There’s Nothing Accidental About Murder

When one person kills another through a genuine accident or through no fault of their own it is termed manslaughter.  When one person dies at the hands of another person who is knowingly in charge of a lethal weapon, it is murder.

And this is what happened to Heath Ledger, murdered by the medical industry who yield their deadly poisons as if they were harmless;  market them as if they were genuinely here to help; and cover up negative studies about side effects so that they can make obscene profits off consumer ignorance.

Is anyone else as furious about this as I am?  Why are Heath Ledger’s Doctors not being held and questioned for their role in this?  Why is no-one asking questions about why this poor boy’s health problems were not properly investigated? Why is no-one being held responsible for their part in his death?  Instead his Doctors just handed out multiple scripts because they had no idea how to help him, and now they are immune from prosecution because his death was deemed “accidental”.  How convenient.

It is outrageous that anyone in our society can be treated so badly, and get such appalling advice from a profession that is meant to heal, that they can easily die from simply taking their prescribed medications.  And this happens EVERY SINGLE DAY, people lose loved ones from exactly this type of situation.  There is absolutely no responsibility taken by the medical profession for this. 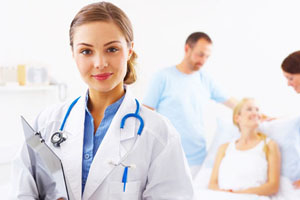 We have moved so far away from what healing is meant to be that I walk around amazed that so many people still have blinkers on when they look at our medical system.  Doctors are still kept in high regard, even though they are incapable of helping people to be healthy.  Have we as a collective, forgotten what role Doctors are meant to play?  Don’t we have the right as a society to demand that we have people in this role that know about health and healing?  Why do we put up with such incompetence in our medical profession and still keep going back, even as we get sicker and sicker?  It is something that I am afraid I just don’t understand.

In any other industry, success is determined by results.  You do a good job, you get repeat business.  But Big Pharma have made such a success out of discrediting any alternative healing modality, that the public often do not even realise they have a choice.  It is like a shoddy builder putting up a house that half falls down, but everyone believes that this is the only way, so they pay huge maintenance bills for the rest of their lives.  Not realising that the builder that really knows how to put a superb house together has been run out of town because he didn’t join the “shoddy builders association” and take kickbacks from the maintenance guys.

I for one am absolutely disgusted that a beautiful young talent has died at the hands of an industry that puts profit before people and has no conscience or sense of responsibility.

We can kick and scream and protest all we like, but true power lies in where we spend our dollars.  If we don’t support their industry, if there is no demand, then they will eventually collapse and leave us alone to pursue true healing modalities that are safe, supportive and effective.  I look forward to that day…