Many of my readers are probably familiar with Elaine Hollingsworth’s research on the dangers of soy in her book “Take Control of Your Health and Escape the Sickness Industry”.  Recently some forward thinking countries introduced warnings labels for soy products, but unfortunately Australia wasn’t one of them.

The following article by David Gutierrez was featured on Natural News:  http://www.naturalnews.com/022882.html

Author Kaayla T. Daniel is challenging what she calls the myth that soy prevents breast cancer. “The truth is that soy protein contains dangerous levels of plant estrogens. Although not identical to human estrogens, these have been proven to increase breast cell proliferation, a widely accepted marker of breast cancer risk.” said Daniel, author of “The Whole Soy Story: The Dark Side of America’s Favorite Health Food.”

“The soy industry consistently plays down the evidence that soy can promote breast cancer,” Daniel said. “It is even using Breast Cancer Awareness Month as an excuse to push its products on unsuspecting women.” 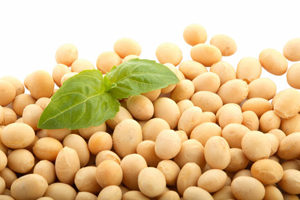 Daniel disputes the idea that soy is responsible for lower breast cancer rates among those who consume traditional Asian diets. She cites a recent study in the journal “Cancer Causes and Control,” which found that Asians who ate more soy did not have lower cancer rates than Asians who ate less.

“The soy industry … heavily promotes the myth that Asians have lower rates of breast cancer because of soy consumption,” Daniel said. “In fact, Asians eat soy in very small quantities, as a condiment in the diet and not as a staple food. What’s more, they eat old-fashioned, whole soybean products such as miso, tempeh, natto and tofu, not the new heavily processed products marketed by the soy industry such as soy milk, veggie burgers and ‘energy bars.'”

“The risks are well established,” Daniel said. “Soy is clearly not the answer for breast cancer prevention. The evidence is mounting that soy may even be part of the problem.”