Could it happen here?

“A new law being pushed in Canada by Big Pharma seeks to outlaw up to 60 percent of natural health products currently sold in Canada, even while criminalizing parents who give herbs or supplements to their children. The law, known as C-51, was introduced by the Canadian Minister of Health on April 8th, 2008, and it proposes sweeping changes to Canada’s Food and Drugs Act that could have devastating consequences on the health products industry.

Among the changes proposed by the bill are radical alterations to key terminology, including replacing the word “drug” with “therapeutic product” throughout the Act, thereby giving the Canadian government broad-reaching powers to regulate the sale of all herbs, vitamins, supplements and other items. With this single language change, anything that is “therapeutic” automatically falls under the Food and Drug Act. This would include bottled water, blueberries, dandelion greens and essentially all plant-derived substances. 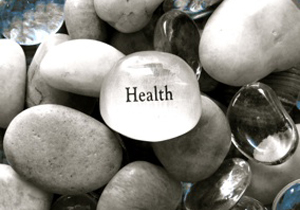 The Act also changes the definition of the word “sell” to include anyone who gives such therapeutic products to someone else. So a mother giving an herb to her child, under the proposed new language, could be arrested for engaging in the sale of unregulated, unapproved “therapeutic substances.” Learn about more of these freedom-squashing changes to the law at the Stop51.com website: http://www.stopc51.com”
Original article from Natural News

Why are the governments in Western society so determined to put such heavy restrictions onto alternative medicine?  Anyone who knows anything about natural medicine understands that it is the safest form of health treatment that we have today, so any attempt to regulate it in the same way as pharmaceutical medicine is completely irrational.

If this same type of legislation gets introduced into Australia, I hope the public puts up a huge fight against it.