I personally haven’t done a great deal of research on the dangers of mobile phones, but I am quite aware that there are potential problems, so I try not to use mine unless I have to.

On Dr. Mercola’s site, www.mercola.com he had a good article on those dangers, and a video from an Australian researcher highlighting some of the research.

“Few people realize this, but brain cancer has now surpassed leukemia as the number one cancer killer in children.

Australia has seen an increase in pediatric brain cancers of 21 percent in just one decade. This is consistent with studies showing a 40 percent brain tumor increase across the board in Europe and the U.K. over the last 20 years. 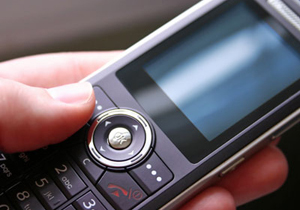 Today, we are quite literally awash in an invisible sea of radio frequencies (RF) and electromagnetic fields (EMF). Sources include home electrical wiring, electrical appliances such as TVs, electric blankets, electric alarm clocks, high tension electrical wires, and certainly mobile phones. More and more people are even reporting being “allergic” to EMF and radio waves.

In the video (above), Dr. Tia states that for some reason, some people are more susceptible to the damage caused by EMR and radio frequencies than others, but that all children are at a much greater risk than adults.

But just HOW are electromagnetic fields and information-carrying radio waves capable of causing damage in your body?”….

To read this article and watch the video – go here