I love reading old books on health and food, and find some of the concepts and ideas absolutely fascinating!  Some are just plain wrong, and it can be really funny to read how adamant some of the writers are about their particular point of view – and with the limited information that they had at the time it can be absolutely hilarious!

However there is one writer who had a pretty good handle on food and healing, and that was Arnold Ehret.  He wrote several books – one popular one being “Arnold Ehret’s Mucusless Diet Healing System”.  It was written in the early 1900’s and is a blue-print for healing all sorts of disease with fasting and whole foods.

He had a fascinating journey in healing himself of debilitating illness with natural methods, and spent years teaching and lecturing on health. 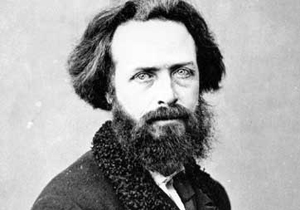 I was reading through this book just the other day and found this:

…”You were taught in former lessons why these “conclusion” are wrong, and have produced the “protein” fad and later the “mineral salt” fad, and now the very latest fashion, i.e., the “raw food” fad…”

Isn’t that just classic?  Here we are in 2009 with raw food “taking off” – when Arnold Ehret was writing the same thing 100 years ago!!!  I had to laugh as so many raw foodies today appear to think that they invented this movement, when it’s been around for a long, long time!

The concept of healing with raw food isn’t completely new, it’s just information recycled around and packaged and presented in new ways.   And it was probably the same 100 years ago and wasn’t new then either!

Next post: Is the Connection So Hard To See?