Natural News: “The U.S. Food and Drug Administration today stands accused of taking part in the kidnapping and illegal extradition of a permanent resident of Ecuador, in violation of both international law and Ecuadorian law.

Greg Caton, owner and operator of Alpha Omega Labs (www.AltCancer.com), an herbal products company that sells anti-cancer herbal remedies made with Ecuadorian medicinal herbs, was arrested at gunpoint at a road checkpoint in Ecuador, then transported to an Ecuadorian holding facility to await a hearing on December 14, 2009. Caton was expected to be set free by the Ecuadorian judge at that hearing based on the facts of the case which indicated Caton’s permanent residency in Ecuador is legal and valid. 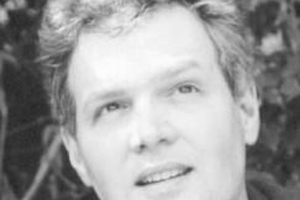 Three days before the hearing could take place, Caton was taken from his holding facility and, with the help of U.S. State Department employees, involuntarily placed on an American Airlines plane headed for Miami. An Ecuadorian judge rushed to the airport in Guayaquil and demanded that Caton be released from the plane, stating that the attempted deportation was illegal, but American Airlines employees reportedly refused to allow Caton to leave the plane, stating that the plane was “U.S. territory” and that Ecuadorian law did not apply there (even though the plane was still on the tarmac in Guayaquil and under the direction of the air traffic control tower there).

The plane then departed Guayaquil and continued its flight to Miami where Greg Caton was held in a federal detention facility to await trial in the U.S.

His crimes? Selling herbal medicine and daring to tell the truth about those medicines on his website.”

Read the rest of this eye-opening article here: Natural News: