Here we are, a new year, a new decade, a new start and William and I just got engaged

Last year I wrote this post below, and I wanted to reproduce it here because what I’ve written applies so well again.  It has been a great year – the success of the Embracing Life! Retreats has far surpassed my expectations; I have formed new friendships and strengthened old ones; my health has improved another level; and my close relationships are as mutually supportive as ever….

“It is New Years Day, and even though I know a lot of the population are tired and nursing hang-overs from last night’s celebrations, that is far from the picture in our house

I must be getting old! but anything past 9.30pm is past my bedtime, and alcohol just makes me feel awful, so we had a very quiet night this year!

I love New Year’s Eve. To me it symbolises a fresh start, a new year with new possibilities and the anticipation of not knowing what the year will bring and how you will look back on what has happened 12 months from now. It is always an exciting time of year for me, and I celebrate it by reflecting on the past year and the lessons learned, and setting goals for the new year, and allowing those dreams and visions for the future awaken my imagination. 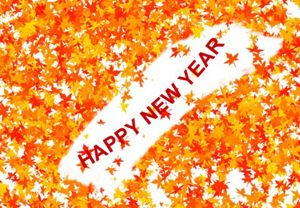 But the one thing I felt that was missing this New Year’s Eve, was the feeling of connection and community that was present in so many of my past New Year’s – and Mum and I fondly remembered the parties of Paterson Street where I grew up, and lived from the age of 7 until I left home at 24.

We lived at the very end of a small cul-de-sac street full of families, and over the years about 10 of the neighbouring families developed friendships that saw our street turn into a supportive little community. Every time there was an excuse for a party or celebration, there was one on!

We would rotate which house the party was held at each occasion, and everyone would bring their specialty food dishes to share, a bottle of wine, and lots of cheer. There was never any nasty drunkeness or unpleasantness; and my memories of those times are of a group of people happily sharing, laughing and connecting that made me as a child feel like I belonged, and was in a safe, secure and loving environment.

We all knew each other well, and knew that any one of us would be there to help at the drop of a hat.

There were many excuses to get together. Christmas Day of course, was for family – but Boxing Day was for the street; as was New Year’s Eve and then New Years Recovery the next day; Bonfire night (where we spent weeks building a huge bonfire in one of our paddocks and held the party around it – and that was before firecrackers were banned!); and any public holiday was fair game.

I talk about the fact that there is more to healing that just diet, there are many aspects, and supportive relationships and a sense of friendship and community is also an important part of health. But so often in this culture we miss that. We live in apartments where we don’t know our neighbours, we have workmates and acquaintances rather than friendships, we move a lot, and don’t have time to build the connections that seemed to be so easily built when I was growing up.

So in some ways that is one of my resolutions this year – to build stronger connections with people, and eventually I would love to re-create a group of friends and family around me, with the genuine love and caring that we had in the legendary Paterson Street days.”