I’m pretty sure that this is the first time Australia has seen a Raw Cacao Party of this type – and what a fantastic night it was!

One thing I love about the people involved in the raw food scene, is their dedication to having a great time, without the need for alcohol or drugs (well, most of them anyway!).  I was SO looking forward to a big night of dancing to good music, drinking raw cacao superfood elixir’s and having fun with a bunch of like-minded people. 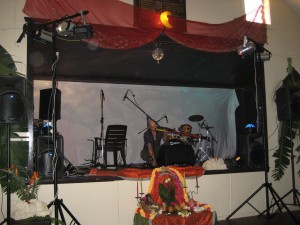 The party started off with David Wolfe (a.k.a. Chocolate Pope Avocado Cacao) presiding over a Raw Cacao Celebration Ceremony to honour the sacred bean. 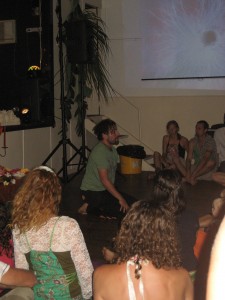 Once the ceremony was over – it was into the dancing!  We were SO lucky to have Ganga Giri performing for us!  This was the first time I had seen Ganga live and the music was incredible.  Such energy, passion and power in the music, we danced until we dropped. 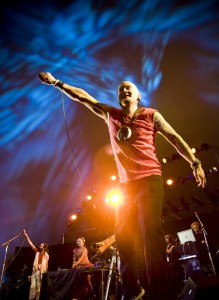 I am now a HUGE fan of Ganga Giri

Well, it was a great night and a lot of good, clean, dancin’ fun was had by all.