I Have a New Name!

For my birthday today, I’ve gifted myself something that I’ve been wanting for some time now – a new name!

The decision actually wasn’t that easy. Leisa Wheeler has a history – I’ve had that name for nearly 50-years now and it is the one that I commenced my naturopathy career with. The one that was attached to articles in newspapers and magazines, published in books and in manuals for lectures and seminars, this name made its way onto the cover of the fantastic magazine Holistic Bliss, and has been linked with my business Embracing Health for 12 years. My name in so many ways has been my business and my identity.

But something changed. I changed. And the change was so complete and so drastic, that my name doesn’t fit me anymore. That person no longer exists and no matter how much I try and be at peace with the history of my name, wanting to change it has been niggling at me for probably about two years now. Leisa Wheeler is no longer who I am, and it’s time to put that phase of my life behind me and shift into a new one. A new name brings with it a fresh energy and puts a full-stop on the past. It is symbolic of a transition, a death and a rebirth. A shaping of existence into a new way of being, and naming that shift feels like a rite of passage. 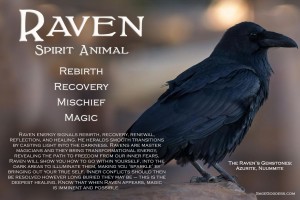 Three years ago, I was the target of an intense and inhumane bullying campaign by my sister. The terminology for this type of attack is narcissistic annihilation, or at times it is called mental murder. It is the psychological and emotional destruction of another person to the point of discarding them as if they do not exist and never did. For no rational reason at all, I was expelled from my family, cut off from contact with my beloved niece and nephew and subject to a torrent of abuse. I was given no opportunity to communicate, and any attempt at conversation, working through any issues, being heard or defending myself was shut down with no recourse. Both my parents participated in, and enabled the abuse – invalidating, gaslighting, and triangulating – and chose to believe in a lie rather than acknowledge the abuse that was happening right in front of their faces. Abuse not only of me, but the alienation abuse of three innocent children who did not deserve to have their life changed at the whim of a toxic adult.

To lose not only your family of origin, but extended family and friends in one fell swoop, is a type of death. In the past, to be ostracised from your village equalled death, and I believe we have that primal knowledge carried within our cellular memory. To lose our village was to lose ourselves and to lose our life – there was no greater punishment than that. For me to come to terms with the fact that I was completely expendable and held no value within my family and greater circle, was devastating. Although I physically didn’t die, “Leisa Wheeler” certainly did.

The C-PTSD I was left with from the trauma of the abuse and the grief of losing my niece and nephew meant that I lost huge chunks of my memory, including pretty much my whole naturopathic knowledge of over 25 years of study and working with thousands of patients. It all disappeared – all of it. I lost everything that made me “me”. My family, just about all my friends and work colleagues (bar a couple of amazing people who stuck by me), I lost my career, my health, my knowledge, my business, my finances, my memory – it was all gone. A stripping away, and at a very fundamental level it was a death. But with death comes the opportunity of rebirth and with the love and rock-solid belief in me by my husband, (and my family of animals) I was given the gift of rebuilding myself anew. And during this time, I learned and studied and healed, and learned and studied and healed some more. I evolved into a very deep understanding of the wounds, pathologies, cellular memories and ancestral patterns handed down through generations of my family of origin. Those insights and truths that came through to be healed form the basis of much of the work I will do in the future. I have a whole new website under development and will be sharing my years of delving into these topics, and telling the stories of the depths I had to plunge to in order to discover the truths that had to be revealed (and what had to be let go of) on the path to self-empowerment. And so Leisa Ravenscroft was born. (And over time my memory returned as the trauma healed) 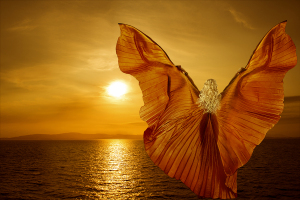 A couple of years ago my cousin changed her name after a particularly awful marriage breakdown – and as soon as I saw the name Ravenscroft I knew it was my name too. I had goose bumps and shivers up my spine as soon as I saw it. I contacted my cousin immediately, and she told me the story of our common ancestor Susannah Ravenscroft who was one of the early arrivals to Australia.

I hope I have this right, but Susannah was working as a maid or servant for a wealthy family in England, when she was accused by the wife of stealing what I believe may have been a nightie. From what I understand it is likely that young Susannah was attracting too much attention from the man of the house and a deliberate plant was made of the nightie to send her on her way. Susannah was arrested and sent to Australia on a convict ship. The book “The Floating Brothel” by Sian Rees gives a very good account of what young women on convict ships were subjected to. Once she arrived in Australia, Susannah was sold to a soldier and indentured with him for 7 years before gaining her freedom. She went on to live a full and successful life, making a family in Penrith NSW, and becoming a prominent and respected member of the community. Her perseverance and indominable spirit resonated with me and it was then I started toying with the idea of changing my name.

The other part of the name that struck me straight away was the fact that it contained the word Raven. From a very young age I’ve had an affinity and love for birds, hand taming them out of the trees with endless patience as a child, and now living with parrots that are like my naughty toddler children. I’ve worn feathers woven into my hair for years, and birds are a symbol of freedom, of soaring above and reaching heights we can only dream about as earth-bound beings. The cry of the black cockatoos that live on our property are like a song straight to my soul. 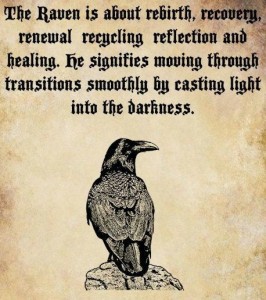 For me, the Raven also brings up poignant mythology. There was this passage in the book “Wild: A Journey from Lost to Found” by Cheryl Strayed that inspired me.

“It’s got to be a corvid,” she said, reaching over to touch it delicately with one finger.

“It’s either a raven or a crow, a symbol of the void,” she added, in a mystical tone.

“It’s a good thing,” she said. “It’s the place where things are born, where they begin.

Think about how a black hole absorbs energy and then releases it as something new and alive.”

Which is perfect for this time in my life.

And then there was this from “Southern Hemisphere Pagan”:

“In the past the Raven was seen in a not so favourable light. Its past association as an omen of bad news and even death have been replaced with ideas of challenging times bringing opportunities for growth. But more recently the Raven has become recognised for its connection to knowledge and the power of intellect.

Strongly associated with many traditions, the Raven is celebrated by the Celts, Romans and the Greeks. The Morrigan, Valkyries, Odin, Athena and Apollo are all said to hold favour for this intelligent bird.

Raven is often seen as the carrier of souls, and like all birds, are associated with being messengers between Heaven and Earth. Raven is also seen as a holder of ancestral knowledge. In this sense Raven is an Oracle. Although sometimes seen as a solar animal Jung believes the Raven to be a symbol of our dark or shadow self. Your darker side is just as important to explore as the light, as it brings balance.” 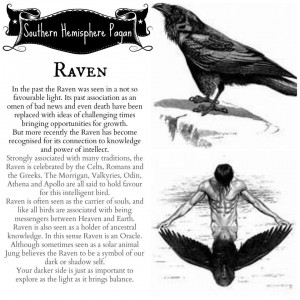 I have always loved symbols and synchronicities and on this birthday, I am moving into what is numerologically a “1” year, the commencement of a new nine-year cycle. A one year is about new beginnings, a sense of clarity for the future, and moving forward with a fresh start. Planting the seeds that will flourish over the next nine years.

Leisa Wheeler feels like old, stagnant, tired energy that needs to be gently let go of now. There is grief in letting go of who I was, because I know how desperately hard I tried. How hard I fought to be loved, accepted and valued for who I was. And was so deeply hurt and wounded to never find that in the family, friends and colleagues who I adored and willingly gave my heart to. That pattern and that energy doesn’t have a place to reside in me now.

To fully move past those wounds, the energy and history of the name that I carried with me through that time also has to move on. To allow a new resonance to emerge, one of self-empowerment, authenticity and truth in action.

Thank you for being with me during this transition and honouring my decision to take on an ancestral family name that fits with the new woman I have become.

You are truly a most magnificent woman Leisa Ravencroft. You have more than earned your wings and can fly happily into your new phase of life. I wish you the utmost happiness, abundant health and wealth. From the bottom of my heart I thank you for all the healing both spiritually and physically that you have brought to so many people over so many years and I know you will continue to facilitate changing people’s lives for the better for many years to come. Namaste ????

I love your new name. From the bottom of my heart I thank you for all you do for creatures great and small. You are an amazing and inspiring human being with incredible knowledge and skills. Be at peace within yourself and know you have given so much to so many- and fly, fly, fly – free as a bird. ??????????

Over the years I have always loved and resonated with everything you have written here and on Facebook (especially recently!). I am saddened to hear of what your family put you through. Sending lots of love to you and your beautiful new name!

All I can say is that your story captured me and your decision with your new name just feels so true, important and right. Hello Leisa Ravencroft