A new Japanese restaurant has opened up close to me, and being someone who generally loves Japanese food, my partner and I were quick to try it out. I was particularly attracted to the NO MSG message they displayed on their menus. I have noticed as I have got older, MSG has become more and more of a problem for me. 10 years ago when I was living in Japan, it didn’t bother me at all. I happily ate all the delicious savoury broths, filled with MSG deliciousness, and never had a side effect to mention. But as the years have gone by I have certainly noticed symptoms creeping in after indulging in Japanese food around the Gold Coast.

For me, it’s sleep disturbances (and I sleep like the dead, so this is a big thing!), periods of insomnia and wakefulness, sweating, and a very dry mouth coupled with thirst. I also end up feeling weird. No other way to put it.

Unfortunately, once we decided we liked our local Japanese restaurant, it became a bit of a regular haunt. And the more I had it, the more I noticed MSG effects. Upon further investigation, I found that they do not ADD MSG, but they do use ready made products such as sauces, wasabi, and broths, that already contain MSG. Very sad-face. 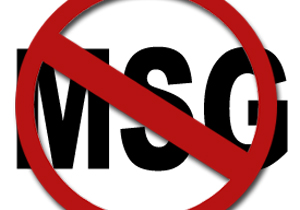 This got me thinking about MSG and if it is such a common staple for Asian cultures, why do they not all suffer the way I do?  Doing some quick research I found an article called “If MSG is so bad for you, why doesn’t everyone in Asia have a headache?”, MSG is explored in detail. Click here for the full article or read on for my highlighted points.

This article told me a lot about MSG, but it didn’t tell me why Asian cultures seem not to be troubled by Chinese Restaurant Syndrome. It also gave an excellent list of alternative names to MSG, as well as glutamate containing natural foods which I have included below. I know I can personally eat all of the foods on that list without symptoms, so for me it must have something to do with the processing and isolation of the molecule.

In natural medicine we learn the whole is greater than the sum of its parts, and this might be the case for glutamate containing foods- something in the whole food negates the MSG effect. I know it is something I would like to avoid in my general life, and therefore I have sadly said goodbye to some of the yummy broths at my local restaurant. When I go now, I stick to fresh sushi and a gluten free soy sauce they provide. That seems to do the trick. 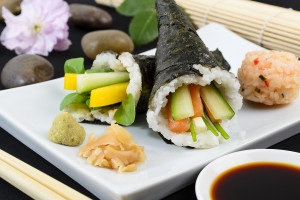 I hope some of your MSG related questions have been answered. As a naturopath, I would encourage everyone to become aware of just how you feel after eating certain foods. If you become aware of certain symptoms that emerge after the same food or restaurant, it could very well be additive related. Remember that your body doesn’t do things without reason. If MSG is making you feel unwell, or weird as I like to put it, it is your bodies way of telling you to stop eating it. To read the rest of this article, click here.