The Art of Conscientiousness

It is an interesting word – conscientiousness – and it is one trait that I admire in people and one that I aim to embody myself.

This is what it says in Wikipedia:

“In psychology, conscientiousness is the trait of being painstaking and careful, or the quality of acting according to the dictates of one’s conscience. It includes such elements as self-discipline, carefulness, thoroughness, organization, deliberation (the tendency to think carefully before acting), and need for achievement. It is an aspect of what was traditionally called character.

Conscientious individuals are generally hard working and reliable. When taken to an extreme, they may also be workaholics, perfectionists, and compulsive in their behavior. People who are low on conscientiousness are not necessarily lazy or immoral, but they tend to be more laid back, less goal oriented, and less driven by success.”

I know that when I am not in balance, I can certainly move more towards the workaholic and perfectionist part, rather than just being thorough – but on the whole, being conscientious has been a wonderful asset to have. 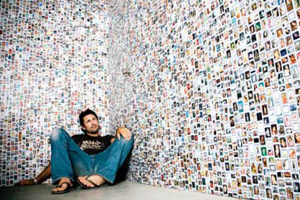 One story comes to mind.  In my early twenties, I was working as the receptionist in a five star hotel.  The hotel was in trouble and looked like it could go into receivership at any time.  All the staff had lost interest and were just biding time until they found something better.

One evening shift I received a phone call with a long and detailed message for one of the in-house guests.  It involved flight numbers, times, addresses and was phoned in on a mobile that kept breaking up.  I took down the message, confirmed all of the details, delivered it to the guest and then ensured the taxi was booked for the correct time to take the guest to the airport to meet that flight.

Once they took over the hotel, they sacked 95% of the current staff – but I received a traineeship that had me working through every department of the hotel, with a clearly defined pathway to eventually become a GM myself. I ended up changing direction in life, but at the time I was very excited at my prospects.

The essence of this, is in the intention, not the outcome.

There is an old saying and I can’t remember it properly but it goes something like “What is enlightenment?” asked the student of the master “Did you have breakfast this morning?” he questioned in return.  “Yes” said the student, puzzled. “Did you wash your bowl?” he asked.  The student nodded. “Ahh yes,” the master pointed out “But did you do a good job?”