Goodness I get cranky when I see articles written by journalists appearing in the mainstream press, who do not have a clue what they are writing about!

This is the case in an article I found on dailymail.co.uk  “The great detox myth: Millions of women swear by detoxing – but is it just an expensive waste of time?”

The first mistake the author makes is lumping in genuine detoxification programs based on countless years of  genuine scientific study and research, empirical evidence and documentation of results; with fad “detox diets” promoted in glossy magazines and those used as marketing ploys.  She dismisses and ridicules the concept of toxic contamination from pesticides and other chemicals causing health problems, (offering no evidence whatsoever for her claims), yet we have clear evidence from researchers such as Randall Fitzgerald, author of The Hundred Year Lie, that this IS the case:

“Five major public surveys testing blood and urine for chemical contamination have been conducted among thousands of volunteers, with results indicating that every resident of industrialized countries now carries within his or her body an average of seven hundred synthetic chemicals absorbed from our food, water, and air. 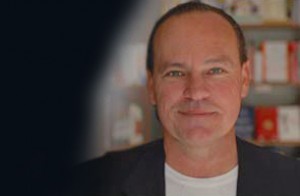 The author then quotes a dietician (meaning government trained lackey for the multi-national food companies and Big Pharma) who goes on to say ridiculous statements like: “Dieticians are scientists, which means we like facts and definitions,’ she says. ‘The term detox doesn’t mean anything. As a result, people can claim something detoxes you without having to prove it.”

As any good naturopath will be able to tell you, the term detoxification is defined as a process by which the liver makes toxins safe for excretion.  These can be toxins taken in through food, air, water and our skin, and also those endogenous toxins we produce within our body from natural metabolic processes.  This is a function which happens within our body all day every day – it is a natural process – and we enhance this natural action when we engage in an authentic detoxification program.

1)     lowering the amount of chemicals being ingested,

Unfortunately most of the fad “detox diets” don’t cover all of these areas.  They may lower the chemicals being ingested by taking in only juices and certain foods, but they don’t usually address the specific nutrients needed to support the liver’s function in binding and excreting toxins, and they also don’t provide support to assist in moving the toxins out of the body.  These supports can include far-infrared sauna’s, yoga, breathing techniques, skin brushing, bowel cleansing or colonics – and ideally all of these.

Those three steps are vital in getting good results, and only these type of comprehensive detoxification programs should be undertaken, under the supervision of a qualified naturopath who has experience in, and understands what is happening in the body during the program.

A good detoxification program does not lead to starvation as the dietician asserts.  With proper nutrition supplementation and organic juices full of vitamins and minerals, you are not moving into a process of starvation.

When Randall Fitzgerald completed three weeks on this type of program, doing comprehensive blood, urine and hair analysis before and after his detox; the results were clear.  The program removed copious amounts of contaminants from his body and his blood-work parameters (the evidence that the detractors try to ignore) had improved.

Don’t be fooled by journalism at it’s worst – but be discerning about what type of detox you choose to undertake.