Juicing Can Wreck Your Looks – Really?

I enjoy flicking through mainstream media sites to see what is capturing people’s attention, and also to see what is being said in the health arena. Quite often I will be asked about a certain news report on health, or a new diet craze, so I feel it’s important to keep up-to-date, not only with real health news, but also with “pop” health news as well.

Unfortunately most articles on health in the mainstream media are woefully researched and contain lots of misinformation. This article about juicing posted on the Daily Mail news site, was one that made me laugh, and it was so inaccurate that I just had to refute it. The article is titled “Juicing can wreck your looks: Flaking skin, hair loss and rotting teeth. The latest A-list diet craze has some ugly side-effects” and it examines the “juice detox” fad.

“It sounds terribly good for you — just masses of fruit and vegetables all juiced together, filling you full of vitamins, minerals and anti-oxidants. But while if you’re doing it Aniston-style and eating normally for most of the week, it probably won’t do you any serious harm, the truth is that a juice regime that lasts several weeks — or even just several days — could actually be wreaking all sorts of havoc on your health”.

So adding in masses of juiced fruit and vegetables whilst eating normally “probably won’t do you any serious harm”. OK… But the way that sentence is worded implies that it could do some harm? Is that moderate harm? Mild harm? What sort of harm are they talking about? And where is the study to back up the claim that a juice regime of several days or weeks wreaks havoc on your health? I would love to see that one! The truth is, that there are more vitamins, minerals, antioxidants, and phytonutrients contained in one glass of fresh vegetable juice, than many people consume in an entire day. Compare the “normal” breakfast of toasted white bread slathered with margarine, and a cup of tea with sugar and skim milk, with a celery, cucumber, kale and orange juice, and let’s see which breakfast is “wreaking havoc on your health”.

“To start with it’s unnecessary. Your body doesn’t need to detox, your digestive system doesn’t need to rest, and if you’re seriously worried about your diet and your health, you need to make long-term changes.” 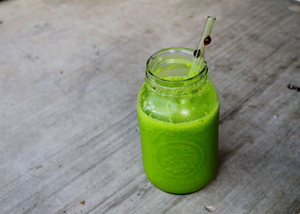 Yes, your body does need to detox, yes, your digestive system does need to rest, but also yes, long-term changes are also important. In the polluted world we live in today, detoxification is becoming more and more important. We are exposed to thousands of man-made chemicals which do not belong in our body, and the body burden of toxicity is forever climbing. A supervised juice fast is one proven method to assist the body in removing harmful toxins and lowering that burden. Something the author of the article has not looked into at all.

‘You might be getting a quick sugar rush,’ says Natalie, ‘but you’re not consuming any carbohydrates, so exercising, or even normal daily life is going to be almost impossible. You’ll feel light-headed and exhausted.’”

I think the dietitian interviewed for this article is a little confused. If you’re not consuming any carbohydrates, how do you get a sugar rush? I thought sugars were carbohydrates? Silly me! I think they are also confused about whether juice fasting is high calorie or low calorie – here are two paragraphs from the same article:

“If that’s not miserable enough, you could find that your net calorie intake is higher than if you were eating normally. Because while juicing gives you the same level of vitamins as you’d get from eating the whole fruit or vegetable, your body isn’t using any energy to break down the food so calories from the natural sugars in the juice aren’t offset by those usually used in digestion…. And there are long-term issues too. ‘Low-calorie diets like this cause the body’s insulin levels to spike and crash which initially causes break-outs, but over time, this insulin cycle alters the structures of collagen and elastin in the body, making them stiffer, and causing skin to look prematurely old.”

I wonder where they got this information from? How did juice fasting suddenly become a “low calorie diet”? Eating cardboard with no nutritional value could be classed as a low calorie “diet” – so comparing that to highly nutritious vegetable juices is a big call. With fresh juices being very high in vitamin C, which supports collagen production, I am inclined to consider juices as an anti-aging remedy rather than an aging one. I have taken many people with Type 2 Diabetes through juice fasting, and we find their insulin levels tend to normalise through a juice fast, not spike and crash as indicated in this article.

“‘By all means have a juice as one of your five a day,’ says dietitian Natalie Jones. ‘But any more than that simply won’t give you extra benefits, and could actually end up doing you more harm than good.’”

In this malnourished, overfed, processed-food society that we live in, I find it hard to believe that anyone would discourage something as healthful as juicing, with warnings about more than one juice doing more harm than good. Note to self. Must review the juicing regime at my retreats… Or not

That’s the craziest thing I’ve seen today! Thanks for the giggle Leisa!

You are very welcome! I certainly had a good laugh myself

Hi, I’ve read about the article you mention in The Daily Mail before, and as a juicer believer I’m totally disagree about it. I am glad to see you voice it out here.

This is also a very good post which I really enjoyed reading. It is not everyday that I have the possibility to see something like this..

I really enjoyed, I would like get more information about this, because is very beautiful, thanks for sharing.

Juicing is definitely the way to go!

But beware of the new breed of super juices that are taking the supermarket shelves by storm with their perceived benefits such as organic ingredients, energy supplements and vitamins.

While they can provide some of the nutrients and vitamins they purport, they don’t deliver when it comes to providing the fibre of fresh fruit, according to Choice spokesperson Ingrid Just. Sugar content can also be astronomical, with teaspoons of the stuff found in some bottles. So that jumbo Boost smoothie you grabbed after the gym, despite its promise of protein properties, could do more to pump up your waistline.

A great article about juices and energy drinks can be found here. http://www.breathemagazine.com/article/food-and-nutrition/highs-and-lows-health-and-energy-drinks-exposed

So true! Most juices off the supermarket shelf have been processed and even though they claim to have fantastic ingredients, often they have such minute amounts they are not going to have any effect on the body, and they are pasteurised and as you say, full of sugars. There is no comparison to a fresh juice at home from organic vegetables and maybe a little a bit of fruit for some flavour – but mainly green juice. They are full of concentrated nutrition you can’t go wrong with! Thanks for your comment. Leis xx

Good post Leisa.
Lots of jibba jabba out there – to confuse those who do not go to school OR do not have bullshit detectors wobbling off the tops of their heads.

Hi Matt,
Had to laugh at your comment – those bullshit detectors are sometimes in very short supply!!!