My Thoughts About the Paul Nison Talk

Last night William and I went along to see raw food speaker Paul Nison on the Gold Coast, and even though it was quite a small event (where are all the raw foodies on the Gold Coast?), he was well worth seeing.

Even though I’ve been studying health and nutrition for a long, long time, and am a qualified naturopath – I still like to get along to see other speakers, especially those in the raw food arena, and hear what they have to say and what principles they are promoting.

Paul was an excellent speaker, with a good sense of humour, and had some very positive themes running through his work.  I was impressed with a lot of what he had to say and it was a very enjoyable talk.

One of the points that I wholeheartedly agree with, is when he spoke about how “feeling great” is not necessarily the best way to tell whether we are healthy or not.  I think that is a huge point, and one that we just don’t hear enough about.

We’ve all heard about the person who feels fantastic for 50 years and then drops dead of a heart attack.  Sometimes problems creep up on us, and before we know it we’re suffering something quite serious, without a lot of warning signs. 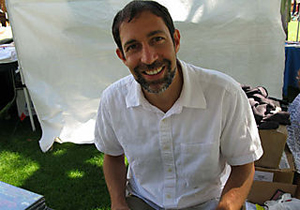 One thing that Paul spoke about, was the necessity of getting testing done on a regular basis, to pick up problems long before they manifest as an illness.  Very comprehensive blood testing, saliva hormone testing, stool testing, urine analysis, hair mineral analysis – he mentioned it all and I believe he has a very valid point.

There is a reason why we study for three or four years full time to become a naturopath.  So that we understand the biochemistry, the actions of vitamins, minerals and other nutrients in the body, to know how the pathways of elimination work, how each organ functions properly – there is an enormous amount of training that goes into becoming a naturopath and I’m afraid that someone who has read all the books on raw food and bought into the belief that a diet only, is all that is needed to heal anything, are very much mistaken.

Especially in this day and age of toxins, there are many more tools in our naturopathic toolkit to assist someone in getting well, other than just diet. And even within a healing diet – such as a raw food / juicing / Gerson type program, there are specific adjustments that can be made within the diet, to assist healing certain conditions – which takes expert evaluation. As Paul mentioned, you need to know if your diet is REALLY working for you on a biochemical level, not just gauging how healthy you are internally, by the fact that you “feel good”.  It’s one factor, but not the only one.

By reviewing your own health parameters, say once a year, you can pick up any deficiencies that may be coming from your diet so that you can tweak it before a problem develops. You can evaluate your stress function, hormone levels, organ function, digestion etc – and if you find that everything is in superb shape – then keep doing what you’re doing!  He wasn’t talking about basic blood tests you would get from your doctor either – just to clarify – he was talking about more detailed functional pathology which usually only integrative doctors will be aware of.

I’ve met too many people on extreme diet’s, who’s bodies are breaking down and they are actually at a stage where they are dying – their bodies are catabolising their own muscle for fuel and their immune system’s are defunct.  This wouldn’t happen if they had have monitored their health earlier and modified their diet until they found what works for them.  That doesn’t necessarily mean moving away from their choices around being vegan, or raw, or vegetarian or whatever – but is more to do with finding foods that are going to suit their particular unique health needs.

I also see many, many people doing raw food coaching and advising on health, who are not actually qualified to do so.  They may know plenty about raw food, which is fantastic, but when it comes to healing a specific disease or problem, it can be dangerous to put yourself in the hands of someone who doesn’t have any training in natural medicine.

That’s not to say that diet isn’t the foundation.  I would never use any herbs, supplements, mineral therapy, or any other type of therapy without addressing the diet FIRST.  But once we have addressed the diet, there is a world of natural medicine available to assist in the healing process.

So thanks, Paul, for bringing that point to light, because it is an important one.