When is Organic Not Organic? When it is Processed!

It seems to me that the authors of these types of articles attempting to discredit organic food have an agenda to push, and they will do it in any way they can, with very dubious information.

I was reading this article “Organic food has no extra health benefits, say researchers” where they go on to say that organic food has “no health, taste or nutritional advantages over conventionally manufactured or harvested food.

That is the damning verdict of a study by Berlin based consumer watchdog group Stiftung Warentest. The results, from one of the most respected consumer groups in Europe – backed and funded by the German government but totally independent – is a massive embarrassment for the organic food industry” 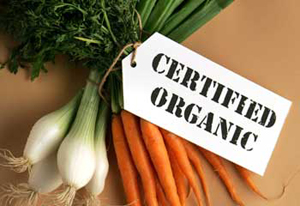 Well maybe the author (and the researchers who put together this ridiculously slanted study) need to learn a few things about organic food.

One is that the benefits of organic food have far-reaching positive consequences for the environment.  The use of less pesticides, herbicides, fungicides, and larvicides is a fundamental point to organic growing.  The use of composting, crop rotation, soil improvement methods, and the benefits of sustainable agriculture and the promoting of local food consumption has enormous flow on effects for us and the world around us.  This study seems to have bypassed that particular point completely.

The second point is that the study was only testing processed and packaged organic food!  I don’t care whether it is organic to start with, once you start cooking and processing the food and packaging it, it is going to lose valuable nutritional qualities.  The foods they tested still showed a fantastic result in 75% of them being completely pesticide free – but that valid point was dismissed as irrelevant in this particular article.

There have been many studies which have evaluated the nutritional content of organically grown produce – (not processed foods) and have found organic to be far superior in taste and nutritional value.

This is just another flawed study designed to confuse consumers and ignores the bigger picture of what organic is all about.