Adrenal Fatigue is a Myth

“The Hormone Foundation — part of the Endocrine Society — has released a controversial “fact sheet” series, titled “Myth Vs. Fact”. One of their sheets is titled “Adrenal Fatigue” and attacks the very existence of the condition, stating, “Adrenal fatigue is not a real medical condition. There are no scientific facts to support the theory that long-term mental, emotional, or physical stress drains the adrenal glands and causes many common symptom.” (You can read the entire “fact sheet” as a PDF:( Myth Vs. Fact: Adrenal Fatigue.)

If you are having flash-backs to self-serving official pronouncements from physician organizations insisting that fibromyalgia or chronic fatigue syndrome are not “real” medical conditions, or even remembering doctors who until recently insisted that spicy foods — and not the h. pylori bacteria — cause ulcers — then you’re not alone.

Richard Shames, MD, a graduate of both Harvard and the University of Pennsylvania, and trained extensively with the National Institutes of Health, and is a well-respected integrative physician and hormone expert in private practice for more than three decades. Dr. Shames is also co-author of the books Thyroid Power, and Fat Fuzzy and Frazzled I asked him to comment on the controversy.

Richard Shames, MD: I don’t agree with what the Hormone Foundation is saying about adrenal fatigue. Their main point is that “adrenal fatigue” is not a real diagnosis and is not proven by medical science. This is to me is either a deliberately deceptive quasi-truth, or a medically uninformed political turf statement. Any doctor worth his/her salt understands that the term “adrenal fatigue” means mild adrenal insufficiency. The Hormone Foundation statement readily admits that adrenal insufficiency IS a real diagnosis. To me, they seem to be denying the possibility that some people might have a mild form of a real diagnosis. That’s short-sighted and excessively arbitrary.

Mary Shomon: One of the issues the “fact sheet” discusses is that there isn’t a test that can detect adrenal fatigue. 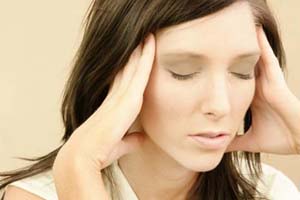 Mary Shomon: There seems to be a parallel to patients who have borderline hypothyroidism. The mainstream TSH test says they are “normal,” but many physicians now recognize that levels within the so-called “normal” reference range may in fact still reflect a thyroid problem.

Richard Shames, MD: Absolutely. Mild low thyroid is a good analogy to mild adrenal insufficiency. Current blood tests are often just not sensitive enough to show an abnormal result on all the people who do indeed have a mild form of hypothyroidism. 15 or 20 years ago many endocrinologists were denying “mild hypothyroidism” as a true diagnosis. This is strikingly similar to the current denials of mild adrenal insufficiency. It took years of mounting scientific evidence, but now many endocrinologists are saying, “Doctors and patients alike need to be more aware of the real possibility of undiagnosed mild or borderline hypothyroidism.”

Mary Shomon: Will the medical establishment eventually move in that direction?

Richard Shames, MD: Yes, definitely. The current flap is the same non-issue, based on the same non-argument. So, when blood tests get even better, and/or when saliva hormone testing gets even more accepted within the mainstream, adrenal fatigue will be seen as the real diagnosis that it truly is: “mild adrenal insufficiency. In other words, a mild form of a true diagnosis, that current standard blood tests often miss.

Mary Shomon: Until that diagnosis becomes understood and better accepted, what be done?

Richard Shames, MD: First of all, it would help to start calling it adrenal insufficiency, which it is, and for which a “real” diagnostic category already exists. (The mainstream ICD-9 code for this is 255.4) Mild forms of this real condition can currently be diagnosed by a combination of a good medical history, along with a focused physical exam, plus a sensible combination of well-chosen blood, urine, and saliva testing. should do it for now.

Mary Shomon: What about the claims by the Hormone Foundation/Endocrine Society that “…tests for adrenal fatigue are not based on scientific facts or supported by good scientific studies…”

Richard Shames, MD: There are surprising numbers of scientific studies and books published by endocrinology researchers and professors, which refute these odd statements on adrenal fatigue. I am currently working on an additional review of the issue, to share with your readers, which will summarize and pinpoint what many other doctors and I see as the deeper truth about this topic, as opposed to the Endocrine Society’s superficial disparaging of an important issue.”

If my wonderful doctor hadn’t diagnosed me with “adrenal fatigue” all those years ago and helped me find the right treatment, I guarantee I wouldn’t be doing what I’m doing now.  He saved me from a life of “chronic fatigue” and I will be forever thankful that he was able to think outside the box, and recognise this insidious condition.  If your doctor subscribes the narrow minded guidelines found in this report, then you definitely need a new doctor!  For more information on fatigue, please see my videos on the subject – “Are You Fighting Fatigue?”

To check your adrenal cortisol levels, I find saliva hormone testing the best, you can read a lot more information about that here:  www.salivahormonereport.com