The Course Of Disease

Since I’ve really ramped up my naturopathic consulting again this year, it’s been great to get reminded of the reasons why I entered this field so long ago and what drew me to the natural healing profession, even as a child. One of the things that I love about natural medicine is working with the bodies’ own healing ability and getting to the core issues of why a person’s health is suffering. For me it is like a jigsaw puzzle – I need to find all of the right pieces and put them together in the right order, for the person to be able to heal. 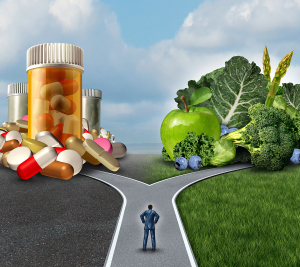 When a patient comes in to see me who has a disease, a disorder, or a symptom, I ask questions. I delve into a person’s history, I look at the factors needed to create good health, and factors that can interfere with optimal function. I might look at nutrient deficiencies, toxicity, stress, dehydration, medication, family history, and a multitude of other factors to trace where the problem may have started from. Quite often I can see the clear path a person has taken that has led them to a situation of poor health later in their life. However if the original issue had been corrected, the current state of illness may have been prevented. The medical profession do not work that way though. They don’t look for the underlying causative factors, but instead offer pharmaceutical solutions to attempt to relieve the symptoms, that don’t heal the original imbalance.

The most frustrating thing for me in seeing patients who are very ill in their forties and fifties, is the fact that it is often medical intervention that has taken them further down the path to poor health. By not correcting the original issue at it’s core, it sets people up for a lifetime in the medical system, and the outcome is rarely good. For example this is a typical scenario:

This type of case is much more common that you would believe. As a practitioner taking a person’s history, as they talk I can see the story unfolding and how one health issue that was never treated properly in early life, has led to a domino effect of consequences leading to a severe disease state in later life.

In the above example, this history started when the patient was fifteen years old with a diagnosis of endometriosis. Endometriosis is a multi-faceted disorder and naturopathic treatment doesn’t offer one neat pill as a solution, but it does offer a holistic and thorough resolution of the issue. I would look to factors such as oestrogen dominance, xenoestrogen effects from environmental toxicity, I would evaluate diet and the role of high dairy consumption in growth disorders, I would review heavy metal toxicity, nutrient deficiencies, digestion, thyroid health and circulation. I would likely start the patient on a herbal medicine regime, I would balance hormones, clean up her diet and ensure optimal nutrition. Endometriosis is curable, but it is a symptom that tells us of a deeper level of imbalance that needs correcting.

Because this patient didn’t heal the factors that were causing the endometriosis, they continued on their path of destruction. At each stage of disease or disorder, the medical system intervened with more medication and surgical solutions. At any stage of this patients’ history there was the opportunity to search for the underlying reasons for her poor health and the opportunity to reverse them. Yet time and again she put her faith in the medical profession to provide solutions, and in my opinion they let her down every time.

Seeing these type of stories over and over again reinforces how important it is with any health issue, to uncover the root cause and heal it, rather than cover up the symptoms with medication. The body has an incredible capacity to heal, but when imbalances are left unchecked for decades, disease can easily manifest. A good naturopath can see the patterns in a patient’s history and trace a disorder right back to the original issue that set them on their path.  As Ann Wigmore famously stated: “The sober truth is that there is no cure for anything besides the body’s inherent ability to heal itself.”  And it is the job of the naturopath to facilitate that outcome by providing the right tools and environment for healing to occur.

This makes so much sense to me Leisa, and is something I’ve observed myself in family and friends. In their fifties, they’ll suddenly “get a disease” but they don’t link it back to the things they’ve done over the past few decades that led to that disease. Pointing it out doesn’t get you anywhere either

The most frustrating thing for me in seeing patients who are very ill in their forties and fifties, is the fact that it is often medical intervention that has taken them further down the path to poor health.