A High Fibre Diet Is The Key To Longevity

A small Australian study has just been released showing that a diet high in fibre is a key indicator in what is called “successful aging” – defined as not suffering from disability, depression, dementia, respiratory problems, cancer, heart disease or stroke. 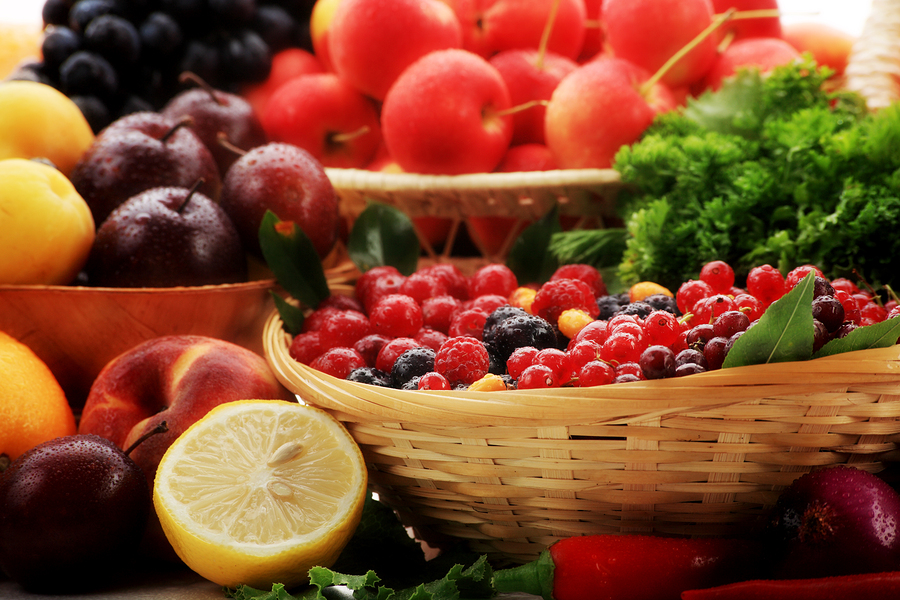 The article states: “Dr Bamini Gopinath, from The Westmead Institute for Medical Research in Australia, who led the study, said: ‘Out of all the variables that we looked at, fiber intake – which is a type of carbohydrate that the body can’t digest – had the strongest influence. ‘Essentially, we found that those who had the highest intake of fiber or total fiber actually had an almost 80 per cent greater likelihood of living a long and healthy life over a 10-year follow-up. ‘That is, they were less likely to suffer from hypertension (high blood pressure), diabetes, dementia, depression and functional disability.’

Researchers used data compiled from the Blue Mountains Eye Study, a benchmark population-based study that examined a cohort of more than 1,600 adults aged 50 years and older for long-term sensory loss risk factors and systemic diseases. They used the data to explore the relationship between carbohydrate nutrition and healthy aging.”

The interesting thing about the results of this study (and of course this article is the very simplified version) is the importance of carbohydrate intake, especially in the form of fruits and vegetables. The links in this article are not made between the fibre intake and the other benefits of these types of foods such as the high vitamin, mineral and antioxidant intake, or the association between fibre and bowel health, which to me is one of the most significant areas worthy of further study.

In the bowel, fibre has many roles to play. It acts as a bulking agent to encourage healthy peristaltic action and movement of the contents of bowel through in a timely manner. With reduced fibre, the bowel doesn’t move as well, and constipation or a sluggish bowel with a longer transit time can occur, allowing toxins to be reabsorbed from the waste matter which is sitting in the bowel for too long. Fibre acts like a brush through the bowel, cleansing the  lining of the bowel, not allowing a build up of waste matter to attach to the bowel wall. It also absorbs toxins and facilitates their passage out of the bowel, so fibre becomes a very important tool in the role of detoxification. Another very important factor is the necessity of fibre to feed the probiotics (good bacteria) in the bowel. Good bacteria ferment dietary fibre to produce short chain fatty acids. These fatty acids help to keep the bowel healthy – the provide fuel for the bowel cells and keep the pH balance and the ecology of the bowel healthy. If there is a low short chain fatty acid environment in the bowel, it leads to a situation where bowel cancer is more prone to develop. If the good bacteria are well fed and looked after, then this confers to a well supported immune system, brain chemical balance, lowered toxicity levels, and better nutrient absorption.

This finding that higher fibre intake promotes health and prevents disease, although not conclusive, provides a great insight into one of the more important dietary influences on longevity and aging. With the popularity of  high protein / low carb type diets, the health issues associated with a low fibre intake are going to come to light. A high protein diet in the short term can definitely be successful for quick weight loss as the body is manipulated into burning fat for fuel, but it is not a long term solution for good health. Fibre is found in carbohydrates, and wholefood carbohydrates are not to be feared, but are essential in preventing disease and creating vitality for life.

If you would like to find out if the ecology of your bowel is within the healthy range, Comprehensive Digestive Health Testing can determine whether you are having enough fibre in your diet to make plentiful amounts of short chain fatty acids, it will measure your levels of good bacteria, evaluate your transit time and toxicity levels and show risk factor markers for bowel cancer. You can order the test here:

best source of dietary fibre are vegetables.. but they are not delicious as meat when cooking..

I love this article. Since I have become a certain age, it has been extremely hard for me to cut down on belly fat. I exercise, diet, etc. But so far, I cannot maintain my results. I think going to a plant base diet would help me.

Fiber is an essential part of a healthy lifestyle for many reasons. It supports the functioning of the digestive tract, which in turn supports the health of every organ and system in the body. Getting plenty of fiber every day is a key component for a long and vital life. And you can get all the fiber you need from eating a diet that is primarily whole foods, including fruit, vegetables, seeds, nuts, legumes, and whole grains.

Everyone knows diet plays an important role in keeping a person healthy even in the old age, but people don’t care about what they consume and this becomes the reason of many health issues. I am happy that individuals like you care for others and share the information, which can assist in remaining healthy. I hope that diet rich in fiber reduce the ratio of health issues in coming years.
Can you please share the benefits of protein rich diets?

I love this article. Since I have become a certain age, it has been extremely hard for me to cut down on belly fat.

This diet actually works i tried this for almost a month its very effective and makes fit.

Hello
I liked the post. I have tried to lose weight by adopting various diets. Coming across the fiber diet key to longevity seemed promising. I am going to try it soon.
Thanks for sharing.

we are the manufacturers of dietary supplements like glucosamine

Next post: Fountain Of Youth Pill – Stop The Press!