I try very hard not to Dr. bash, (ok, I don’t try THAT hard!), but what they do at times certainly does drive me crazy!

This area came up again today when I had a consultation with an elderly patient who was suffering from faintness, dizziness upon standing and some mental confusion.

After taking a case history and noting what medication he was on, I took his blood pressure and found it to be very low.  No surprise there.  One of this gentleman’s medications was to lower high blood pressure, and upon questioning, the patient said that he had never had high blood pressure in his life, but after a mild heart attack he was given several different medications to take, one of which was an ACE inhibitor (a strong medication for hypertension).  He was also given a blood thinner, a diuretic, a cholesterol lowering drug, sleeping tablets and, of course, anti-depressant medication.

Prior to this mild heart attack, the gentleman had been in quite good health, was fairly active and took NO medication whatsoever. 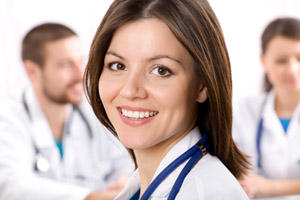 Talk about overkill (no pun intended), but it is such ignorant practice by the medical profession to think that health disorders can be healed with a stack of poisonous pills. It just won’t happen.  This poor man was suffering with such low blood pressure that it was affecting his ability to function properly; he was dehydrated from the diuretic; had typical “Warfarin” bruises from an improper dosage of his rat poison, oops, I mean blood thinner; and was suffering from fatigue, loss of memory and confusion, all of which can be caused by cholesterol lowering, sleeping and anti-depressant drugs.  He was in a terrible state, and most likely it was all caused by zealous overmedication by an industry that has no other answers to societies ills.

I am legally not allowed to advise any patient on their medication, but I can certainly refer them back to their Dr. for a full review, and I always give that Dr. my honest opinion about the medication the patient is on.  It is incredibly sad to see our older generation especially, in a position where they feel that their Dr. has so much authority, that they have no right to question their treatment program.

I urge everyone to question, question, question their Dr. and then question some more!  It is your life, and your health at risk; and you have every right to have an explanation on why a particular drug has been prescribed for you, and you also need to know what the side effects of that drug are.   Even better, don’t take the drug at all unless it is absolutely necessary, and seek out good alternative medicine that help you to heal your body properly, not just cover up the symptoms with medication.

Many thousands of people are killed each year by properly prescribed medication, so please be vigilant with yourself and your loved ones, and don’t let medication take the place of good food, clean water, fresh air, exercise and sunshine.

You are ablsolutely right. Prescription drugs used as directed are one of the leading causes of death in the United States. Yet, the FDA is coming down on natural supplements calling them unsafe. I don’t know of anyone who died from taking their vitamin C or a calcium/magnesium.