Sorry wrong website.  This is about health, as most of you know.

However some Doctors for some reason, know little to nothing about Naturopathy.  Hence the comment from a Dr. one of my patients went to “What would you go to a Naturopath for?  That’s like going to the mechanic for a haircut!”

That isn’t the worst of it.  I also had one of my patients thrown out of the Doctors surgery with comments to the tune of “That Naturopath is just ripping you off!  You are wasting your money seeing someone with kindergarten education”.  Kindergarten education indeed!  In this case I had found out something important that the Doctor hadn’t known about, and he didn’t like it one bit.

The patient in question had been diagnosed with an autoimmune disorder called Ankylosing Spondylitis, a painful arthritic type condition where there is chronic inflammation of the spine and joints, severe stiffness and eventual loss of range of movement and deformity as bones fuse together. Not a picture to look forward to. This patient’s Dr. had said that there was nothing that could be done and prescribed high dose anti-inflammatory medication for life. 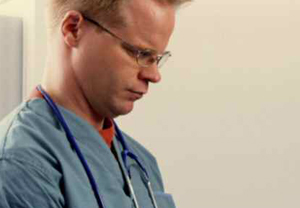 Because I had done some research in this area, I knew that often a bad bacteria in the bowel called Klebsiella had a connection to AS.  So I sent the patient off for a stool test and sure enough he had a severe infection with this bacteria.

To cut a long story short the patient wanted to go the medical route to eliminate the bacteria and went back to his Dr. with all the information so that he could have a prescription for antibiotics to get rid of the Klebsiella.  And was then rudely thrown out of the Doctors office as mentioned above.

Now the thing that infuriates me is that in this instance, is that the patient is the one who suffers because the Dr. refuses to work with a Naturopath, or even consider that we may have some knowledge on health.

As it turned out we had a happy ending to this story and the patient saw another more open Dr., eradicated the bad bacteria, we healed the bowel, and then used herbs to wean the patient off his anti-inflammatory medication.  He is now completely pain free and has no symptoms whatsoever of the autoimmune condition the Dr.’s claimed he would have for life.

There are some wonderful Doctors who do work hand in hand with Naturopath’s, and that is something to be applauded, because it doesn’t help anyone if we are always at each other’s throats.  Getting the patient well should be the priority here, for both parties.

So I’ll just take my kindergarten, mechanic’s (or was that hairdresser’s?) education and keep doing what I’m doing!