In the news this week, an Australian study has shown that there has been a significant drop in breast cancer rates that can be attributed directly to women stopping HRT therapy after warnings of a link came out a few years ago.

It is estimated that there was a 40% drop in usage at that time, and this has correlated into fewer cases of breast cancer, that the authors of the study could find no other contributing factors for.

I would actually explain this another way:

“really what this means is that pharmaceutical companies and their cohorts (doctors) have been using menopausal women in a huge medical experiment with no regard for the safety and long term effects of their product; and as soon as women were made aware of this, they stopped using it”. 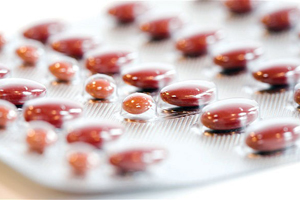 I don’t think for one minute that the drop in HRT usage is due to a mutual collaboration between women and their doctors – in some cases maybe – but in my opinion, HRT is often stopped because women are horrified that they have been duped by greedy drug companies hiding the truth about their dangerous products.

HRT (and “the pill”) are synthetic drugs that are “similar” to our own natural hormones but not identical – and that difference is enormous.  Natural hormones are not able to be patented, and therefore drug companies cannot make obscene fortunes off of them – so synthetics are developed to take their place.

Unfortunately whenever you put something synthetic into your body – there are going to be consequences and often quite serious consequences.

There is a much safer alternative to HRT and that is called BHRT – bio-identical hormone replacement therapy, which uses hormones identical to our own that our body recognises.  Of course any hormone supplementation has its risks and it is much better to heal the body naturally wherever possible – but if a very good assessment has been done (see www.salivahormonereport.com) then BHRT can be a consideration in some cases.

What more evidence do we need to give HRT the flick and stop drug companies from running their experiments on us??

Leisa, can you tell me if Macca powder and Projest E are in the same catagory as HRT drugs? I thought they were supposed to be natural.

Progest-E and Maca are not classed as HRT. Maca is a food supplement that has been known to have a balancing effect on hormones – but it doesn’t actually contain any hormones in it.

Progest-E is the brand name for a bio-identical hormone replacement progesterone. The difference between it, and HRT (hormone replacement therapy), is that Progest-E contains a hormone which is identical to our own natural hormone, so is considered to be recognised by our body and is much safer.

HRT is the name for synthetic hormones which are different in structure to our own natural hormones and can have serious side effects.

That’s not to say that using any type of bio-identical hormone is 100% safe. It has to be used in the correct quantities and be monitored in relation to your other hormones as well.

I recommend that if you are looking at using hormone replacement, then bio-identical seems to be a safer option – so find a doctor whot is familiar with these type of hormones and make sure that you are correctly evaluated and monitored to ensure the best results for your health.

Thanks for the helpful info about bio identical Hormones. I’ve been looking for a safer alternative.
anita
http://www.cool-jams.com

I just came across this site. great info. thanks!

You’re most welcome, I’m glad you found the post interesting and I hope you come back regularly to read more health tips!

Thanks for the post — can’t wait to see how Big Pharma will spin all this! Another helpful article I’ve read that others new to the “HRT good or bad?” debate might like is this one from womentowomen.com : http://www.womentowomen.com/bioidentical-hrt/perspectiveonrisks.aspx
And slightly OT, I’ve recently begun drinking kombucha (a type of fermented tea) and am wondering what effect this will have on my hormones. The brand I drink actually states on the label that the owner first began brewing the tea to help his mom successfully beat breast cancer.

Curious about the kombucha — and really enjoying your blog!

Thanks for your contribution to: “Take Charge of Your Health Care Carnival.” Thanks for bringing attention to the harm that could be caused by HRT.

Leisa,
I have a question about HRT. I had been experiencing hot flashes at night that interrupted my sleep to a point that I just couldn’t take it anymore! I made an appointment with my OB/GYN which was more than a month away so I researched some natural supplements. I started taking a macca root supplement which worked wonders after only a week (Macafem- if anyone is interested). At my appointment, my OB/GYN said to stop taking the natural supplements and gave me estrogen and progesterone in a low dose. I was wondering if I could take both?
Kim

Hi Kim,
Good question. If you were getting good results on the Maca, then I would see no reason to take the hormones. When in doubt, go natural first – which is the opposite from what most doctors think, so I wouldn’t expect them to understand that philosophy. The Maca is helping your body to balance your hormones naturally, not putting in extra hormones that can disrupt your natural function. Bio-identical hormones are great when necessary and when all other natural treatments have failed (usually due to the person not being able to have a low stress lifestyle), but unless needed I would go for the natural option first every time. The other issue is whether they have given you Bio-identical hormones or not. Many doctors call their synthetic HRT medications “oestrogen and progesterone” although they are not the same and the synthetic ones can have nasty side-effects. I would be more intereted in doing something like Saliva Hormone Testing http://www.salivahormonereport.com to find out your true levels of hormones, as blood tests can be deceiving – and then work out if you actually are in dire need of support hormones or not.
Leis

Hi Kim,
Thanks for your post. I wanted to know more about the supplement Macafem that you are taking. Did it have any side effects on you such as weight gain or scalp hair loss? I have excess body and facial hair. Do you think Macafem will cure that as I am interested in reducing only the body and facial hair. I have no other side effects of PCOS as my periods are also mostly regular. Also which website did you order your supplements from? And is it possible to stop Macafem without experiencing any weaning side effects? Please do reply whenever possible. Thanks