There are a lot of “health gurus” out there claiming to have all the answers to living a healthy life – follow what they say and you too will find the Holy Grail of sustainable health and well-being.  More often than not their intentions are good, their heart is in the right place and they truly believe that they are doing the right thing.

The problem is when they get carried away with their own message and start to claim that their way is the ONLY way.  By claiming that there is only one path – whether it be a path to health, to God, to success, to whatever it may be – automatically there is a shutting of the mind to new possibilities or new information.

The other part is that it is very hard to hold a certain image for a long period of time unless it is truly authentic.  I like to say that I follow no rules around food 100% of the time.  I am not 100% vegan, not 100% vegetarian, not 100% raw and not 100% stressed out either!  I follow how I feel, and even though I eat whole raw foods most of the time – I would feel like a fraud if I promoted myself as a 100% raw food vegan – and then get busted by someone who has idealised that – at a restaurant with my family eating that occasional cooked meal. 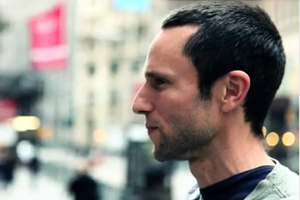 The ultimate downfall of the dogmatic health crusader is when they become ill.  As Charles Eisenstein so insightfully says it: “Very often (as with anyone who clings to pride) the result is humiliation – and what could be more humiliating to the health zealot than a serious illness? But even if the health-worshipper never gets sick, what good does his health do? The body is our vehicle for living and acting in the world. it is meant to be used. There is more to health, to wholeness, than mere physical integrity. You have been incarnated as this body for a purpose, and to achieve it your body possesses tremendous strength, resilience, and resources.”

The flip side of the health crusader becoming ill, is that we don’t have a parallel universe to be able to see what would have happened to their health had they not done the health practices that they have learnt, lived and promoted.  Often the public is quite quick to point the finger and say “well that didn’t work, the author / lecturer / Naturopath got sick anyway.”  But we don’t know what their fate would have been had they not practised what they preached (or even if they actually DID walk their talk!) – but it may have been a lot more illness, a lot sooner – and we will never be able to know that or catch a glimpse of what a different path would have led to.

We are only human, and health can be a mystery of complex factors that all affect one another and we can never point to one aspect of a person’s life and say “that’s the reason why they became ill”.  It helps to be able to step back and have compassion; and to not elevate any one person, system, diet, program, or book as having all the answers and then being disappointed and let down when you find they don’t.

Keep learning, keep searching, but hold on to your own ability to discern good information coming from a source that is interested in empowering you, and leave the single minded gurus to learn their own lessons in life…