I thought this was really interesting and worth the read!

In a longitudinal study which began in the 1960s, he offered hungry 4-year-olds a marshmallow, but told them that if they could wait for the experimenter to return after running an errand, they could have two marshmallows.

Those who could wait the fifteen or twenty minutes for the experimenter to return would be demonstrating the ability to delay gratification and control impulse. 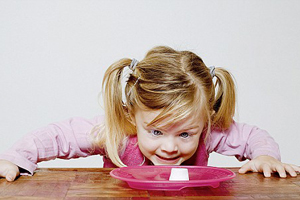 About one-third of of the children grabbed the single marshmallow right away while some waited a little longer, and about one-third were able to wait 15 or 20 minutes for the researcher to return.

Years later when the children graduated from high school, the differences between the two groups were dramatic: the resisters were more positive, self-motivating, persistent in the face of difficulties, and able to delay gratification in pursuit of their goals. They had the habits of successful people which resulted in more successful marriages, higher incomes, greater career satisfaction, better health, and more fulfilling lives than most of the population.

Those having grabbed the marshmallow were more troubled, stubborn and indecisive, mistrustful, less self-confident, and still could not put off gratification. They had trouble subordinating immediate impulses to achieve long-range goals. When it was time to study for the big test, they tended to get distracted into doing activities that brought instant gratification This impulse followed them throughout their lives and resulted in unsuccessful marriages, low job satisfaction and income, bad health, and frustrating lives. ”

From: The Neurophyschology of Self-Discipline