This post has nothing to do with health – but I wondered if anyone else has noticed lately that it’s hard to find any mainstream American made movies that actually have any substance, let alone a decent storyline?

I picked up a popular romantic comedy a few days ago for some light entertainment, and I was just so disappointed that I wish I hadn’t bothered. 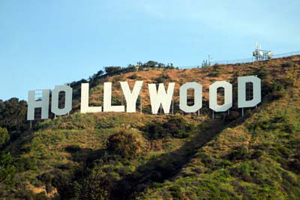 I don’t need deep and meaningful every time I watch a movie, I love a good romance or comedy – but a decent storyline, characters and realistic interactions I assume are going to be a given – but they are getting harder and harder to find.

Who watches these movies and thinks they are good?

Anyway, my partner William introduced me to foreign films, and I’ve got to say, on the whole they are a class above anything that comes out of America (mainstream I’m talking – I know there are a lot of good U.S. indie and art house films too).  We have seen so many brilliant European movies – quirky, funny, deep, tragic, insightful and always incredibly entertaining.

So if you are bored by the endless blockbuster drivel, then I suggest taking a look at the foreign film section of the video store and see what gems you find!