Oprah and her Thyroid

It has been in the news that Oprah has gained back 40 pounds that she had previously lost, to now be at a weight of 200 – which is about 90kg, and that she can’t understand how she has let that happen.

Well, if Oprah is suffering from an undiagnosed, or badly managed thyroid condition, it is very easy to put that type of weight on without eating excessively and while exercising regularly.

I think it is so sad that Oprah has been given such terrible advice when it comes to treating her thyroid.  She had announced that she did suffer from a thyroid problem, and that she was taking medication for it.

However if she has adrenal fatigue that isn’t being treated (likely), is just on thyroxine T4 (likely) and is being managed according to her TSH level (likely), then she is not getting the support she needs to get well. 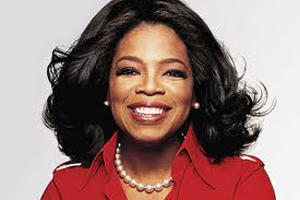 If Oprah is suffering from a fraction of the symptoms that I had when I had a thyroid problem, then I admire the lady for  the way she keeps going.  Weight gain is only the most obvious physical symptoms – there is likely to be fatigue, depression, feelings of cold, anxiety, overwhelm, foggy thinking, hair loss, dry skin and sluggish digestion to name a few symptoms.

All the dieting and exercise in the world won’t help until the proper underlying cause is found and the correct treatment offered.

There are quite a few doctors who Oprah would be well advised to consult on her condition – but unless she or her advisers seeks them out – then this information and the medication that can help – are unlikely to be found.

What a sorry state of affairs when someone with Oprah’s money and prestige cannot find the right treatment due to an ignorant and narrow-minded medical establishment that won’t avail themselves of the lastest information on thryoid testing and treatment options.

I hope she finds the true answers to her problems sooner rather than later.