Oh, isn’t this just too funny!  We knew Coca-Cola wouldn’t be capable of producing anything healthy!!

“The Coca-Cola Company is being sued for making “deceptive and unsubstantiated claims” about its VitaminWater line of beverages, which it touts as healthy alternatives to sodas, lawyers for the plaintiff said on Thursday.

Coca-Cola is misleading consumers by using words such as “energy” and “endurance” on VitaminWater bottles and claiming that the drinks reduce the risk of illness and boost health, said the Center for Science in the Public Interest (CSPI), which is co-counsel to the San Francisco man who filed the suit in a California court.

“In fact, according to CSPI nutritionists, the 33 grams of sugar in each bottle of VitaminWater do more to promote obesity, diabetes and other health problems than the vitamins in the drinks do to perform the advertised benefits listed on the bottles,” the health advocacy group said in a statement. 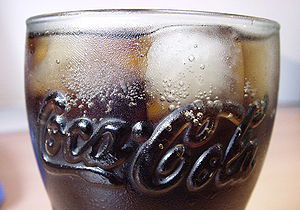 “VitaminWater is Coke’s attempt to dress up soda in a physician’s white coat. Underneath, it’s still sugar water, although sugar water that costs about 10 bucks a gallon,” said CSPI litigation director Steve Gardner.

Plaintiff James Koh said he used to drink VitaminWater after a workout, thinking he was doing himself good.

“I was attracted by the prospect of getting extra vitamins, but I had no idea that I was actually getting almost a Coke’s worth of sugar and calories,” Koh said in a statement.

“There’s no way I would have spent money on that, had I known,” he said.

Twenty-ounce bottles of Coca-Cola, which are sold in vending machines and convenience stores, cost about $US1.40 ($A2.12).”