Here we go again, the multi-national companies are trying to jump on the bandwagon of good health and have come up with the ingenious idea of making a healthier alternative to white sugar.

White sugar, already a highly processed product that has no place at all in a healthy diet, has been suffering with declining sales, and this “new improved, Low GI version” is expected to boost sales and increase production for struggling sugar cane farmers.

Now I’m not against farmers being able to make a better living, but in the interests of the health of our environment and of our population, I do think the money put towards developing this sugar could have been better spent supporting local organic farming and sustainable practices that produce better quality produce.

On www.abc.net.au it states “Over the last three years, Melbourne company Horizon Science has worked with the Mossman Sugar Mill in Far North Queensland to create the product.  Branded LoGicane, it’s digested slower than regular sugar, making it better for diabetics and those fighting obesity.”  And from www.ninemsn.com“Manufactured by CSR and marketed under the LoGiCane logo, the new formulation of sugar was developed with the aid of $5.4 million in grants from the Australian and Queensland governments. 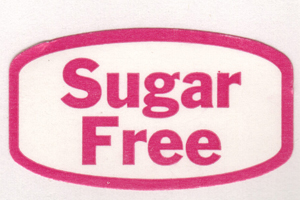 Independent tests have put the sugar’s glycemic index (GI) at 50, compared to a GI average of 65 for white sugar.”

The Glycemic Index is a way of classifying foods according to their effect on blood glucose.  The lower the GI, the slower and more steady the release of sugars into the bloodstream for a more constant and stable blood sugar level.

But GI is not a measure of how healthful a food is, and to say that consuming low GI sugar is of benefit to diabetics and those suffering with obesity is absolutely unconscionable. Yet it is typical of industry to create a product that is highly processed, addictive, and with no health benefits and put a marketing spin on it to make it “appear” healthy to the unknowing consumer!

The new sugar is apparently produced by “increasing the particle size of the molasses used to create brown sugar and retaining more of the phenols and other vitamins and minerals in the original sugar cane.” (http://www.raisin-hell.com/)

This is a really great example of how food becomes a commodity for profit, rather than being a life sustaining element of nature.  Using the Glycemic Index as a marketing tool is a great piece of information manipulation, but it does nothing to educate us about eating for health.

My motto is that if you can’t create it in your kitchen from simple ingredients that you could grow in your own garden (if you were that way inclined) then it usually isn’t going to enhance your health.

So don’t be fooled – it pays to be discerning when faced with trumped up marketing claims in regards to our food.

Next post: Lots of Red Meat Can Harm Vision