This is timing!  As a follow on to my previous post about food as medicine versus supplementation, this article came through from Food Matters, and shows just what can be done with vitamin supplements when there is a gross deficiency:

“Here is an incredible article on how the charity group ‘Vitamin Angels’ is curing blindness in the slums of India using Vitamin A supplements. It’s a pertinent example of the critical importance of proper nutrition for optimal health and the role that supplementation can play when one’s diet is insufficient. 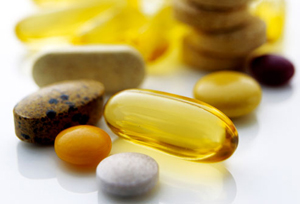 Santa Barbara, CA – After picking up 8 Oscars at the Academy Awards, and quelling controversy that raged from Mumbai to Hollywood, it would seem the story surrounding Slumdog Millionaire is over, but in fact only 1/2 the story has been told, announced Vitamin Angels, a non-profit organization that has been working in and around Mumbai and throughout India for the past 14 years.

Hope for India’s millions of slum dwellers lies not in the winning of a game show, but in the hands of countless individuals dedicated to improving the conditions seen on screen. “I just returned from India a few days ago and the situation in the slums is far worse and far better than Slumdog Millionaire begins to reveal,” noted Howard B. Schiffer, the President of Vitamin Angels…”

Read the rest of this great story here: