I have witnessed first-hand many, many patients who do not do well on T4 replacement therapy (Thyroxine, Oroxine) medication.  In the body, T4 needs to be converted to its active form of T3 before it can perform its actions at a cellular level.  For this to happen we need to have good adrenal function, a healthy liver, ample progesterone, no oestrogen dominance, little stress, and plentiful amounts of zinc and selenium not to mention many other factors.

As many people with thyroid dysfunction also have other issues as above, T4 does not get converted properly, leaving them still in a hypothyroid state, with many of the same symptoms they suffered from before being placed on T4 medication.

Personally I like Natural Thyroid Replacement if someone is going to use thyroid hormone support, as it contains both T4 and T3, meaning the body doesn’t have to convert the T3 component and it can act in the body immediately, often relieving symptoms and assisting the patient in getting well.

Dr. John Lowe has done a lot of work in the field of thyroid dysfunction and fibromyalgia and wrote an article on a very worrying trend which shows the harm being done to pregnant women by using only T4 thyroid hormone replacement: 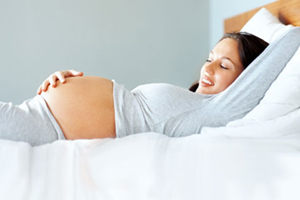 Pregnant Women and Their Newborns:
Among the Victims of T4 Replacement

“A large study in Sweden, published in 2000, showed that the ineffectiveness of T4 replacement for many women resulted in statistically significant harm to the women and their newborns babies. As with other studies that show T4 replacement to be ineffective for many patients, the endocrinology specialty has not been moved by the results of this study to look for a more effective treatment than T4 replacement.

Dr. John C. Lowe discusses this study and another one in which congenitally hypothyroid infants were left on T4 replacement despite it failing to relieve the infants’ psychological impairment. He contends that intransigent advocacy of a treatment (especially for pregnant women) that studies have shown to be ineffective for many people is not only a scientific and humanitarian issue, it’s also a moral one.”