Our last full day took us on another part of the adventure – sea kayaking at Byron Bay.  Uki where we are staying, is about an hour from Byron, and again we took the bus to our next port of call. 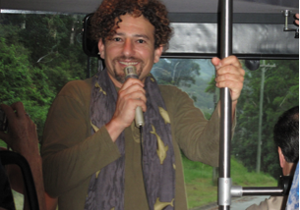 We arrived at Byron and got suited up for our kayak adventure! 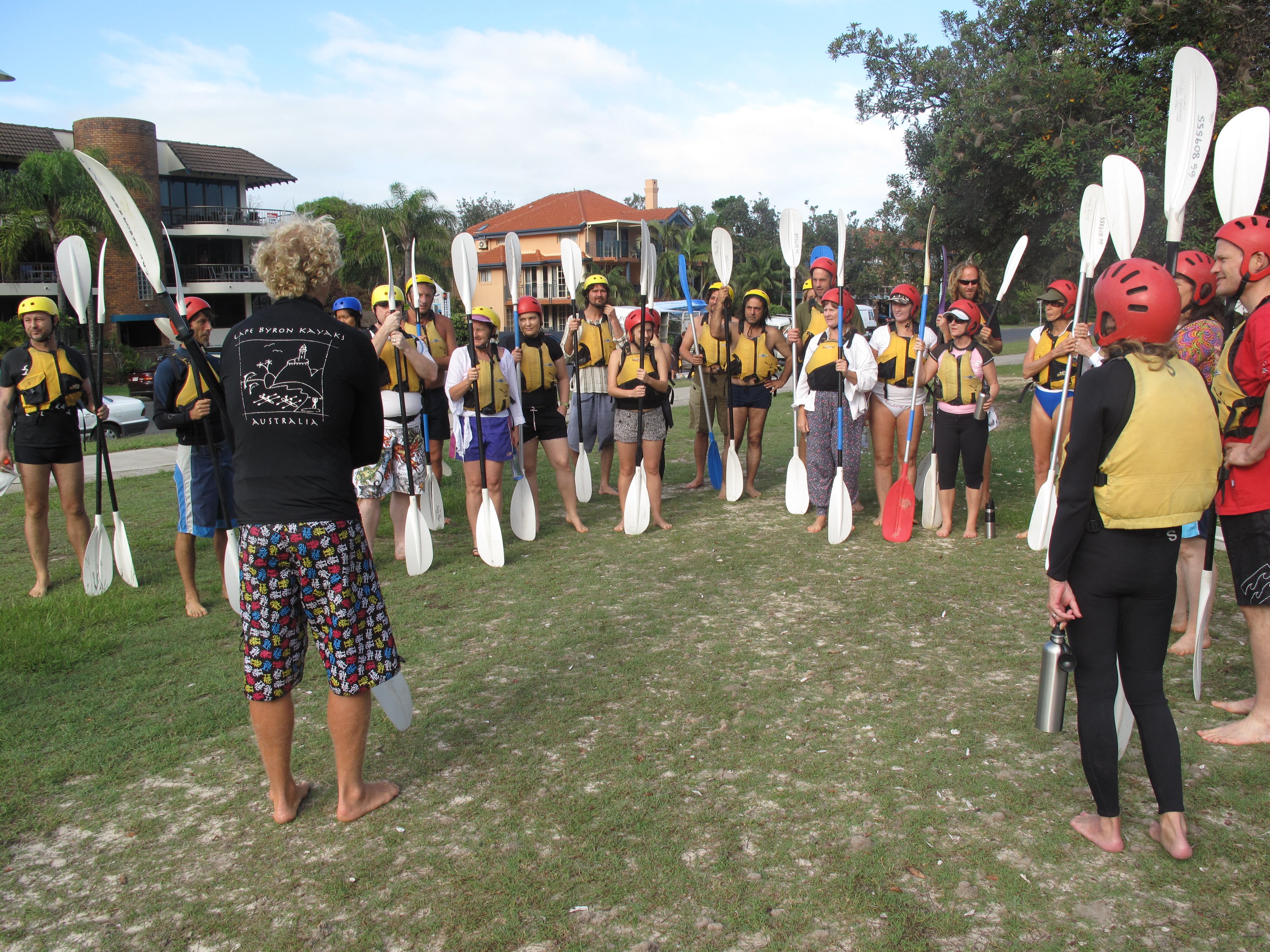 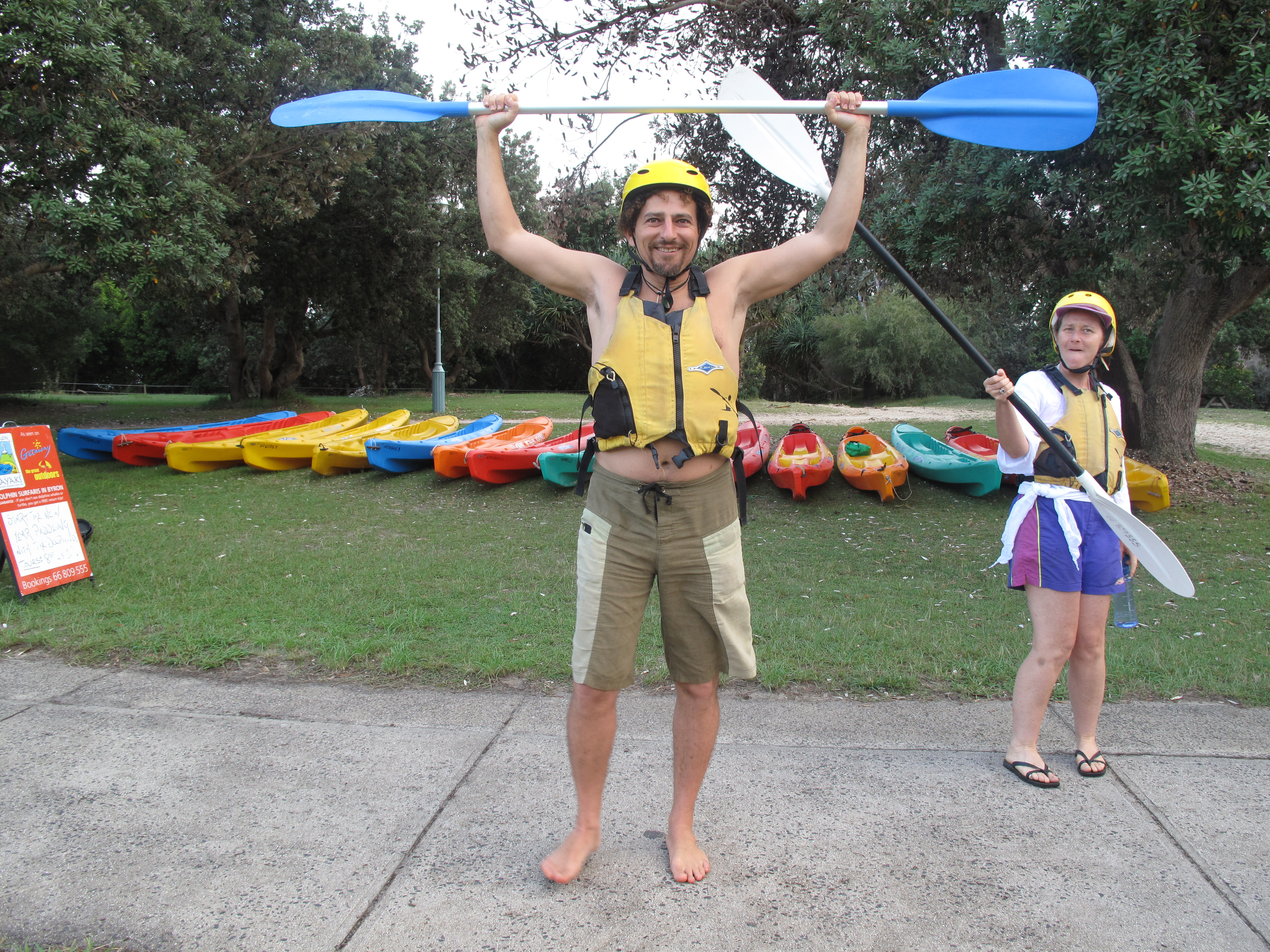 We paddled out into the magnificent Byron Bay ocean. 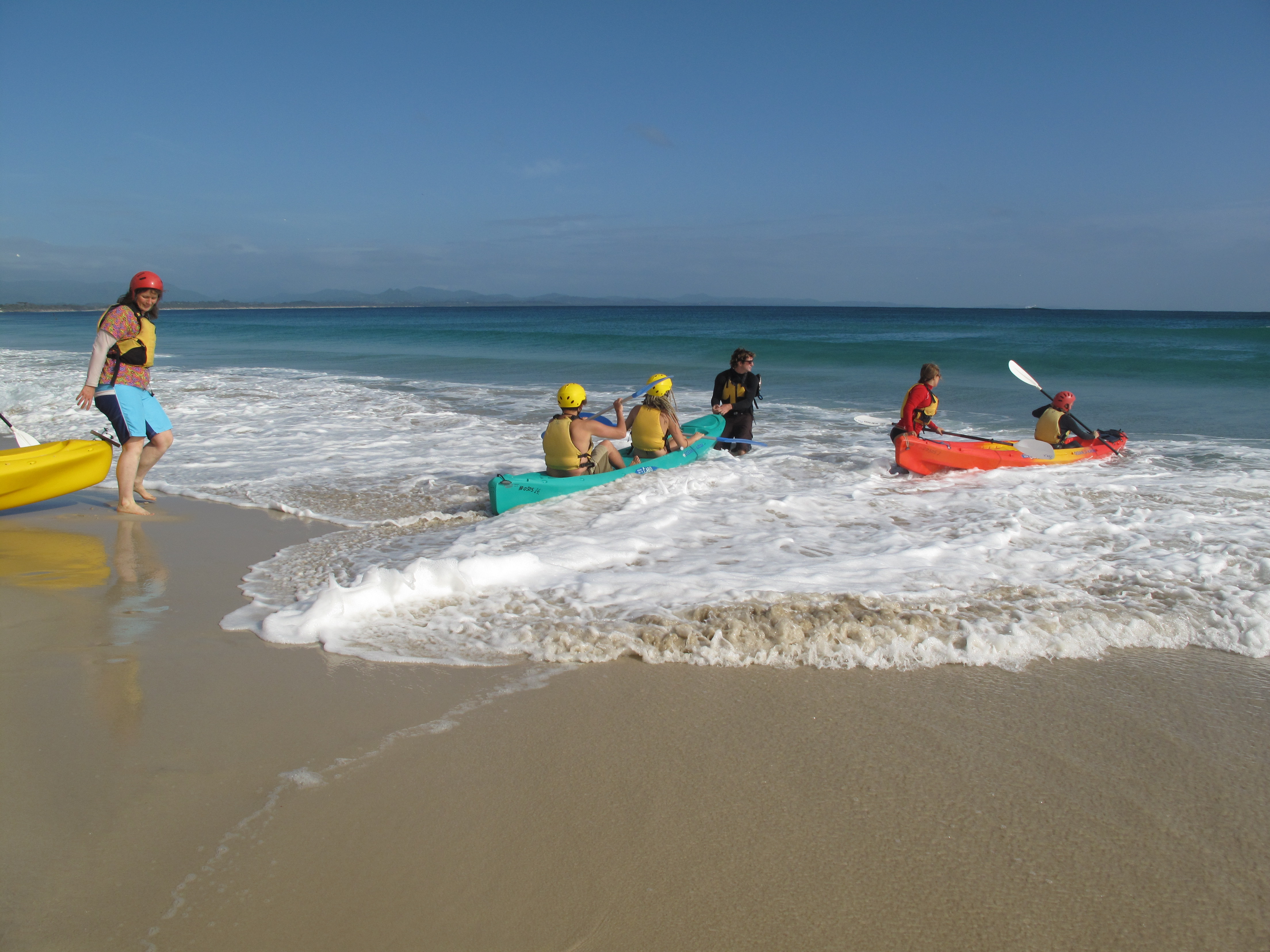 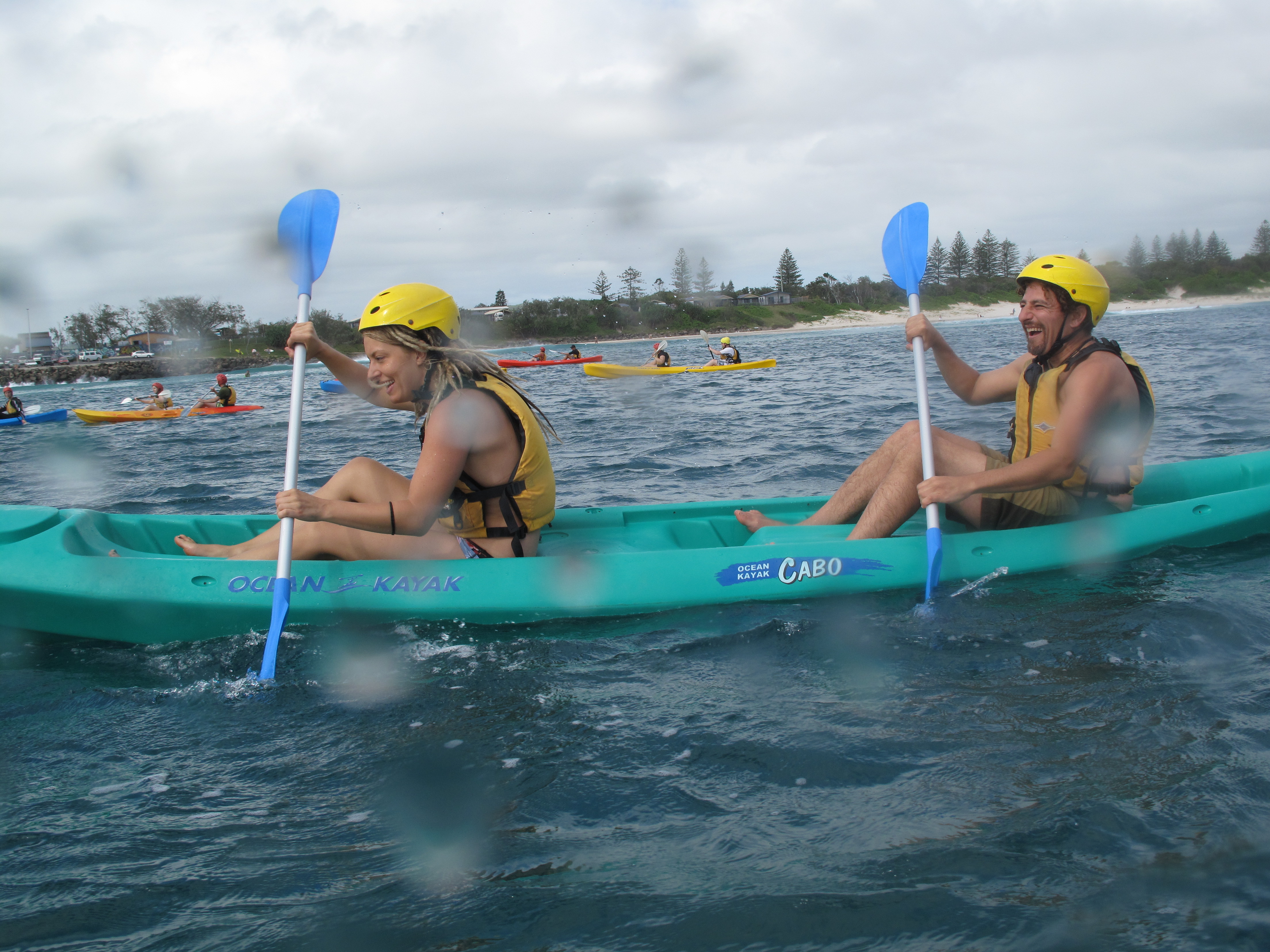 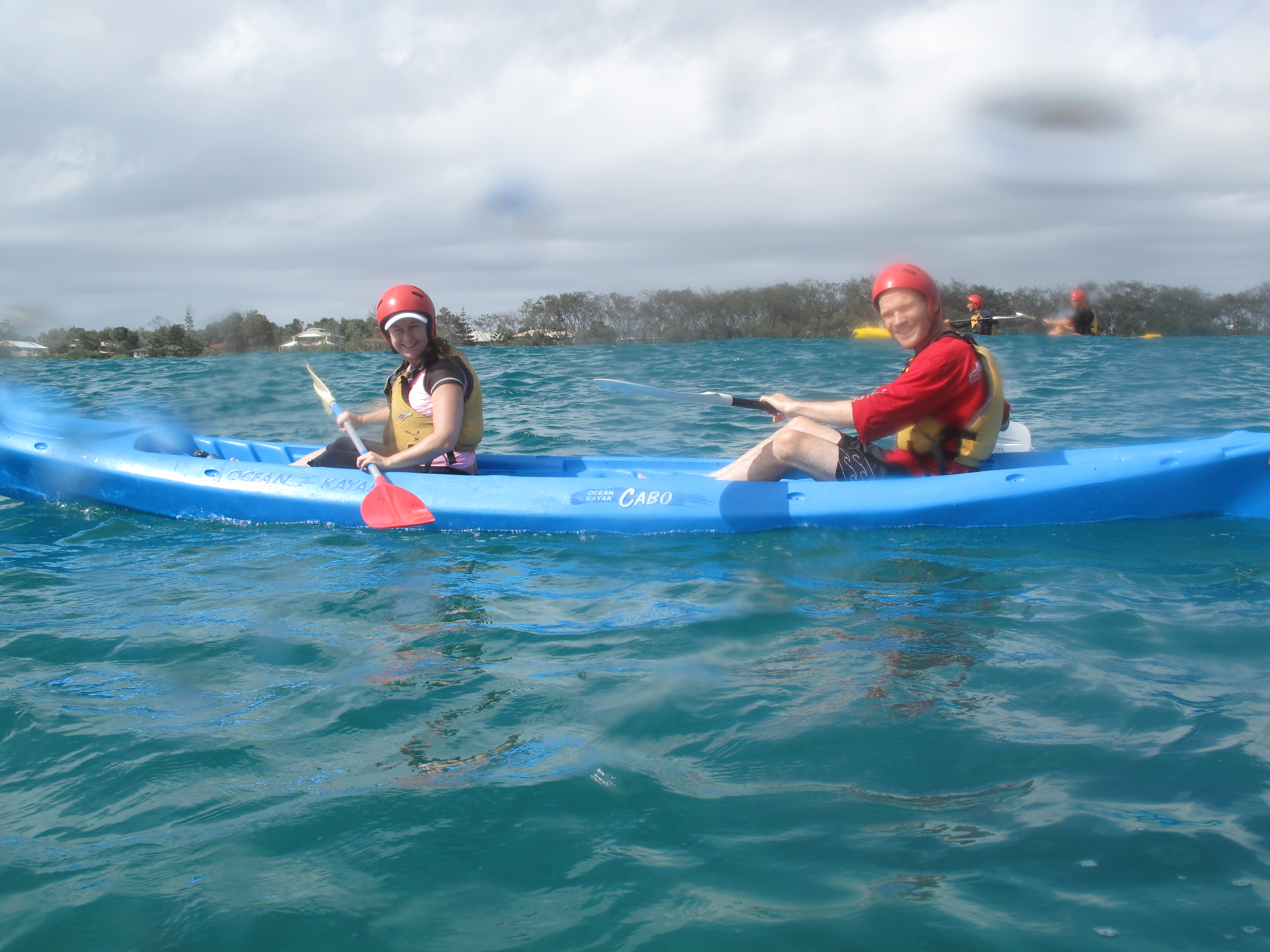 Unfortunately there wasn’t a dolphin in site!  Apparently it was a bit too windy and they were hiding around the other side of the point. 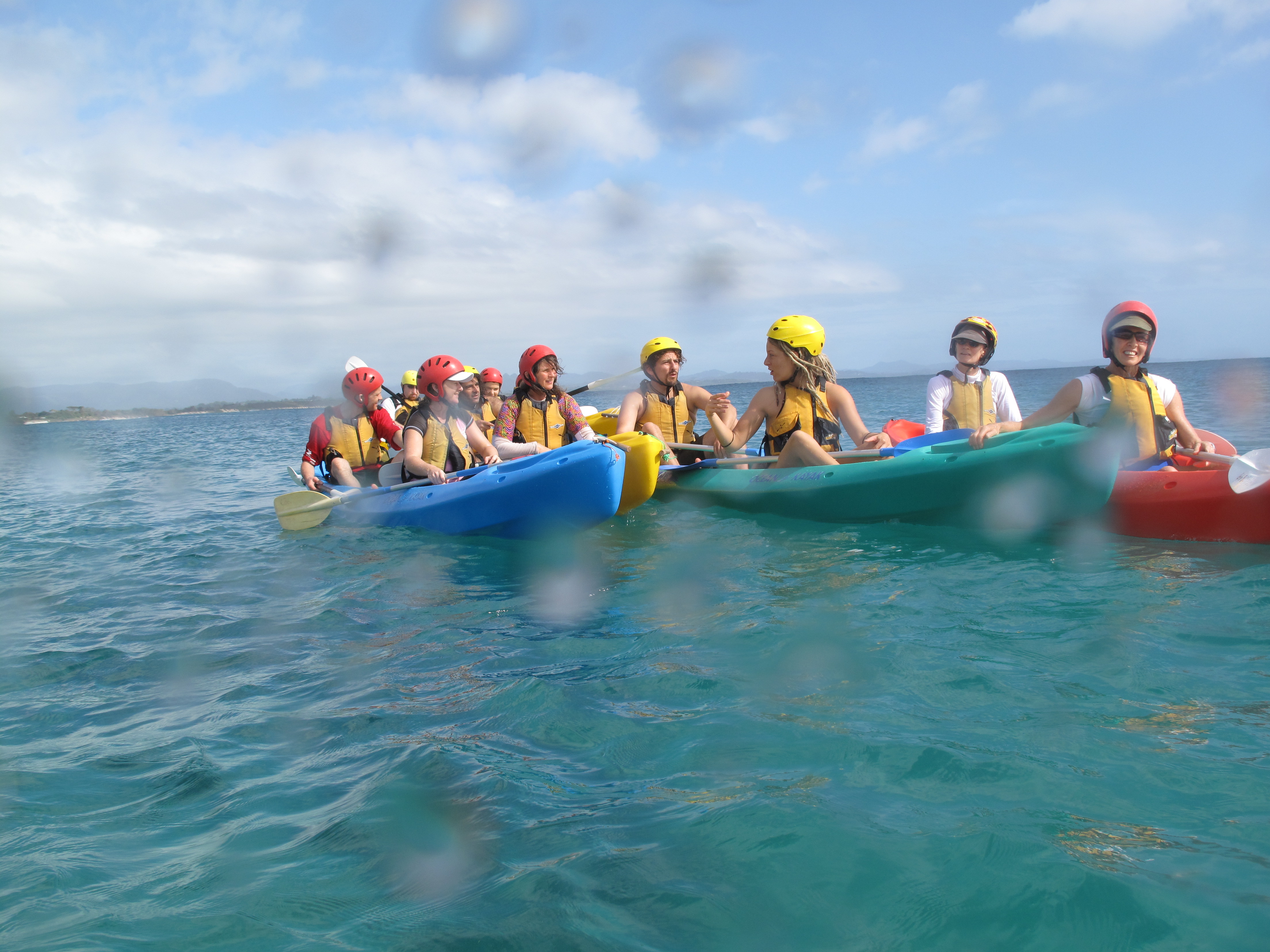 What a perfect day!  By the time we were ready to come back in, the waves had gotten bigger and we had a great time surfing them in! 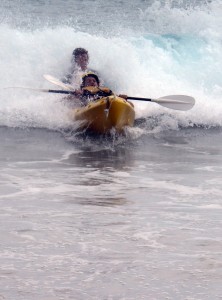 Once back on the beach we enjoyed a morning tea that Alice from Cape Byron Kayak’s provided for us.  I had explained that we were all health nuts and that the normal Tim-Tams (chocolate biscuits) and tea and coffee wouldn’t be suitable for us, and she  generously provided organic apples, oranges and nuts.  However!  There was one packet of Tim-Tams that sneaked it’s way out of the bag and some of the guests indulged!  David threatened to have one, but he didn’t! 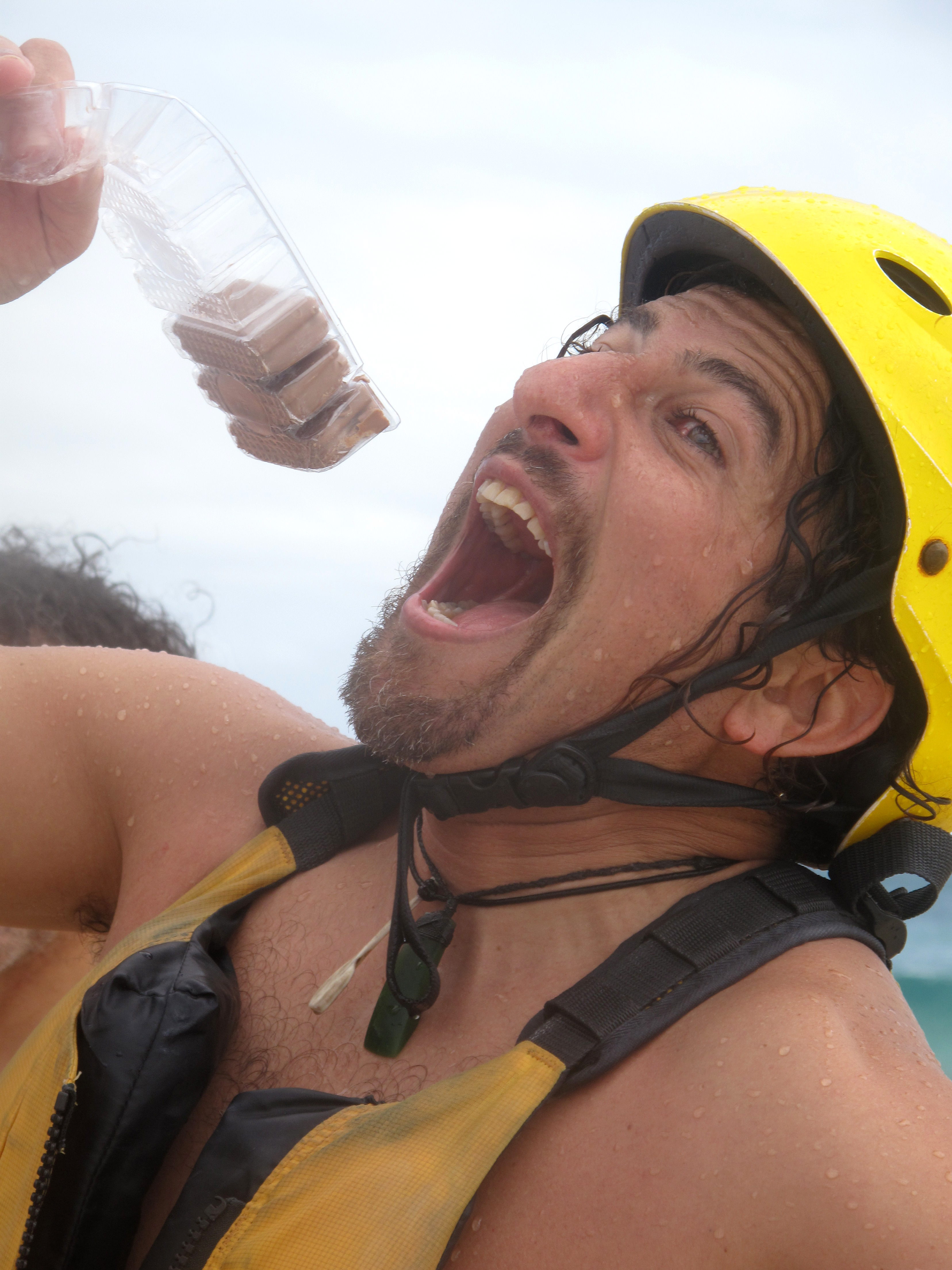 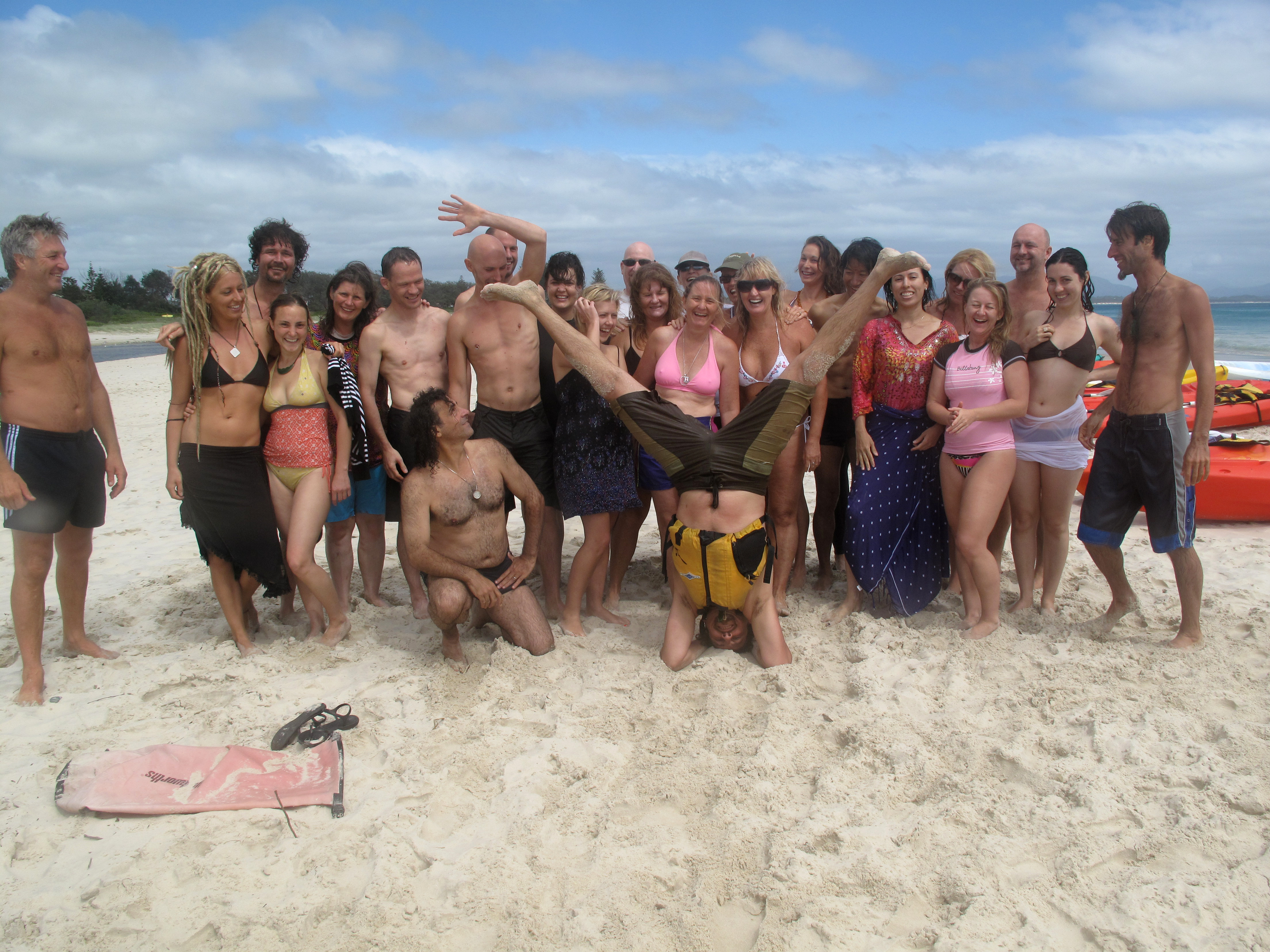 After all that exercise in the fresh air and ocean, we were all starving and hurried along to Barcelo where a scrumptious lunch was waiting for us, prepared by Chef Jo and her assistants Elyjah, Lyndsay and Johnny who owns the cafe.  What a feast they provided!  A refreshing juice to start and then salads, crackers and dips went down a treat! 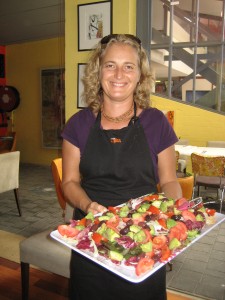 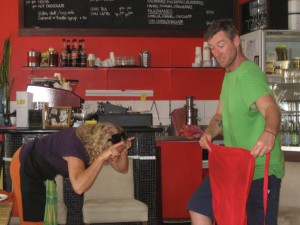 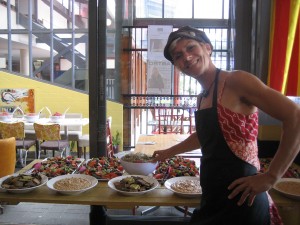 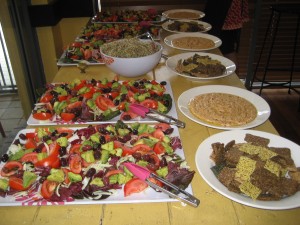 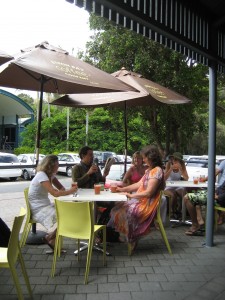 After lunch we got back on the bus and headed to the retreat.  We had more inspiring talks that went into the wee hours (not to mention the midnight swim, sauna, and spa sessions!!!)