Following the huge few days of Permaculture Tour, Starseed Gardens Talk, Bruce’s Chef Training and the fabulous Raw Cacao Party, we started the David Wolfe Epic Adventure Rainforest Retreat!  Commencing on Monday afternoon, about 30 guests and 10 hosts & staff descended on the picturesque resort at the foot of Mt. Warning at Uki, for an intensive few days of saturation with David Wolfe’s philosophies.

We started with an introduction to the Retreat in the octagonal temple, creating a great vibe and setting the intention for the week. 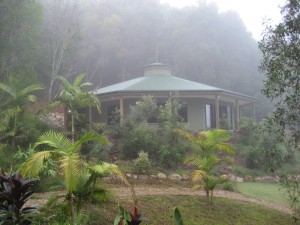 Following this, we had a fantastic raw dinner created by my retreat Chef Jo and her kitchen assistants Belinda and Maggie.  After dinner we headed back up to the temple for a night of inspiration as David talked until the early hours.

The following morning we had an early start for our hike up Mt. Warning.  It was a beautiful morning with just a hint of rain on the way.  The bus picked us up at the top of the driveway (a huge uphill walk in itself) and we headed towards the mountain. 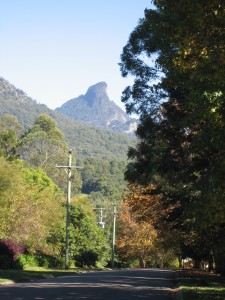 Many of our adventurous group decided to hike the mountain barefoot!  I stayed with my trusty hiking boots though, and we made our way up this incredible site.  It was so peaceful, the air was pristine and you could feel the amazing energy of this sacred mountain as you climbed. 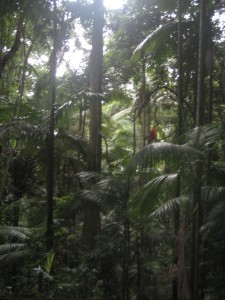 It was a long hike – about 2 and a half hours up and then another couple of hours back – and it was strenuous!  Not for the faint hearted, but the magical views make it worth the effort!  It was leech city though!  Many of us had to contend with greedy, blood-sucking little critters latching on. 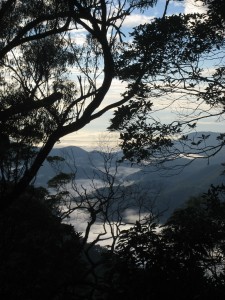 On the way back down David and several adventures went mushroom hunting, looking for edible specimens containing medicinal properties.  And here’s what they found!  The various mushrooms were dried and later made into a tea for the group to drink. 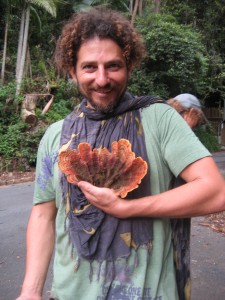 The rest of the day was spent either relaxing and catching up on sleep!, and taking in more lectures, that again ran late into the night.