Even though the tour has been packed full of events so far – it doesn’t compare to what is coming up!  Sydney, Melbourne, Adelaide, Perth and Dunsborough in a week!

The first stop on the tour was Sydney, and our gracious and most organised host was Julie from Conscious Choice .  Already an accomplished raw food chef herself (with a recipe book coming out soon, she promises me!) Julie was no stranger to organising events and it showed. 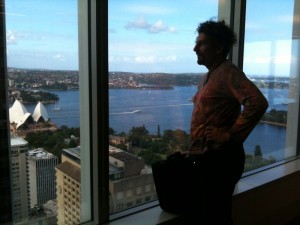 The lecture was held at Sydney University in Ultimo and was packed to the brim!  It was the biggest event of the tour with 450 people in attendance.  Julie catered the event with the most amazing raw desserts which are one of her specialties. 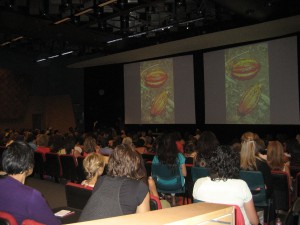 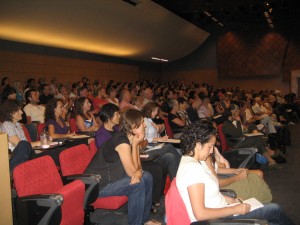 With a full house in attendance, David was on fire and gave one of his all-time great lectures for this fantastic Sydney audience. 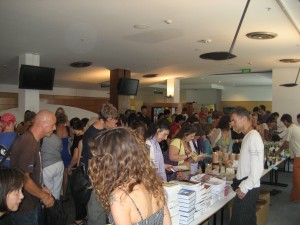 The lecture was very well received in Sydney – with people coming from far and wide to hear David speak – and they didn’t leave disappointed.  After the event David spent quite a bit of time talking with everyone and signing books – but couldn’t stay too late as he had an ACDC concert to attend with one lucky guest from the audience!  With an early trip to Melbourne booked for the next day, David’s schedule would have sent most people to bed for an early night – but the master of super-nutrition walks his talk and carries off the crazy hours with style!

After the event was all packed up and Bruce and Jules dropped at their accommodation, Julie and I went back to her house where she was generously hosting me, and we started sorting through all the event wrap-up details  that come afterwards.  We were sitting there at about midnight going over some figures, and Julie gets out the most magnificent raw cake I have ever seen! 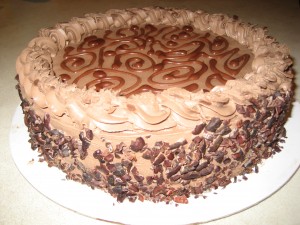 Whoever thinks that raw food can’t taste good – has never had a piece of Julie’s Raw Chocolate Black Forest Layer Cake!  So at midnight we cut huge slices and tucked in – it was heaven!  Here we are in the early hours of the morning, full of cake, bleary eyed, exhausted, and taking silly photo’s of ourselves! 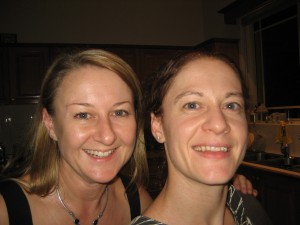 Sydney was awesome!  Thank you