After only a couple of hours sleep we packed ourselves up and took to the airport for a quick trip to Melbourne.  We were met at the airport by one of the organisers Donna and a friend Kris, and our first stop was an organic produce shop for some juice.

And who should be bump into but Lola Berry herself!  I’ve known Lola for ages, from when she used to live on the Gold Coast, and it was great to say Hi! 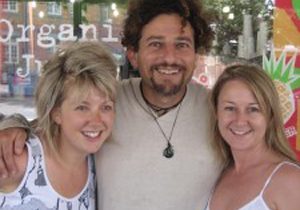 Then it was off to the accommodation to get ready for the lecture which started not long after lunch – talk about busy!

The event organised by Lucy and Donna from Raw Events was a sell-out and we had people packed in and sitting on the stairs to hear David talk.  Again, it was a fantastic lecture!  We were tight on time though, with the Le Cru Reception booked after the lecture, and with David chatting and signing for ages after the talk, we were late! 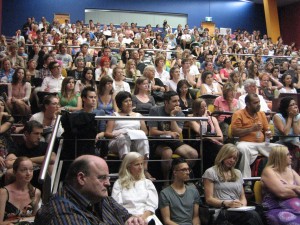 The Le Cru event was a more intimate get-together where David was doing a talk and a book signing at Melbourne’s premier raw food restaurant.  Taste plates were included and a selection of fine gourmet finger food made its way around room.  Although we started the event a bit late – David was in fine form – delivering one of his most powerful and forceful lectures of the tour.  We said he was in warrior mode!

We only finished the event when we were thrown out at midnight due to opening hours regulations!  After a good sleep we were invited the next day to attend lunch at a new restaurant – Yong’s Green Food Restaurant in Fitzroy – and it didn’t disappoint!

Yong put on an amazing lunch for us, including raw lasagne, delicious salads and divine cheesecakes.  If you get the chance to try out the food at Yong’s – make sure you do!  It’s first class healthy dining. 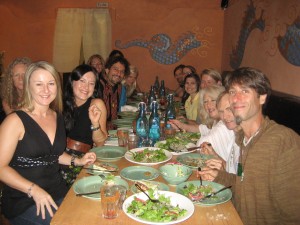 This is David with our hosts and organisers Donna and Lucy. 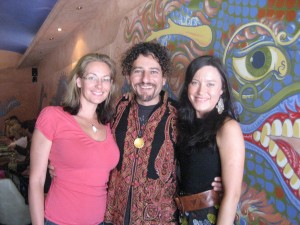 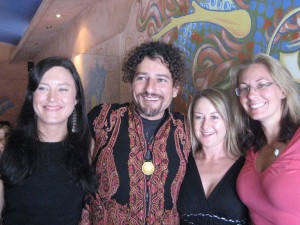 And with the delightful Sherry Strong who joined us at Le Cru and at Yong’s the next day.  Sherry has a book or two coming out soon and I can’t wait to see them in print, having had a sneak-peak preview while I was there. 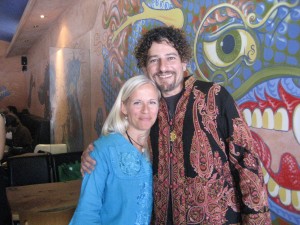 Later that afternoon we hi-tailed it back to the airport and took a flight to Adelaide.

Thanks so much to our hosts Lucy and Donna, along with all their helpers, the staff at Le Cru, and Yong, for making Melbourne such a treat!