The second event of our Adelaide trip was a Raw Treat Class with Celebrity Raw Chef Bruce Horowitz.  This superfood treat class was the very first event to sell out – it sold out within about a week of the tour being announced – and we squeezed in as many attendees as we could to Bliss Organic Cafe where it was being held. 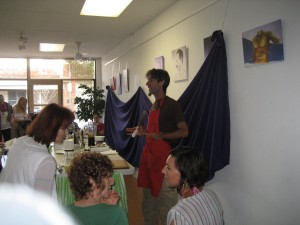 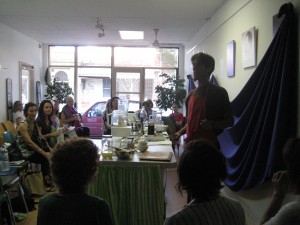 Bruce demonstrated Chocolate Chip Maca-Roons, Dark Chocolate Goji Berry Fudge, the Ultimate Smoothie, as well as a Superfood Salad.  Everyone enjoyed both the quality of information shared during the class – and the food, which was the ultimate in raw food treats!

After the class was over a Chocolate Party was held at Bliss Cafe, hosted by the lovely, belly-dancing Violet.  There was live music, drumming, and performances by many accomplished dancers.  We had belly-dancing, sword dancing and acrobatics which kept us entertained all night. 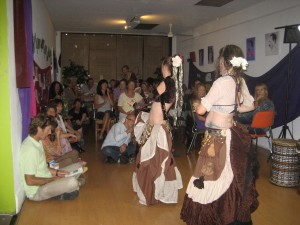 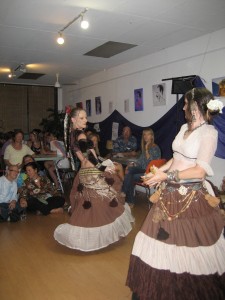 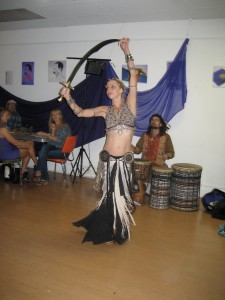 David kicked the party off with a cacao ceremony, talking to us about the benefits, legends, and history of the sacred bean – and of course we had to sample as many raw cacao drinks and treats as we could!  Then our Mr. Wolfe demonstrated his prowess on his favourite instrument – the drums – on which his talent is legendary. 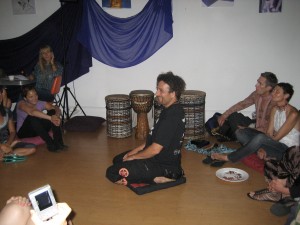 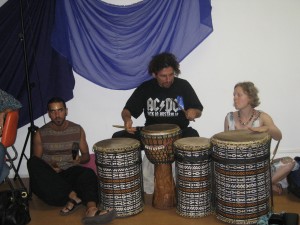 It was towards midnight, after drinking chocolate superfood elixir’s and dancing our heads off, that the beautiful male dancer below took it upon himself to teach those of us still there, the intricate moves of belly-dancing. 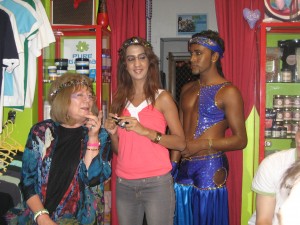 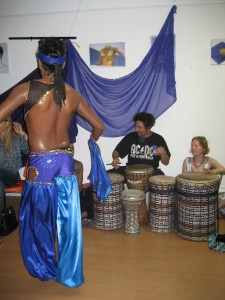 See how much fun you can have when you’re high on raw food, raw cacao and life itself?

A big thank you to Kas and Shane from Bliss for hosting us at their cafe, and to Remedy for putting the whole show together, and of course Violet and the dancers for a great party!