A Calcium Supplement Problem – Serious as a Heart Attack

Anyone who has listened to David Wolfe’s Longevity Now! Program, or been to one of his live events, would be familiar with his stance on calcium supplements and the danger they pose to our health. We have been told for decades we need extra calcium to support our bones and prevent osteoporosis, however nothing could be further from the truth. Osteoporosis is a complex and multi-faceted disorder, and not one that can simply be corrected by adding in extra calcium supplements or increasing your dairy intake.

More important than calcium for bones, are the minerals magnesium, boron, silica and zinc; we need good levels of vitamin D, adequate protein intake, good hydration, an alkaline diet, hormone balance, and weight-bearing exercise to support our bone strength and to prevent osteoporosis, much more than any dangerous calcium supplement. And as this article below shows, calcium supplementation increases your risk of heart attack and cancer, not to mention painful calcification in other areas of the body such as joints and soft tissue.

From the Wake Up World website: “Osteoporosis is not caused by a lack of limestone, oyster shell or bone meal. Heart attack, however, may be caused by supplementation with these exact same “elemental” forms of calcium, according to two meta-analyses published last year in the British Medical Journal.

Back in July of 2011, the British Medical Journal published the results of a high-powered meta-analysis which looked at whether or not calcium supplementation had any effect on cardiovascular disease risk.  Indeed, this groundbreaking report, which was based on the results of five clinical trials conducted in the US, Britain and New Zealand, involving over 8,000 people, showed that taking elemental calcium supplements of 500 mg or more increased the relative risk of heart attack by 27%.

Though the study made international headlines at the time, critics soon took issue with the fact that it involved calcium supplementation without co-administered vitamin D. However, in April of that same year, another meta-analysis published in the same journal showed that even with co-administered D elemental calcium increased the risk of heart attack by 24%, and in addition, the composite of heart attack and stroke by 15% — in essence, putting those doubts to rest. 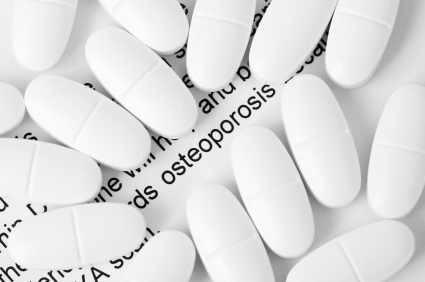 The idea that calcium supplementation may be toxic to cardiovascular health is not new, as many in the field of nutrition have long warned against supplementation with elemental calcium; which is to say, calcium from limestone, oyster shell, egg shell and bone meal (hydroxylapatite).

Despite the growing popularity of elemental calcium supplementation, largely reinforced by conventional health “experts” and organizations like the National Osteoporosis Foundation (whose corporate sponsors include the calcium manufacturers Oscal and Citrical), the habit simply does not make sense.  After all, have you ever experienced visceral disgust after accidentally consuming eggshell? If you have, you know your body is “hard-wired” to reject low-quality calcium sources (stones and bones as it were), in favor of getting calcium from food.

Inorganic or “elemental” calcium, when not bound to the natural co-factors, e.g. amino acids, lipids and glyconutrients,  found in “food” (which is to say other living beings, e.g. plants and animals), no longer has the intelligent delivery system that enables your body to utilize it in a biologically appropriate manner. Lacking this “delivery system,” the calcium may end up going to places you do not want (ectopic calcification), or go to places you do want (e.g. the bones), but in excessive amounts, stimulating unnaturally accelerated cell-division (osteoblasts), resulting in higher bone turn over rates later in life (this is explained in the article below).

Or, the body attempts to disburden itself of this inappropriate calcium and dumps it into the bowel (constipation), or pushes it through the kidneys (stones). Worse, high levels of calcium can accumulate in the blood (hypercalcemia), which can contribute to destabilizing the atherosclerotic plaque through the formation of a brittle calcium cap on the atheroma, can contribute to thrombosis (clot) formation, hypertension (that’s why we use calcium channel blockers to lower blood pressure), and perhaps causing arrhythmias/fibrillation and or heart muscle cramping (a rather common, though rarely recognized trigger of ‘heart attack’).

The breasts too are uniquely susceptible to calcification, which is why we use the same x-rays to ascertain bone density that we do to discern pathological microcalcifications in the breast, i.e. x-ray mammography. Due to the fact that the hydroxylapatitate crystals found in malignant breast tissue may act as a cellular ‘signaling molecule’ or mitogen (inducing cell proliferation), it is possible that certain breast calcifications may be a cause, and not just an effect, of the tumorous lesions (“breast cancer”) found there. This may also help to explain why women with the highest bone density (often obtained through massive, lifelong calcium supplementation) have up to 300% higher incidence of malignant breast cancer.

“Brain gravel” is also an increasingly prevalent phenomenon, where autoposied patients have been found to have pebble-size calcium deposits distributed throughout their brains, including the pineal gland (‘the seat of the soul’). The wide range of existing calcium-associated pathologies, and their increasing prevalence in calcium-fixated cultures, demand further investigation and explanation. Could one aspect be our cultural fixation on mega-dose calcium supplementation?” Written by Ji Sayer.

How do we ensure we get enough calcium without these problems occuring?

I have been taking calcium for a number of years now due to only having one parathyroid and low calcium levels…this information is very concerning for me as I am also on thyroxine. Do I stop my calcium supplement and will I be able to get enough from diet alone?

Dear Maria and Annette
Here is a Q & A from one of my membership magazines about calcium. Maria, with your unique condition, you would need to be monitored by your medical practitioner – you may need supplementation, but if so then using an organic calcium such as pearl calcium, can help to overcome the issues associated with bad calcium, as well as ensuring other minerals such as zinc, boron, sodium, magnesium and silica are plentiful to allow calcium to be utilised where it is needed…
Q & A

Question:
I cannot tolerate dairy products, but am concerned about developing Osteoporosis. What foods can I include in my diet that are high in calcium?

Answer:
Osteoporosis is a multi-faceted disorder and just having high calcium foods in the diet is no guarantee of prevention. Osteoporosis prevention needs to be addressed from several different directions:
1) Digestion. Without good levels of hydrochloric acid in the stomach to allow for good protein and mineral absorption you can become deficient in these two vital bone nutrients.

2) Hydration. Bones carry a large amount of fluid, and if you are dehydrated from drinking a lot of tea, coffee, soft drinks and alcohol instead of pure water, your bones may sacrifice fluid and become more brittle.

3) Hormonal Imbalance. Having optimal levels of Oestrogen and Progesterone can protect bone strength.

4) Thyroid dysfunction. Sub clinical hypo-thyroidism over the long term can contribute to Osteoporosis.

5) Circulation. You need to have good circulation and healthy capillary function to ensure that the minerals, protein and nutrients are reaching the bones.

6) Nutrients. There are many nutrients involved in bone production. Calcium, Magnesium, Boron, Zinc, Vitamin K, Vitamin A & D, Silica, Phosphorous, Potassium, Manganese and B Vitamins are to name just a few. Most minerals and vitamins can be obtained from a whole foods diet.

7) Exercise. Weight bearing exercise is essential to prevent bone deterioration, and a brisk walk is not enough! Ladies, we have to move some weights if we want to build strong healthy bones.

There are many alternatives to dairy:
Freshly made almond milk or other nut milks, seed cheeses, nut butters, smoothies based on water and almonds or green leafy veggies, use your Champion juicer to make banana ice cream or look for alternatives based on nuts and coconut, make dips and spreads such as the “Pesto sauce” above, make your own innovative desserts using raw cacao powder. Many raw food recipe books offer very simple and easy recipes that make replacing dairy a breeze!
Healthy foods containing calcium:

• Almonds
• Apricots
• Buckwheat (sprouted)
• Chickpeas • Collards (raw leaves)
• Figs
• Hazelnuts
• Kale (raw leaves) • Parsley
• Sesame seeds
• Spinach (raw leaves)
• Sunflower seeds
One easy way to incorporate calcium containing foods is do make a green smoothie. Put leafy greens in a blender with one piece of fruit and water and then blend. It tastes quite good and being blended helps the absorption of minerals and proteins in the leafy greens. You can read more about the benefits of green smoothies in “Green For Life” by Victoria Boutenko or see my Green Smoothie Lesson on video!

I hope that helps,
Leisa

I Am breastfeeding and my dr said I need 1,300 mg of calcium a day. Ive read that if you don’t get enough calcium while breastfeeding it will be taken out of my bones and could cause osteoporosis later in life. Should i take pearl calcium?