Is It Costing You Your Head To Get Ahead?

On the radio the other day, I was listening to an investigative news program that was discussing the rapidly growing number of working people who are going to further and further lengths to get ahead in the workplace. The story was of great concern to me, due to the number of people who I see suffering from adrenal exhaustion and chronic fatigue. It got me wondering about the future of the Australian workplace, when doing more than required is becoming an expectation, rather than an option. 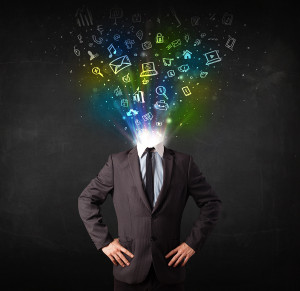 The report stated that the majority of Australian young people entering jobs or industries are working longer and longer hours, and taking less and less time off. And not because it’s in their contracts, but rather so they can achieve some sort of ‘edge’ over their work colleagues. A handful of young people were interviewed, and their general understandings were: that their jobs were insecure, they were expected to come in early and leave late, and that they felt extremely guilty about taking sick days or asking for holidays even though these were part of their contracts. Having a young friend in her mid-twenties who has recently entered the corporate world, I asked her if she could relate to these statements, or recognize these traits in any of her colleagues. And sadly she could, both in herself and in others.

She knew of one young lady who was working so hard at her new job, that she was getting a merge 5 hours of sleep per night, hardly eating, and her hair was beginning to fall out. This is an incredibly dangerous pattern to get into. When you are young, your body will take a fair amount of punishment. Partying, drinking, poor dietary choices, not enough sleep, and working too hard can all be the norm for those people in their 20’s. But the damage they are doing to their bodies often goes unnoticed- until it is too late, and dis-ease sets in.

Let’s look at a few of the body systems that living an unbalanced lifestyle can affect.

The Adrenals
When we push our bodies past their limit, it is often the adrenals that have to produce the energy that keeps us going. Adrenaline levels can rise and spikes become common place as we rush to meet deadlines. Heightened adrenaline can leave us agitated, moody, anxious and unable to sleep. Cortisol levels push increasingly upwards, proving the body with more get-up-and-go, similar to a caffeine hit. Caffeine itself will raise cortisol levels higher, and is often relied upon in high pressure jobs. This will continue until a point where the adrenal glands are unable to continue this over production of cortisol, and exhaustion sets in. Chronic exhaustion. The kind of exhaustion that can keep you in bed and unable to work for months, even years. Naturopaths can help you if you are in this state, or feel you are heading in that direction. Please organise a consultation soon.

The Immune System
The more we punish our bodies, the lower our immune system becomes. Lack of sleep, caffeine, poor dietary choices, stress and air-conditioning all work together to lower the immune system to the point where many people live constantly on the verge of catching something. Glands are commonly raised, a sore throat might niggle a few days a week, and you seem to catch everything that goes around the office. But instead of taking time off to rest and recover, you pop a couple of cold and flu tablets and push on. This is incredibly damaging to the immune system, as well as the adrenals we have already discussed. Chronic illness and autoimmune diseases can result from this toxic state.

The Digestive System
As stress increases, hunger signals decrease. It is not uncommon to find a stressed out business person surviving off caffeine and sugar hits. Food that is consumed during the day is not digested well, as the stomach in its stressed state has not produced enough digestive acid. Food ferments, causing bloating, gas, pain and discomfort. The food ingested does not nourish the body- and energy levels suffer as a results of this malabsorbtion. Some people can loose weight, others will put it on and find it difficult to shift, depending on their individual metabolism.

The Nervous System
Over stimulated from excessive cortisol, adrenaline and caffeine, sleep can become difficult and insomnia can result. Anxiety and panic can occur and the nervous system becomes overwhelmed with stress. It can become difficult to relax, even on weekends and holidays. Depression can occur. Instead of wanting to overachieve to do well, soon you find yourself just struggling to cope with an overwhelming amount of pressure.

This does not depict a healthy, balanced individual. If you let yourself fall into these unhealthy lifestyle habits you may regret it later down the track. Certainly, naturopaths can help if you are suffering from any of the problems I have mentioned above, but I really wanted to highlight the importance of PREVENTION over cure. Prioritizing your health and happiness NOW, is paramount. Not later, not after this project, or promotion, or pay rise. You only get one life, and how healthy you are really does depict how much you are able to enjoy it.