Save The Orangutans AND Love Coconut Palm Sugar!

Having recently become tired of all the advertisements bombarding Facebook, I have turned my social media interest towards Instagram. Quick, real-life, with no ads, I have found a picture and a few words is a great way to let people know what you are up to. The other day I took a road trip down to Byron Bay with a friend of mine. It was a drizzly day, not very good for the sun, sea and sand fun we had in mind, so we stopped at the awesome Roadhouse Café for a hot drink. I was in blissful heaven with my steaming cup of house-made almond milk, raw cacao hot chocolate, sweetened with coconut palm sugar. So I Instagrammed it! 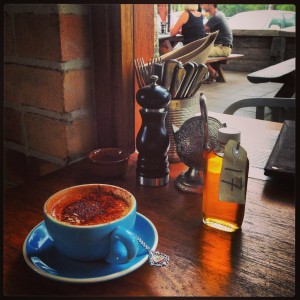 During the early 2000s, orangutan habitat was decreased rapidly due to logging and forest fires, as well as fragmentation by roads. A major factor in that period of time has been the conversion of vast areas of tropical forest to palm oil plantations in response to international demand. Palm oil is used for cooking, cosmetics, mechanics, and biodiesel. Hunting is also a major problem, as is the illegal pet trade. Orangutans may be killed for the bush meat trade, crop protection, or for use for traditional medicine. 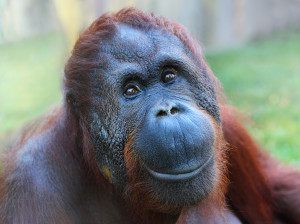 Coconut sugar comes in crystal or granule form, block or liquid. It is essentially a two-step process. It starts with harvesting or “tapping” the blossoms of a coconut tree. Farmers make a cut on the spadix and the sap starts to flow from the cut. The sap is then collected in bamboo containers. The sap collected is then transferred into giant woks and placed over moderate heat to evaporate the moisture content of the sap. The sap is translucent and is about 80% water. As the water evaporates, it starts to transform into a thick syrup-like substance known as a “toddy”. From this form, it is further reduced to crystal, block or soft paste form, or it remains in this form. Essentially, coconut sugar’s form depends on the moisture content of the toddy. 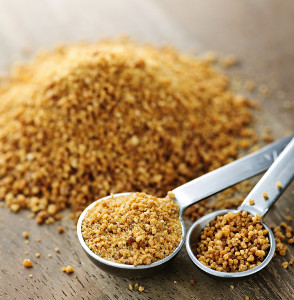 Palm oil cultivation has been criticized for impacts on the natural environment, including deforestation, loss of natural habitats, which has threatened critically endangered species such as the orangutan and Sumatran tiger, and increased greenhouse gas emissions. Efforts to portray palm oil cultivation as sustainable have been made by organizations and the Malaysian government, which has committed to preserve 50 percent its total land area as forest.

Thank goodness! I can go back to enjoying my delicious hot chocolate guilt free!

Hi there. I’m a vegan and have been trying to be very informed about the products I use. I’m bothered by the idea of being responsible in any way of harming wildlife. It makes my stomach turn to think about the orangutans. I’ve stopped using Earth Balance “butter” and went back to regular, organic, Canadian cow’s butter. Okay, I know that’s an animal product but it’s 2 ingredients versus several and no rainforests were destroyed in it’s making. So I’m a vegan who uses butter

Now I’m shifting my focus to sugar. . . . I currently have organic coconut palm sugar from Indonesia. Now it looks like I’ll be giving that up too. Thanks for your info. I suppose I can use maple syrup; organic and Canadian. It sure takes work to be a good vegan!

Thanks for your comment. I think you’d really resonate with this blog I wrote about labels and what we call ourselves! You are who you are, and you eat whatever feels right to you.

Maple syrup is a great sweetener! And I have seen maple sugar available for baking.

Good luck on your journey.

I have been searching for this information everywhere! All those names are confusing. Thank you!!

Next post: Why Are You Doing What You Are Doing?