Last night on a program that I rarely waste time watching – A Current Affair – they had a story on Pete Evans and the Paleo Diet he endorses. I was expecting a completely nasty piece full of misinformation and totally destroying Pete’s character because he supports eating a healthy diet (OMG, how criminal of him!), and that was pretty much how it went. 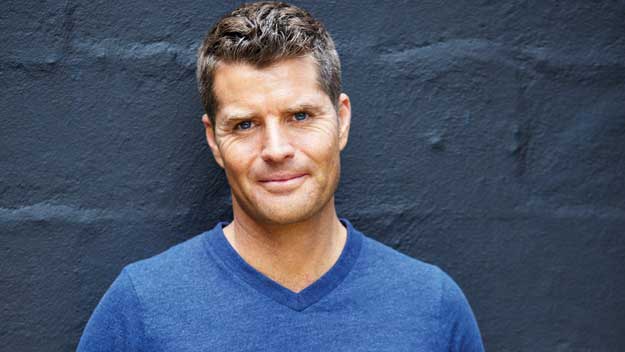 One thing I’ve noticed in mainstream media lately, and one that I plan to write more about in the future, is the complete dismissal of naturopaths as representatives of the health industry. In pieces like this there is the polarity – the “wellness blogger” with no qualifications is interviewed, and pitted against the medical profession – but we don’t see naturopaths of a high calibre interviewed. Sometimes there will be a dietician in the piece for balance, but rarely do we see people such as nutritional biochemist Henry Osiecki or Professor Ian Brighthope interviewed, who could give a deeper and more honest appraisal in topics such as food as medicine. But I guess we are talking about A Current Affair here. Deep isn’t what they are known for.

I find it appalling that there is so much venom directed at people who endorse healthy eating – yet very little is said about the manufactured food industry that is killing people every single day. In the start of this segment vilifying Pete Evans, they came out with all guns blazing, labeling Pete’s views as “extreme”, “dangerous” and saying several times throughout the piece that the “paleo diet doesn’t work”. Although they didn’t actually clarify what they meant by “doesn’t work”. Do they mean people don’t lose weight on it? Don’t get better on it? Hmmmm, very confusing. Maybe they don’t really know what they meant either, but it sounded good at the time.

One of the statements that they jumped on early in the segment was Pete being asked the question “Can people actually heal themselves from chronic illness by taking grains, dairy and sugar out of their diet?” and Pete answered “Yes they can”. And I absolutely agree. By eliminating those foods you are wiping out pretty much all processed and junk foods from the diet in one fell swoop. The one thing that seems to be overlooked whenever people talk about any type of healing diet though, is the fact that they all have one this one fact in common. They all eliminate junk food and processed foods. Once you do that, then the only foods left to eat are a selection of whole foods from nature. This is what heals. It is not necessarily the diet itself – it is the fact that the sugar, trans-fats, chemical flavours, colours and preservatives have all been eliminated. When people turn to a wholefoods diet their health improves, whether it is a paleo program, a raw vegan diet, an Ayurvedic style of eating, marobiotic, Chinese medicine or any other healthful way of eating that has its core in wholefoods from nature. It is not rocket science, and it is alarming that the medical profession can on one hand state that processed diets can lead to disease – but on the other hand they dismiss the fact that a wholesome diet is capable of healing those diseases. Oh, that’s right, there’s a drug for those diseases, I forgot! 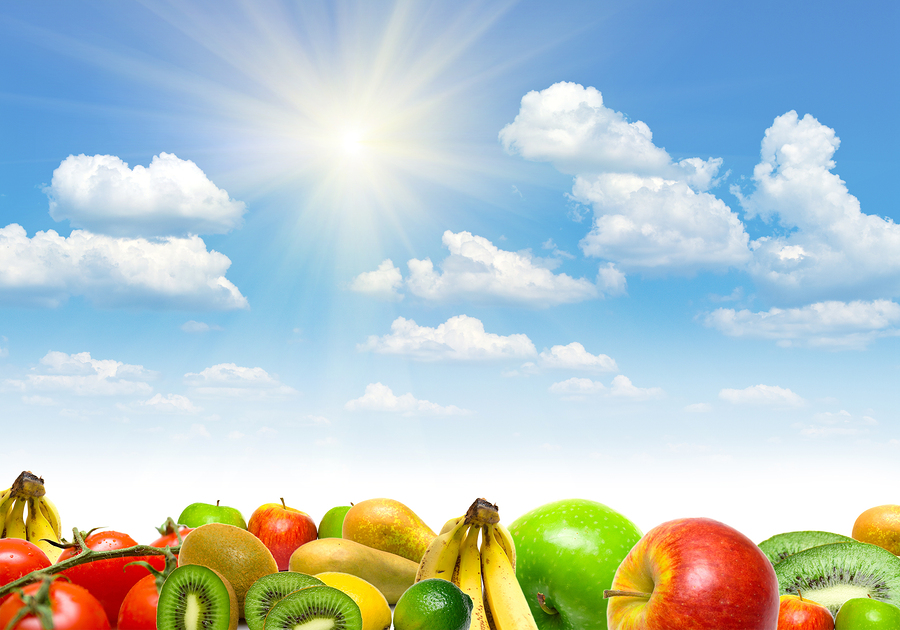 Seriously though, there were a few points that were made in the segment that I do agree with. The Paleo is a fad diet. It has come and it will go again, and something else will take its place. This is just the nature of the industry. Paleo is certainly better than many of the fad diets of the last few decades, but nonetheless, it is still a fad. And for me, paleo is way too heavy in meats and fish – and the elimination of all types of grains (not just the processed ones) doesn’t make sense. There are elements in certain legumes and grains that are very beneficial for health.It is for this reason that I personally don’t endorse one particular way of eating for everyone – what I support is eating wholefoods from nature, and adopting the saying made famous by Michael Pollan, food writer and researcher – “Eat food. Not too much. Mostly plants.” Research shows from the Blue Zones, those areas in the world where people consistently live to over one hundred years of age, that their diet is primarily a plant based one with only small amounts of animal products included. So for long-term health, religiously following the paleo program (or any other for that matter) is not necessarily the answer. Eating a wide variety of fresh wholefoods from nature is the key – and experimenting with elements from all types of healing regimes to find a diet that suits you individually is the answer.

Pete Evans is promoting a lifestyle of wholefoods and getting the message out there that eating well is the solution to many of the health issues plaguing society today. And that is a very good thing, and he is not wrong. Does he cross the line of where his expertise as a chef should end? Yes, I believe he does, but then I also believe that there are many wellness bloggers and speakers out there who should not be giving specific advice (versus general advice which is absolutely fine) who do not have proper qualifications. A short online course does not give you the qualifications to treat disease with natural medicine. Naturopaths study for four years, full-time, to know how to use food as medicine, as well as herbs, supplements, bodywork, homeopathy and counseling as a holistic approach to treating disease. They spend hundreds of hours in consultations, working one-on-one with patients to refine their use of these tools in practical applications. Reading a few books and doing an online course doesn’t compare. But that’s a topic for another blog

Ultimately this episode is a reflection of the rampant brainwashing that goes on in mainstream media, linking health foods to fanaticism and extreme views, as well as ridiculing those who have  the guts to stand up and say that the food pyramid is damaging people’s health and that junk food and processed foods are poisoning consumers. The words “danger” and “extreme” are deliberately peppered throughout the segment to sway the viewer towards a certain opinion. Not unlike the deliberate tainting of the term “conspiracy theorist”, which originally meant someone with intelligence who questioned the official account of events, but was deliberately used in articles alongside the words “freak”, “extremist” and “radical”, until the term took on a new meaning which is now has a permanently fixated in the public’s mind. This is very similar to what we are seeing today, with the words “extreme”, “dangerous” and “radical” used to describe the promotion of healthful food. What sort of world is being created when fruits and vegetables are considered to be dangerous, but “everything in moderation” is OK? Even if those things “in moderation” are genuinely poisonous, fake, chemically-laden psuedo-foods?

Give me my fresh fruit and veggies any day – I’m happy to call myself a radical wholefood extremist!

I have all of Pete’s paleo books and the size of the portion of meat or fish he suggests will fit in the palm of your hand and he also has lots of meatless salads and soups. I don’t think that is too much.

I’m all for healthy eating and whole foods however Pete Evans lost me with his bone broth baby formula – and his complete disregard for expert medical opinion on this matter. To push ahead and self-publish those recipes, when he was being advised to withdraw the recipes by medical professionals, is nothing short of pure arrogance.

I hear what you are saying Michelle, but baby formula is full of chemicals and ‘medical experts’ give it the ok – he is suggesting alternatives, and I would guess that again the media have taken it out of context. I have zero regard for these so called experts who in my opinion have no idea about health and wellness, just take a toxic pill for that so i get paid and when you suffer side effects, come back for another toxic pill and so on and so on…

Thanks Michelle, for sure I agree with you on that part of it – the bone broth formula certainly appears potentially harmful to babies (although I don’t have a copy of the book or the recipe yet so I can’t comment specifically on it in detail yet – but I will do so and write my findings about it in the future) and that is really disturbing, if what is being said is true.

The thing is that Pete Evans is getting the full brunt of the blame for that, when in reality he had a naturopath working with him who should have been aware that the formula was not suitable for infants, and advised him as such. He is a chef and did the right thing in bringing a naturopath on board to work with him on that particular book, but he is solely copping the backlash about that recipe because he is the one endorsing it.

I agree, I haven’t seen anything where the authors admit a mistake was made and that they are aiming to rectify it. I imagine that behind the scenes they are modifying the recipe or aiming it to older children now that the issues with that recipe have been made public. I would like to look into the recipe myself and see what the issues truly are – and if the media has blown it out of proportion, or not.

Thanks Jac – I wonder too why there is no outcry about babies being fed Coke in bottles, or formula with colours, flavours and preservatives, as that is going on every single day and we don’t hear a word about it.

I do find it hard to believe that a recipe that is genuinely harmful would be included in the book (which I do need to investigate before I can have an informed opinion) – or whether the recipe actually has to be taken out of context before it causes harm?

I think it isn’t just a simple issue and needs further clarification. But the backlash has been huge and I don’t think a lot of it has been warranted at all.

Leisa I would love for you to write about investigations when you have had time to read up on this formula. I see kids being fed so much rubbish every day and people deem it normal, or having alcohol when pregnant and thinking thats ok – then fast forward a little and those are the parents who always have sick kids…

I am a Doctor… healthguideness.com provides you diferrent advices for your health fitness. It’s all about health that how to make people healthy. Mens who want to make their sex power increase please you can ask me anything about this. I am always stand for you. Everytime i reply your questions and advise you about successful health.
Sex & Women