Why I Don’t Support #BoycottBali

Last week it was my birthday. And along with celebrating with my family and friends, I had a promotional special all ready to launch to the readers of Embracing Health, and those interested in doing one of my detox retreats. I was going to do a “Birthday Bali Bonus!” offer, and was promoting a 10% discount on single room bookings for my next Bali Retreat in July. It was all ready to go—and then on the very day of my birthday there was word that the two ringleaders of the Bali Nine had been executed in Indonesia that very morning. I put a stop on my promotion, and sat back to contemplate the repercussions of the horrid situation.

I absolutely love Bali. To me it is like a second home, somewhere I am comfortable and relaxed, among friends, both Balinese and ex-pats. I feel safe in Bali, and I have never had a negative experience in all the years I have been going there. Having said that, I do stay away from the tourist areas where there is a lot of partying and drinking, preferring to stay up in the hills in Ubud, a quieter and more spiritual place, where you find a slower pace of life with more genuine tradition and culture than you will find at the popular beach locations. I took my retreats to Bali several years ago, bringing a magical quality to the detox experience and allowing people to not only participate in a world class raw food retreat, but to also have a holiday in a beautiful part of the world. 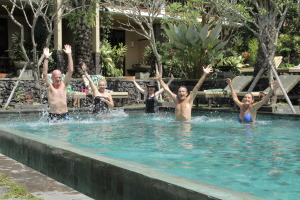 I’ve watched with growing sadness and frustration over the past few months as the media made a sensation out of the potential executions of the two Australian prisoners. I am strongly in opposition to, and abhor the death penalty, and was haunted by the process these men were going through on their path towards certain death. I can think of nothing more frightening than being acutely aware of your own mortality and having it firmly in the hands of a foreign judicial system.

I’ve watched the arguments from both sides—the “do the crime, do the time” brigade who focused on the fact that these were convicted drug traffickers who knowingly smuggled drugs through a country well-known for the death penalty, and the #istandformercy contingent who believe in the power of redemption. There were heated discussions on both sides while lives hung in the balance. As we’re all aware, the execution went ahead, a tragic event for the loved ones of those involved. For the rest of us who didn’t know these people personally, their death touched us and became an opportunity to search our hearts for what we stand for and what meaning can come out of such an event.

For me, the picture is so much bigger than just whether these two men deserved to die. We can discuss the pros and cons of the death penalty and the evils of the drug trade, but in essence the argument is so much more far-reaching than that one final aspect. To not look further is to do a disservice to the complexity of the whole situation and reduces the consequences to a simple for or against mentality. If we delve deeper into the path that led to this outcome, we cannot ignore the magnitude of the drug trade as a global industry, one that many would say is covertly supported by many governments. We see the devastation that the drug trade wreaks—crime, corruption, addiction, sex trafficking, desperation and death.

The questions that need to be asked are not necessarily whether the death penalty is a suitable punishment (although that needs to be asked too), but why people turn to trafficking? Why people turn to drugs? What is it that leads people down that path? What does it say about individuals, families and society that this is an epidemic global problem?

What type of world do we live in when the solution to these issues is to “kill the messenger”, the front-men for a trillion dollar industry. Please don’t get me wrong, the messenger is not blameless by any means, but the conversation is much bigger than just that centred on the two at the forefront of this situation. There is not one neat and simple solution to eradicating the drug trade—it is a reflection of deeper core issues in the state of humanity that results in this thriving culture. It is a depressing indictment of the world we live in that we haven’t progressed further in this conversation to find more evolved ways of dealing with these issues other than further violence, which I don’t believe solves anything.

I saw the #boycottbali theme trending and was saddened by that. Indonesia is not the only country in the world that imposes the death penalty for drug trafficking. Boycotting Bali is nothing more than a knee-jerk reaction in an attempt to assert some level of control in a situation that we have no control over. We want to hit out and hurt the perpetrators of what we see as an inhumane act, but the only people that will hurt over such a stance are the poverty-stricken Balinese. The majority of whom are a kind, generous and gentle population who likely do not support the death penalty either. I understand that Australians want to show the Indonesian government their dissent, saying that if tourism stops in Bali, they will have to take notice and change their laws. But we saw what happened in Bali after the bombings. Tourism did stop—and people starved. The government didn’t step in and look after its people, and the same thing would likely happen if tourism in Bali dropped again. 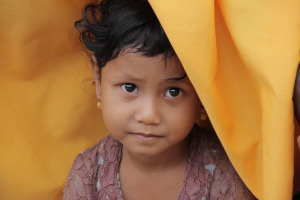 I don’t agree with everything my government does, and would not appreciate being blamed for some of the atrocities the Australian government has perpetrated on behalf of its citizens. We can voice our protest against situations that we believe need to change—as we should—but ultimately we need to look at what the outcome of our actions is actually going to achieve. Boycotting Bali is not going to change the drug trade, or change the laws that Indonesia chooses to impose.

If we want to do anything, the place to start is with ourselves. It sounds trite and sounds cliché, but a global crisis is still made up of global individuals—and to solve the crisis starts with healing the crisis within ourselves—to heal the wounds, traumas and beliefs that would allow drugs to ever become an option in our lives. To be a shining example of health, vitality and emotional resilience that can support others to find that place within themselves as well. To do this as an individual, a family, a community, and a society. With a society made up of healthy, balanced and empowered individuals, there is no need for a drug trade. No demand equals no supply. I know this represents a very simplistic and idealistic viewpoint, but each person who perpetuates this industry, is someone who has not been able to find another way to meet their needs. I’m not saying that we decriminalise the industry and let it be a free-for-all while we sit back and work on people’s “stuff”, but I still believe that if there is an answer to be found, it has to take into account all the complex drivers of the industry, as well as coming back to the core of the individual and the steps they take that lead them to that path. 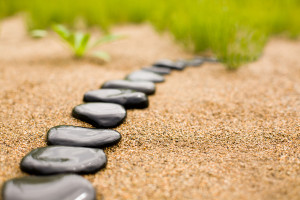 I for one, will not be boycotting Bali, I cannot wait to go back to my second home in a couple of months, and I welcome those who choose to join me! I have many friends in Bali who have said that things are just the same in Ubud as they have always been.

The next Embracing Health Detox, Healing & Raw Food Retreat is being held in Bali from the 16th of July, and is the perfect time to escape our Aussie winter and enjoy the balmy tropics at the most pleasant time of year for Bali. Oh, and the offer is still in place. Put ilovebali in as the coupon code when you secure your place to come along to this exceptional retreat and receive a 10% discount off the single room price of $3395, all inclusive. You can head to the main retreat page to see what is included in the retreat at www.embracinghealth.com.au/retreat and bookings can be made at the specific Bali Retreat page at www.embracinghealth.com.au/retreat/ubud-bali

I look forward to seeing you there!
Leisa

Leisa that was such a thought provoking article, I was so upset by the executions, I think it is barbaric no matter what the circumstances, but I agree with you, boycotting Bali isn’t the answer either. Such a crazy world we live in

Like a lot of Aussies I’ve had a lot of trouble with this whole thing. I’ve had a brother who almost died of a drug overdose, and he is not the person he would have been if he didn’t get hooked, so I hate drug dealers with a passion.

But I also don’t agree with the death penalty and believe there is a lot more to this that meets the eye, and the Indonesian government wanted to make an example here and had a point to prove to the world. I too thought seriously about boycotting bali, but like you, I came to a similar conclusion, that whether I go there or not, it isn’t going to change anything. I totally understand that people will take that step and not go there again, but I love bali too, the balinese are beautiful people and don’t deserve to be punished for what their government did. Lots to think about, I don’t think it is a simple issue.

Wow really good, certainly a poignant article . It is not a simple situation that occurs there , thank you for your words of information and reflection.

I can see your point, you make some really good arguments and even though I only read your article to disagree with you, I ended up changing my mind. This is bigger than just the two drug smugglers who got executed and it is the government, not the people who have done this. I still don’t think I’ll be going to Indo anytime soon, but I like the look of your retreat!