Healing is Not a Linear Path

Of all people, I should know this one well! Having worked with thousands of people over the past fifteen years, often closely accompanying them on their healing journeys – if there’s one thing I’ve learned, is that it’s never a straight path back to health.

In August I wrote my first blog post “In Recovery” after nearly three years away from Embracing Health dealing with what I call a major life clusterfuck of epic proportions. Earlier this year there had been a turning point and little bit of space that allowed me to start moving into the healing practices that I knew I needed to bring into my life to recover from the trauma, grief and ridiculous levels of stress. By August I was feeling really positive and engaged in my healing and felt like I was coming back to myself again. It was a great feeling to turn that corner and know that it was possible to feel amazing again. 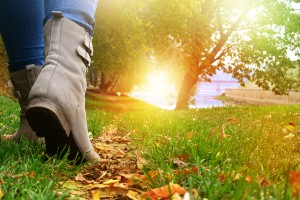 About eighteen months ago I had a session with Steve Richards, the founder of Holographic Kinetics – a energetic healing modality based on Aboriginal dreamtime healing that works in different dimensions to get to the root of patterns we experience that may have been playing out for many lifetimes. At my first session something pretty powerful shifted and there was a small light that entered one of the darkest of my situations. As my work had always encompassed and integrated the physical, emotional and spiritual aspects of healing, I was drawn to HK and booked myself in to study to become a HK practitioner.

A week after I wrote my “In Recovery” blog post in August, I attended the 7-day HK practitioner training in Byron Bay. The course was fantastic and each day we would partner up and take each other through several sessions of clearing. The information that would come through and the links made were nothing short of astounding and for many, life changing. However, by the sixth day, exhaustion had set in. Normally with a HK session you’d work on 3-4 issues, clear those and then take months to integrate the new energetic patterns. With the course though, we were healing sometimes a dozen issues a day, and then coming back to do it all again the next. It was draining. I pushed myself to finish the course and get through the last day – and then I had a massive adrenal crisis and collapsed! Far out.

So, then I needed to recover during my recovery, LOLOLOL

I’d pushed myself past my limits and it became clear that regardless of how good I had been feeling, my body was still dealing with the aftermath of huge stress and my fragile little adrenal glands were struggling to keep up. The last eight weeks have been a period of fatigue where I’ve had to be more insular, to rest and pace myself as I retreated into deep sadness again.

During these times of “two steps forward, one step back” I remind myself that this will pass, I won’t be stuck in this state forever and that on the other side of this is a feeling of health, well-being, optimism and joy. 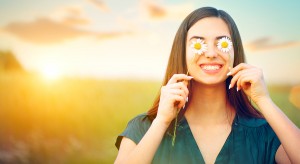 I know that when we are healing very deep trauma it takes time. We are integrating new energetic patterns that are shifting the very essence of our cellular memories and reforming ourselves into a completely new way of being. This takes enormous courage, faith and a resilience to allow the death and rebirth process to take place in whatever way it needs to emerge.

In the core of every trauma, there is a seed of opportunity if we are brave enough to allow it to find the light. Nearly three years ago now, I was the target of horrific levels of family abuse that were as inhumane as they were malicious. The devastation and grief of losing my entire family, extended family and my beloved niece and nephew due to the narcissistic toxicity of one person cannot be over-estimated.

For those who have been to my Embracing Health Retreats, or heard my talk on “The Emotional Aspects of Healing” you would be familiar with my almost absurd ability to attract bullies into my life. It’s a pattern that I’ve been aware of from a very young age and believe me, I’ve spent most of my life delving into this pattern and doing my best to shift it. This pattern has been like an onion, with seemingly endless layers and when I uncover and deal with one aspect of bullying, another would raise its ugly head to be looked at. But within what has been described by an expert in narcissistic abuse as “the ultimate in narcissistic annihilation”, has been the seed of opportunity to be done with bullying once and for all. And so it is. For the first time in my life I have zero tolerance for any behaviour that is remotely toxic. My boundaries are pretty fucking solid and the blind spots and behaviours that unconsciously invited bullies and narcissists to come prey on me, have died a spectacular death and left me dancing on their ashes. 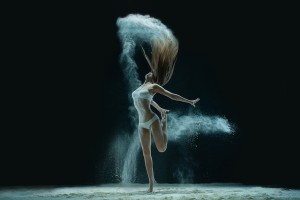 Whilst working through this deep family trauma, at the same time I was dealing with:

A clusterfuck indeed – that is not over yet.

During this very dark and challenging time, the endless support, love, encouragement, nurturing and patience of five very special people were instrumental in helping me to slowly uncover those precious seeds of opportunity and use them to rebuild myself into a wiser and stronger version of myself. I cannot ever repay what has been gifted to me by these unique and amazing individuals. Of course, one of the famous five is my rock solid source of strength, my gorgeous husband, alongside my very best friends in the world Jen, Sally, Andrea and Oksana – who are all there for me, but will also kick me up the bum as needed

One of the many joys of moving on to our beautiful acreage in the hinterland (besides our menagerie of birds, dogs & horses) is the community of locals that have offered us the most generous of welcomes and hands of friendship. Mary-Ellen and Tracy, I have been so, so lucky to have you both in my life as the most awesome neighbours ever.

I also let down those ten-foot tall bulletproof boundaries enough to let two new very extraordinary friends into my life – the amazingly talented writer and wise-woman Natalie Sprite who has encouraged my writing and is mentoring me to become the author I always thought was hidden in there somewhere, and Annelise who is going to be my partner in crime in all sorts of fun horsey adventures together and is the most beautiful, understanding soul.

My tag line since the conception of Embracing Health in 2008 has been “Healing is a journey, not just a raw food diet”, and that means as much to me now as it ever did. Although I have always studied and practiced an integration of mind body medicine, the level of awareness I now have of the effects of abuse, narcissism, trauma, grief, stress, C-PTSD, childhood trauma and psychological survival adaptations – has increased a thousand-fold. The relationship of these issues with the physical manifestation of illness, especially fatigue related suffering, is something I’ve experienced and am well on my way to overcoming on all levels.

In time, I will be releasing a whole new website of insights and information for those who find themselves walking a similar path to the one that I have, but are not out of the darkness yet. It is my hope that from the lessons I’ve been forced to learn through these challenging and difficult years, something powerful will come from that to light the way for others.

But until then, I’ll keep my focus on my own healing path – even if it is one that twists and turns everywhere!