As the year 2008 comes to a close, it has been a time for reviewing the year just gone and setting goals, dreams and desires for the next.

I have to say that if I was going to sum up 2008 in few words it would be “the year of contrasts”.

There were huge ups and downs this year – moments of despair and moments of elation – so all in all it was a year full of texture, colour and enormous personal growth.

My new tag line that you will all see coming in the New Year in the branding of my business, is “Healing is a journey, not just a (raw food) diet.

And I think that really encompasses what I am all about.  Health on all levels is important to me, and one of the greatest understandings that I’ve had, is that health isn’t a destination that you get to and then you just stop.   It is an ongoing process, a journey that changes day to day.

Health is something that you might feel you have achieved one day, and then it slips away again and there is something new to learn. It is an ever constant meandering along the path, with subtle and not so subtle shifts that direct us toward feeling happy, energetic, vibrant and alive. 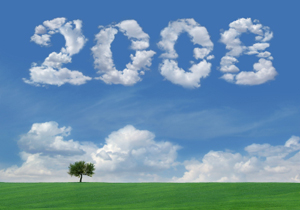 This year started off so well.  I had been working for three years as the Naturopath at Hippocrates Health Centre, it was for sale, and I had high hopes of being able to negotiate the purchase myself, or work with new owners to continue there in a more involved capacity.  I loved working at the centre, coaching people through the detox program, making many good friends from around the country and overseas, and witnessing the shifts and changes they made during the program.

Then everything changed when the centre closed, and it felt like my world fell apart.  If I wasn’t the Hippocrates Health Centre Naturopath, who was I?  Did I have an identity myself without the centre?  My future plans were gone and I felt lost and betrayed.

Of course knowing what I know, and having one of my most popular lectures The Emotional Aspects of Healing even made into a DVD, I had the tools to be able to deal with the blow and move on.  You would think…. But it wasn’t that easy!  I knew that there was a bigger picture here, and that we can’t judge a situation as “good” or “bad” because we may not be able to clearly see that greater picture yet – but it did take me a couple of months to work through my feelings and come out the other side where I could be genuinely grateful for the opportunities I had, and to look to the future and new possibilities.

Part of that was letting the feelings flow and not cutting them off – but there were times when that flow was a flood!

Out of that came the birth of Embracing Health, and the Embracing Life! Retreats.  The passion I had for bringing groups of people together to share wisdom, learn about raw food healing, and connect, was something that couldn’t be quenched, and I found a way to bring my vision into reality.  The success of the venture can be seen in the heartfelt retreat testimonials generously shared by the retreat participants.

It is one of the most powerful examples of starting with nothing more than a thought, and then following that thought through to create a reality, that I have ever accomplished in my life.  In that there has been an incredible amount of satisfaction, happiness, and gratefulness, and it has been an amazing  journey that has led me to grow on all levels.

I have read a lot about being “on purpose” and how things flow when they are meant to be.  And even though I have experienced that at different times, the synchronicities around the pulling together of the retreats has simply been mind blowing. I finally understand the saying that goes something like “when you make a decision, the universe conspires to make it happen”.  Or this is even better:

“Until one is committed, there is hesitancy, the chance to draw back– Concerning all acts of initiative (and creation), there is one elementary truth that ignorance of which kills countless ideas and splendid plans: that the moment one definitely commits oneself, then Providence moves too. All sorts of things occur to help one that would never otherwise have occurred. A whole stream of events issues from the decision, raising in one’s favor all manner of unforeseen incidents and meetings and material assistance, which no man could have dreamed would have come his way. Whatever you can do, or dream you can do, begin it. Boldness has genius, power, and magic in it. Begin it now.”

And that sums it up.

See you next year,