DNA is Not Destiny

I love the field of epigenetics – it sounds complicated – but it is the field of study looking at changes of gene expression that occur without the underlying DNA changing.

Today’s catch-cry for absolving ourselves from responsibility for our illnesses is “It’s genetic – I have a genetic predisposition to X disease – so it’s not my fault”.  Soon though, I have the feeling that we won’t be able to use that excuse, as research goes deeper into the environmental stimuli that affect whether a gene expresses itself in a positive or negative (disease creating) manner.

When we speak of environment – we mean things like the food we eat, the toxins we are exposed to AND the thoughts we think.  Pretty powerful stuff to think that our lifestyles have such an impact on our genetics. 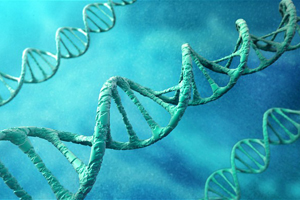 Bruce Lipton is one who has done some brilliant work in this area and is at the forefront of epigenetic research – I reviewed his book “The Biology of Belief” in my latest Membership Magazine and will be interviewing him for the Members later this year.  This paper below, however gives a wonderful insight into this amazing field of study:

“Back in 2000, Randy Jirtle, a professor of radiation oncology at Duke University, and his postdoctoral student Robert Waterland designed a groundbreaking genetic experiment that was simplicity itself. They started with pairs of fat yellow mice known to scientists as agouti mice, so called because they carry a particular gene—the agouti gene—that in addition to making the rodents ravenous and yellow renders them prone to cancer and diabetes. Jirtle and Waterland set about to see if they could change the unfortunate genetic legacy of these little creatures.

Typically, when agouti mice breed, most of the offspring are identical to the parents: just as yellow, fat as pincushions, and susceptible to life-shortening disease. The parent mice in Jirtle and Waterland’s experiment, however, produced a majority of offspring that looked altogether different. These young mice were slender and mousy brown. Moreover, they did not display their parents’ susceptibility to cancer and diabetes and lived to a spry old age. The effects of the agouti gene had been virtually erased.

Remarkably, the researchers effected this transformation without altering a single letter of the mouse’s DNA. Their approach instead was radically straightforward—they changed the moms’ diet. Starting just before conception, Jirtle and Waterland fed a test group of mother mice a diet rich in methyl donors, small chemical clusters that can attach to a gene and turn it off. These molecules are common in the environment and are found in many foods, including onions, garlic, beets, and in the food supplements often given to pregnant women. After being consumed by the mothers, the methyl donors worked their way into the developing embryos’ chromosomes and onto the critical agouti gene. The mothers passed along the agouti gene to their children intact, but thanks to their methyl-rich pregnancy diet, they had added to the gene a chemical switch that dimmed the gene’s deleterious effects.”

You can read the full article here: