The below article came through from Mary Shomon this week, and it prompted me to look into whether we use this pesticide in Australia. I’ve known for a long time that strawberries are one of the most contaminated fruits we can buy, and is one food that we should only ever eat if it is organically grown – but this particular pesticide takes harmful to a new level.

As Mary states in her article below, Methyl Iodide is a known carcinogen, and is listed in Australia as a Schedule 3 carcinogen, meaning it is a substance suspected of having carcinogenic potential and possible carcinogenic effects on humans, but not enough available information to make a satisfactory assessment. There is some evidence from animal and epidemiological studies, but this is insufficient to place in Category 2.

From my research, this pesticide is currently being trialled in Victoria and is likely to be approved for use on Australian strawberry crops in the next couple of years. This is one pesticide that we will want to stay away from. To voice your opinion on the proposed use of Methyl Iodide on Australian Strawberry Crops – please write to the contact in your state from this website www.strawberriesaustralia.com.au 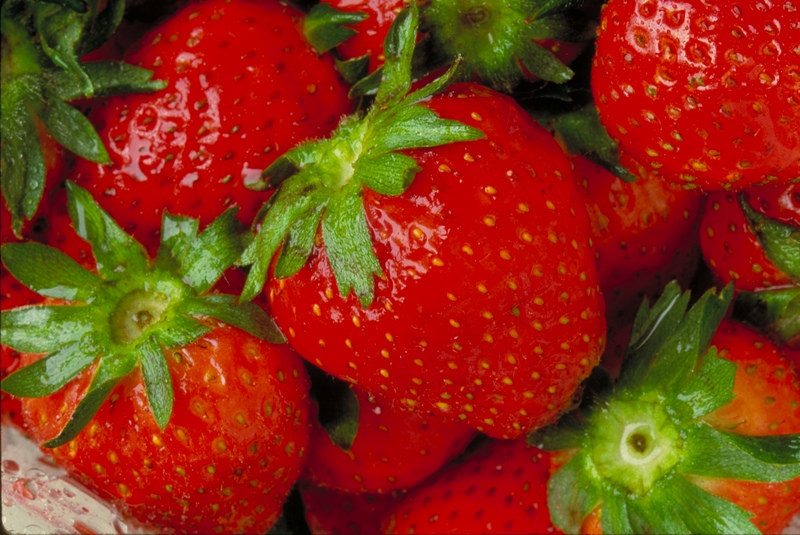 “Strawberry Fields…For Cancer? Thyroid Cancer is One of Many Health Dangers of Methyl Iodide, Toxic Pesticide Being Considered for Use on California Crops Thursday June 17, 2010

Is there anything left that doesn’t cause some sort of health danger, and in particular, problems for the thyroid?

The latest news is that California’s strawberry growers may soon replace the pesticide methyl bromide with methyl iodide. Methyl iodide is typically mixed into dirt to kill insects, bacteria, fungus, and weeds. It’s likely to be used primarily with strawberries because, according to the San Francisco Chronicle, “that fruit is particularly susceptible to soil-borne pests.”

Methyl iodide, while not a danger to the ozone layer (as methyl bromide is), is a toxic fumigant that has a number of negative health effects, including on the thyroid. According to the Pesticide Action Network, “Methyl iodide is so reliably carcinogenic that it’s used in the lab to cause cancer. Scientists say it ‘cannot be used safely,’ yet [the California Department of Pesticide Regulation] has proposed approval.” Studies have also shown that in animal studies, methyl iodide can cause thyroid cancer and miscarriages. And, according to Dr. Paul Blanc, one of the scientists who has reviewed the data on methyl iodide, there are also serious concerns “about methyl iodide’s long term effects on the developing nervous system of any infant or child that might come into contact even with very small amounts of this highly toxic material.”

Dr. Blanc is not alone in his concerns. Forty-nine scientists and five Nobel prize winners have issued statements opposing the use of methyl iodide, according to United Press International. Many environmental groups also strongly oppose the approval of methyl iodide use on California’s crops.

Unless there is a strong public opposition in the next few days, however, methyl iodide will become legal for growers to use at the end of June. This means Californians have less than two weeks to register concern about the use of methyl iodide on crops, including strawberries. And here is a frightening statistic: an estimated 85% of our strawberries sold in the U.S. come from California.”

Make sure you write to Strawberries Australia to voice your concern, as this issue is not just a U.S. one.

Thanks for sharing lots of information about Methyl Iodide…Nice blog..Methyl iodide is also called Iodomethane. Methyl Bromide is replace with Methyl iodide. Methy Iodide is used in various medicines and pesticides. Methyl Iodide is kill insects, bacteria, fungus, and weeds. We are Methyl iodide manufacturer in India. Visit Our site http://www.omkarchemicals.com/methyl_iodide.html

Thanks for sharing the post. Informative. Keep posting more.
http://www.healthopinion.net

Previous post: Functional Medicine – The Way of the Future