My work as a Naturopath is mainly with adults – however I really feel for this generation of children who are starting life with so many strikes against them.

We now know that every child born in Western civilisation is born with more than 278 toxins in their body.  There is more environmental pollution today than there ever has been.   There is more toxic food than ever, and so many, many parents rely of fast food and junk food as a staple of the diet.   Even when families do embrace a good diet, more often that not conventional produce is used, putting even more toxins into little children. 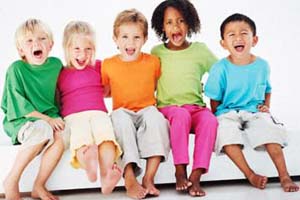 Which is why naturopath’s recommend 12 months of detoxification before couples even try to fall pregnant.

Eating organic produce, reducing the amount of chemicals and toxins in other foods, and avoiding toxic personal care and cleaning products, can go a long way to lowering the chemical burden in your life.   If you do have a child suffering from an attention disorder, it is imperative that they go on a very clean diet, detoxify gently, and have all chemicals removed from their environment.  With some supportive naturopathic care, incredible results can be seen.

It’s great that these connections are starting to be made and publicised in the general media.

Next post: Tips on Being the Partner of a Raw Fooder