When I was about 10 years old I was watching the evening news with my family, when a politician came on urging women to have more children for the “growth of Australia”. I remember thinking, even at that young age, that this was a ridiculous proposal seeing as the world was already over-populated and had endless problems with poverty, starvation and violence. I remember thinking  “shouldn’t we put a lid on any growth until we find solution to the problems we already face?”

So I asked my Dad why we needed more growth? His answer was that economics is based on continual growth, and without it, the world economies would collapse. In my childlike ignorance I asked why the most brilliant financial minds in the world couldn’t come up with an economy based on sustainability (I don’t think I used that particular word when I was 10, but that’s what I meant), rather than growth – knowing even at that age that there would come a point when the growth was too much for the planet. 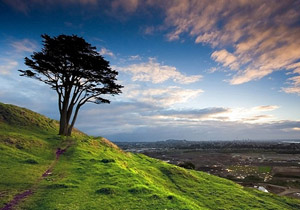 I was picturing all the green acres around where I lived, filled with houses due to a booming population and I was horrified at that thought. Wouldn’t it be wiser to find ways of living within a neutral economy rather than one of endless growth? Wouldn’t we rather have a few acres of land each, rather than density of housing because of over-population?

These were the thoughts running through my naive child’s mind, but those questions have never really left me – and I’ve never really seen any valid answers to this incredibly complex subject either. And even though it is a bit on the negative side, neither has Mike Adams from Natural News:

“Protecting the environment isn’t a “liberal” idea; it’s everybody’s business. Liberal or conservative, Democrat or Republican, the environment provides life support for us all, and if we fail to recognize that, we are truly doomed as a civilization.

To help explain this, I’ve put together a simple thought experiment. It begins with three undeniable truths about humans and the environment:”

Read the rest of the article here:

Do you have any thoughts on this important subject?

I feel we have to incorporate only those things that are sustainable and to do this we need to look into how others are managing. We have been caught up in a faster and faster way of life which damages us as well as our environment because we dont see that we and it are one. Although electronics have brought us knowledge that wasnt available to the average person once, the hectic pace that we live in conjunction with this access is actually a slow death and the consequences are that we always want more. As our spirituality grows (and it is growing) we need to rely on our right sided thinking more and sustain this with only the practical usage of our left side thinking. We look at tribes in the jungles and want to bring them our sophistication but then we pull them down to our level and its all based on the belief pattern that we have only one life. Once one comes to terms with the fact that we have many lives it doesnt become so important to do it all in this life that we are in now. Then we can slow down and live each moment as it comes. We have been told that we have 2 ways of living one is in the faith that we will be provided for if only we have the faith and the other is to use our left brain thinking to supply us with lifes needs or rather what we consider our needs. Once one switches to the former way of thinking and living, doors start to open up on a daily basis and coincidences become a wonderful way to live. Living from the heart and in the moment allows us full expansion of what we came here to learn. Whilst I use technology to supply my juices and smoothies and bring me rock dust to grow my vegetables I have also stopped needing the flamboyance of my earlier years. The joy of walking outside and hearing the birds. Looking up into the 30metre plus trees that adorn the end of my garden. Feeling the sun on my skin and just being in the moment is so much more than going shopping for a new dress. The most amazing thing about this is I have a grandaughter of 19 who feels the same so there is hope that some of the younger generations do want the simple life. We dont need to over populate to have this. We now have 13,000 years of female supremacy lets see if we can learn from the past and incorporate the male energy as a balance because until we use the Yin and Yang together we will generate an inbalance into our earth and we dont have a lot of choices left if we continue down this destructive way of life.

What a beautiful, beautiful inspiring message Frances – this is exactly what so many need to hear and awaken to – there are so many joys to experience when you step out of the world of consumerism and realise we are part of this planet and we can thrive in harmony with it.

I appreciate you taking the time to write your valuable comments and I hope many others read what you have to say.