I found this fantastic article from Pam Popper PhD explaining the results of a recent study which found that eating more servings of fruit and vegetables did not significantly reduce cancer risk.  As I have mentioned in previous blog posts such as The Double Blind Debacle, studies measuring nutrition are more than often flawed.  This is what Pam Popper had to say about this particular study and I wholeheartedly agree.

“The Journal of the National Cancer Institute published an article online in which researchers reported that eating more servings of fruits and vegetables daily did not significantly reduce the risk of cancer.

Researchers obtained data on 478,478 men and women in ten European countries and then followed them for an average of 8.7 years.  They assessed the association between cancer risk and fruit and vegetable consumption.  The researchers concluded that “high intake of vegetables, and fruits and vegetables combined, was associated with a small reduction in overall cancer risk.” 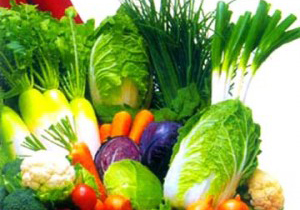 I’m not surprised at these results, and I actually agree with the findings of the researchers.  The problem is not that the conclusions are incorrect; the problem is that the interpretation and reporting of the results are very misleading.

The term “high intake” as applied to the fruit and vegetable consumption of the study participants might lead one to believe that the participants were eating a plant-based diet.  But this was not the case.

Scientific American included this comment in its online article covering the study: “The researchers concluded that if the results of the analysis can be broadly applied, upping daily fruit and vegetable consumption by about 150 grams (equivalent to about one cup of cherry tomatoes or 1.5 medium bananas), from most dietary levels, could prevent about 2.5% of cancers in most populations.”  This is true; an extra serving of vegetables or fruit daily is not enough to improve anyone’s health outcomes.

This study’s structure and conclusions are indicative of a major problem plaguing research studies that attempt to establish a relationship between diet and health.  Scientists tend to structure studies that evaluate the effects of individual nutrients or foods, or small variations in less-than-optimal diets on health, instead of looking at the totality of the diet.  This is a very important limiting factor.

Those of us who are recommending a well-structured plant-based diet as a means for preventing, stopping the progression of, and even reversing disease, are achieving spectacular results by teaching people to make sweeping changes in their diets, not by adding or restricting one food, or by making small changes in their eating patterns.  These changes include the elimination of dairy products; reducing or eliminating the consumption of all other animal foods (the upper limit being 10% of calories); reducing fat and eliminating oils; and eating a diet comprised of high-fiber, nutrient-dense, whole plant foods.  Studies have shown that such a diet is not only protective, but can actually stop the progression of and even reverse disease.,,

In this case, the researchers were attempting to isolate the protective effects of what turned out to be very small differences in the amounts of fruits and vegetables consumed on cancer incidence. Although they did factor in consumption of alcohol and smoking, they did not take into consideration other very important dietary factors.  Animal protein has been proven to be a powerful cancer promoter.  Dietary fat, including monounsaturated and polyunsaturated fat, is also a significant factor in cancer risk.  And the consumption of dairy products has been linked to several forms of cancer, particularly prostate cancer.  But these factors were not considered.

The dietary habits in this study were self-reported, and researchers acknowledge limitations in self-reported information. Without intentionally trying to mislead, subjects will often misrepresent their eating patterns.  People often do not remember what they ate, and are sometimes hesitant to report consumption of desserts, large portions, second helpings, and other habits that they think are unhealthy.  They will also tend to over-estimate consumption of foods like fruits, vegetables and whole grains.

The unfortunate result of studies of this type is that they confuse people, perpetuating the idea that diseases like cancer are largely unpreventable and that their diets do not really matter.  This turns people into helpless victims rather than empowering them to take control of their health.

A well-structured plant-based diet is effective in reducing the risk of common degenerative diseases, and has been proven to be a powerful tool in helping sick people to regain their health.  Much research has already been conducted and published proving this relationship, and medical journals and the media need to report this information to the general public.”