Has anyone else had those funny little round balls of light show up in their photographs?

I have been noticing these little anomalies showing up at different times, and of course put it down to dust, a trick of the light, the flash, or some other camera issue – however I have had a few photo’s with orbs in them, that really don’t seem to be any type of error. 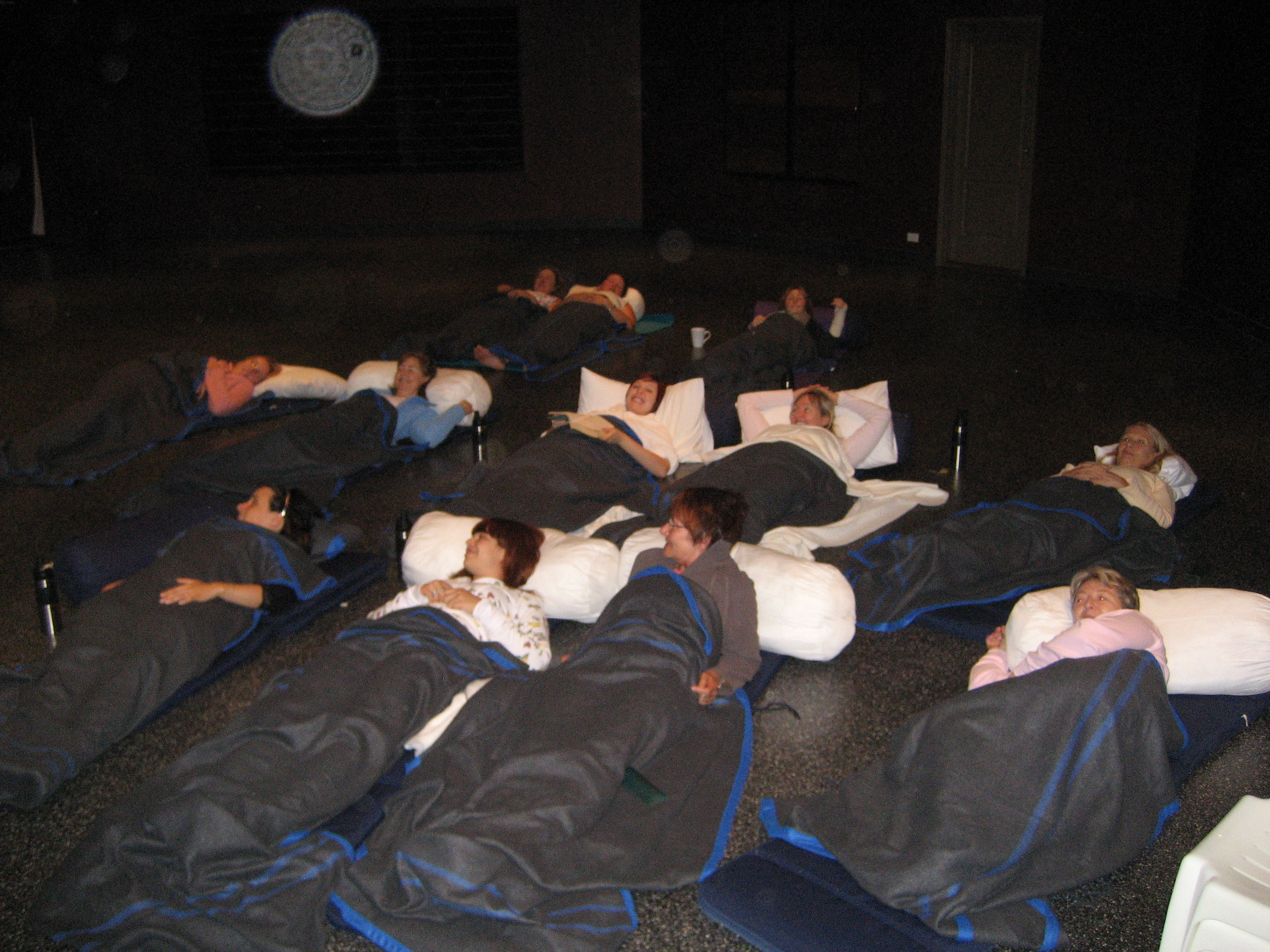 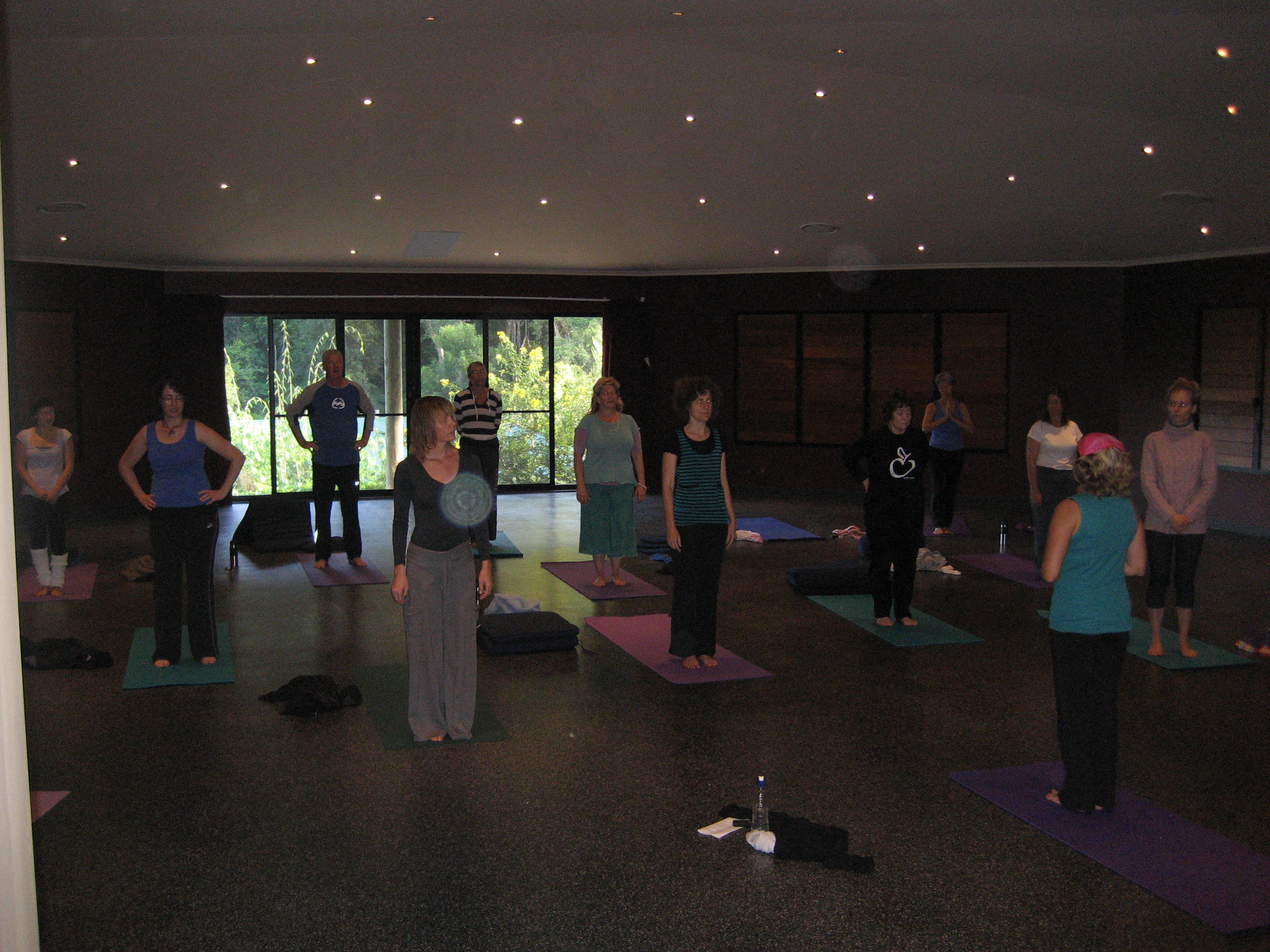 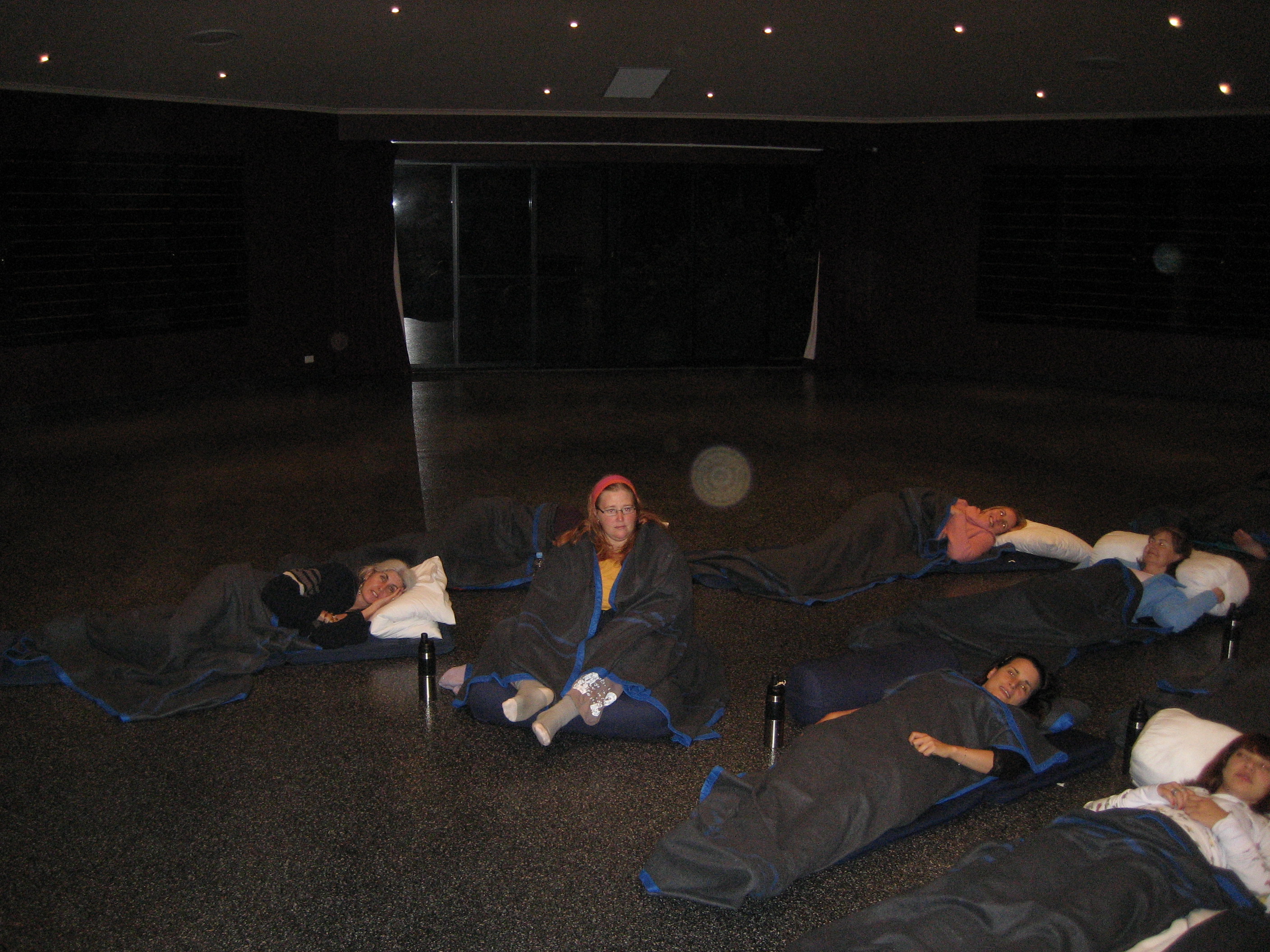 The above photographs were taken in the Temple at the Universal Peace Centre at retreats earlier this year, and there were a whole host of photo’s with these little lights showing up.  Seeing as it is such a spiritual place, I would prefer to think that they are little spirit guides showing up on camera, but other people may have alternative explanations for them 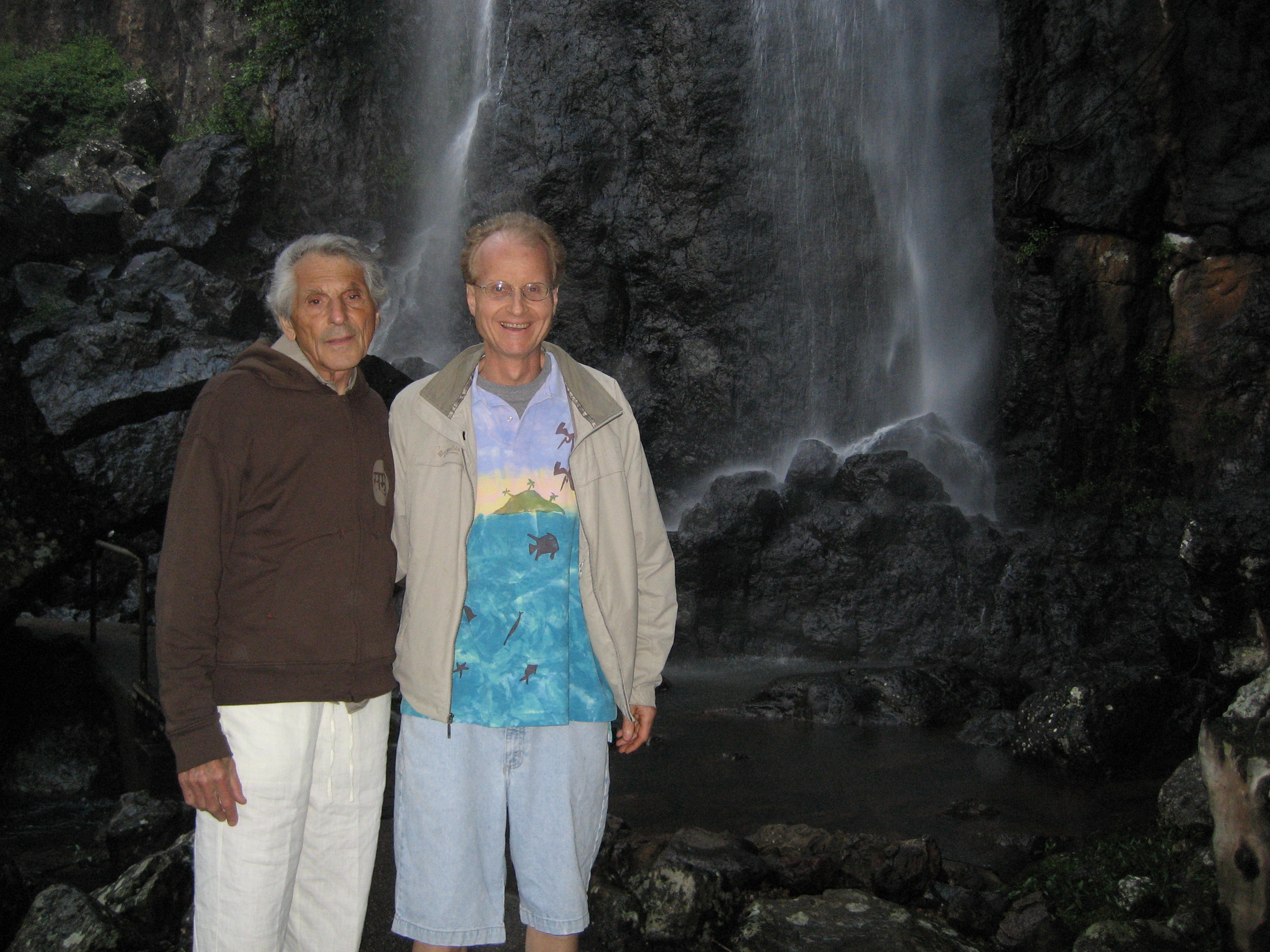 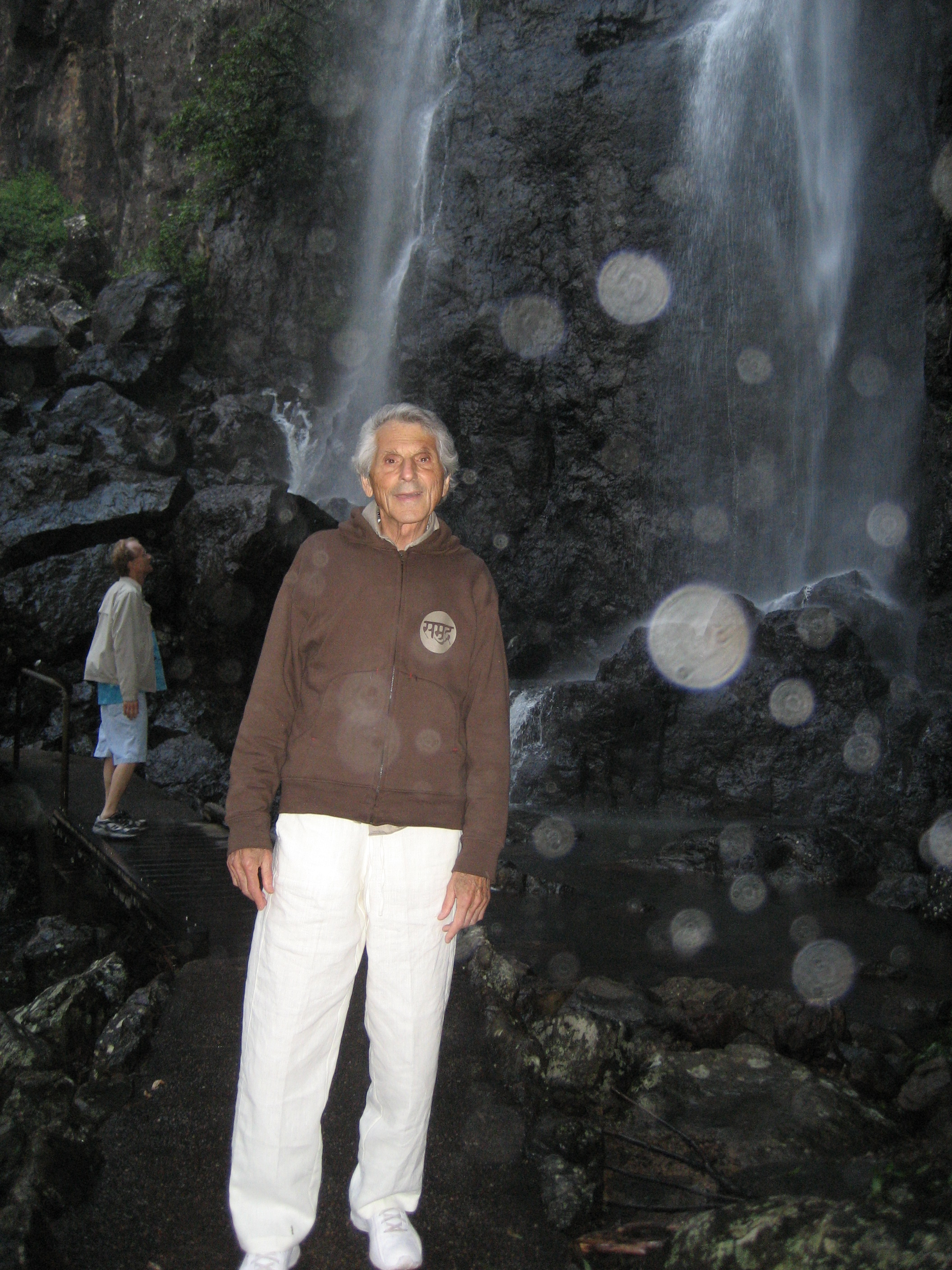 When these next photo’s were taken, Dr Fred, Dr. Rory and I were hiking in Springbrook National Park and I took some photo’s right next to a huge waterfall.  These photo’s were taken only seconds apart, yet in the one of Dr. Fred by himself there are orbs everywhere!  I did take several photographs at this spot and only the ones of Dr. Fred alone show any orbs….  Trick of the light?  Droplets of water?  Change in the direction of the wind to blow the droplets across the camera???  Hhhhmmm….

There are many books being released now on this phenomenon, and I can’t say I have read any as yet – but if anyone else has, or has their own orb stories or opinion on what orbs are, be sure to post a comment!

Hi Leisa,
About the orbs, of all the photographs I took at the may retreat at the UPC, there were 2 pics in particular that had heaps of orbs and they were in my room. I will try to download on myspace very soon when I can. Did you pass out the email addresses for everyone at the may retreat, I haven’t received them? I still have a pair of bathers to return to Tess and have no idea how to get in touch with her. Spoke to Ron a few days ago, he is in Calif at the raw food food chefs course and very excited , he said the food is just outstanding already and has so far lost 17kg. I think he is just going to continue with this momentum and be a real force in the promotion raw food. Hope all is well with u and u are continuing your great success!
Cheers,
Karen Hall

I recall reading in a New Age book (probably Doreen Virtue’s) about orbs or fairy/angel lights that appear in the dark to signify the presence of angels. I really wish I could confirm the name or author of that book but I have done so much reading lately that I am not able to do so – sorry.

Dr. Bisci is an incredibly marvellous man and it is no wonder that the his photos are surrounded by these lights!

Dear Maureen,
That’s OK – I’ve had a look at a few books and sites and it is a very interesting phenomenon that has many theories and ideas. I like the one about them being the presence of angels, so I will go with that. Yes, I too thought it was very significant that there were many orbs around Dr. Fred, who is such a genuine and beautiful person.
Leis

Hi Karen,
That’s great that there were heaps of orbs in yoru room! The energy of the Uki area is amazing and we’ve had many strange experiences there, so having lots of orbs is not surprising. I did send out the e-mail addresses, so if there was anything else you needed, just send me an e-mail. That’s great that Ron is doing so well, I hope to hear from him when he’s back.
Leis