I was so sad this week to learn of the death of Michael Jackson at just 50 years of age.  Even though I haven’t followed his career or music for many years – at the height of his success in the eighties, I was a teenager and a HUGE Michael Jackson fan.

I had posters of him all over my bedroom, I had his records (isn’t that showing my age, lol) and knew every word to every song.  Michael Jackson’s music was the soundtrack to my teenage years and brings back some wonderful memories.

What happened to Michael, from all reports, was a long-term abuse of prescription drugs leading to chronic ill-health and degeneration, culminating in heart failure.

I think this is one of the saddest cases of abuse by the medical profession and highlights the absolute criminality of the whole medical and pharmaceutical industry.  When one of the most successful, talented and wealthiest men in the world cannot get genuine help and is only fed a cocktail of drugs to “alleviate” his symptoms – something is very, very wrong with the world. 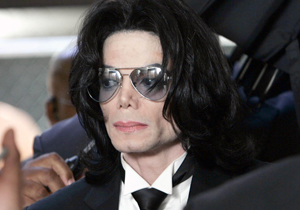 This is why the monopoly of medicine over health care causes such incredible harm to people.  Alternatives to medications are vilified in the media, natural medicine is labelled “unscientific”, and the ability of the body to heal with simple foods is not taught and goes unknown by the general population.

Michael Jackson obviously had psychological issues that it is claimed stemmed from abuse as a child.  But rather than address those issues with healing techniques such as counselling, EFT, NLP, bio-feedback, spiritual healing etc and going on his own journey of healing and becoming whole; he chose to change his face as a way of coping.  Likely he was given psychiatric medication as well and this would not have helped to resolve his issues.

Had he chosen natural remedies, a diet of whole fresh foods, superfoods, herbs and regular detoxification and cleansing, I believe that Michael Jackson could have avoided the horrors of prescription medicine addiction and the subsequent deterioration and early death that he suffered.  The people advising him on his health should be charged with murder, because that is what this is, and it happens every day in the medical profession.

Heath Ledger was also killed by “safe” medications; Farrah Fawcett is another that suffered at the hands of Western medical treatment for cancer; Patrick Swayze is also putting his life in the hands of the oncologists and experimental chemotherapy; I believe Britney Spears’ melt-down was very likely preventable with the right nutrition and guidance; and Oprah Winfrey is obviously suffering from a thyroid disorder that has never been treated properly.

If all the money in the world and the very best “medical treatment” cannot make you well, then I think this shows that the medical model is fatally flawed and that it needs to be abandoned.

There are answers – but they come in the form of personal responsibility for your own health – and seeking knowledge from the realm of the natural world.  Not a magic pill, potion or powder – but an understanding that whole food, good quality water, sunlight, rest, exercise, stress management and a positive outlook on life have more healing power in them than ANY medication the pharmaceutical world could offer.

What an excellent article on Michael Jackson. My sentiments exactly. Thanks Lisa