What a terribly sad thing it is when someone as young as 32 passes away – and it is even sadder that this may be another death that can be laid at squarely at the feet of a murderous medical profession.

What I wrote about Michael Jackson’s death also seems to apply here: “Had he chosen natural remedies, a diet of whole fresh foods, superfoods, herbs and regular detoxification and cleansing, I believe that Michael Jackson could have avoided the horrors of prescription medicine addiction and the subsequent deterioration and early death that he suffered.  The people advising him on his health should be charged with murder, because that is what this is, and it happens every day in the medical profession.”

Heath Ledger (see post : “There’s Nothing Accidental About Murder” was also killed by “safe” medications; Farrah Fawcett is another that suffered at the hands of Western medical treatment for cancer; Patrick Swayze also passed away after putting his life in the hands of the oncologists and experimental chemotherapy; I believe Britney Spears’ melt-down was very likely preventable with the right nutrition and guidance; and Oprah Winfrey is obviously suffering from a thyroid disorder that has never been treated properly.”

And it look likely that the same thing happend to Brittany Murphy that happened to Heath Ledger, “murdered by the medical industry who yield their deadly poisons as if they were harmless;  market them as if they were genuinely here to help; and cover up negative studies about side effects so that they can make obscene profits off consumer ignorance.”

“Friends were also quoted as saying: ‘Brittany’s been living life on the edge. She definitely had a drug problem and we have begged her to seek help.  An unconfirmed report suggested she had become addicted to prescription drugs since taking painkillers after cosmetic surgery.
And tonight TMZ, the website which broke the news of Michael Jackson’s death, was reporting that a large amount of prescription drugs were found by police in the house. 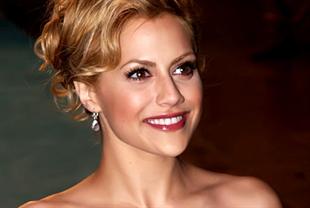 However, Ed Winter, Assistant Chief Coroner for Los Angeles County, tried to kill off speculation by saying there was no evidence that foul play or drugs played a part in her death… And an official said early indications are that Murphy died from natural causes.”

Again, the media will cover up the dangers of medication and another beautiful soul dies at their hands.  Yes, she may have had anorexia, and yes she may have chosen cosmetic surgery which left her in pain – but I can guarantee if she had have looked to the natural medicine world for answers instead of the medical industry – she would likely still be alive today.

Yes, I agree with everything you are saying here. I guess the only way to change this picture is that those of us who have websites and blogs that spread the word about natural healing methods just keep doing it long enough in hopes we can finally get noticed enough to change the picture.

This country is in a sorry state when the government supports Big Pharma and lets it keep advertising their poisons on TV and in the press. The medical community is just as bad when it continues to prescribe drugs for patient’s illnesses instead of using alternative cures. We need massive support from our citizens to complain to Congress about this disgusting situation.

Thanks for writing – yes I do believe all we can keep doing is spreading the word and letting the results speak for themselves. Eventually if there is no demand there will be no supply – dollars speak and we need to be very aware of what we choose to spend our dollars on and which industries to support.