I have a fascination in all things unexplainable and this story certainly fits into that category.  I think the essence of this story is what is important, not the actual facts surrounding it.  Messages of love, tolerance and acceptance never get old with me…

Mellen-Thomas Benedict is an artist who survived a near-death experience (NDE) in 1982. He was dead for over an hour and a half. During that time, he rose up out of his body and went into the light.

Curious about the universe, he was taken far into the remote depths of existence, and even beyond, into the energetic void of nothingness behind the Big Bang. 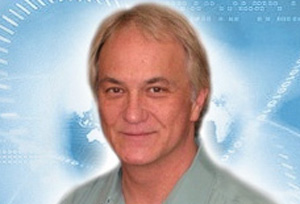 The Near-Death Experience of Mellen-Thomas Benedict

In 1982, I died from terminal cancer. My condition was non-operable. I chose not to have chemotherapy. I was given six to eight months to live. Before this time, I had become increasingly despondent over the nuclear crisis, the ecology crisis, and so forth. I came to believe that nature had made a mistake—that we were probably a cancerous organism on the planet. And that is what eventually killed me.

Before my near-death experience, I tried all sorts of alternative healing methods. None helped. So I determined that this was between me and God. I had never really considered God. Neither was I into any kind of spirituality. But my approaching death sent me on a quest for more information about spirituality and alternative healing. I read various religions and philosophies. They gave hope that there was something on the other side.

I had no medical insurance, so my life savings went overnight on tests. Unwilling to drag my family into this, I determined to handle this myself. I ended up in hospice care and was blessed with an angel for my hospice caretaker, whom I will call “Anne.” She stayed with me through all that was to follow.

I woke up about 4:30 am and I knew that this was it. I was going to die. I called a few friends and said good-bye. I woke up Anne and made her promise that my dead body would remain undisturbed for six hours, since I had read that all kinds of interesting things happen when you die. I went back to sleep. The next thing I remember….

You can read the rest of the story here